After the Civil War, Reconstruction tried to suppress white racism but was aborted prematurely leading to a near century of Jim Crow segregation in the South. Now, five right-wingers on the U.S. Supreme Court are contemplating a replay by stabbing at the heart of the Voting Rights Act, writes Lawrence Davidson.

Cultures can evolve over centuries and once their major parameters are set they have remarkable staying power. The notion that such parameters can be reversed in, say 48 years, is naive at best.

Nonetheless, the presumption that 48 years can eliminate historical racial prejudice in the U.S. South is indeed the basis of the attitudes of a potential majority of the U.S. Supreme Court when it comes to the landmark 1965 Voting Rights Act. 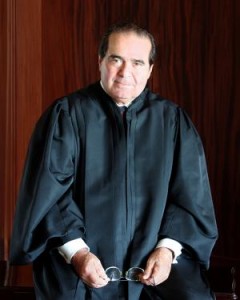 The 1965 Voting Rights Act (reauthorized for an additional 25 years by Congress in 2006) requires nine southern states and parts of seven others (including Michigan, New Hampshire and New York) to submit any changes in local voting rules to the Justice Department for prior review.

This was done to prevent voting procedures that discriminate against minority groups, a pre-clearance procedure under Section Five of the Act that has led the Justice Department to object to more than 2,400 state and local voting changes since 1982.

One might ask what are the odds that the federal government would raise frivolous and unjustified objections 2,400 times? Not likely. Thus, it is fair to conclude that racial discrimination still plays a role in the making of voting rules in many localities.

Why, after 48 years (counting from 1965), would that be so? A good part of the answer is that a culture of racism shaped the way of life, particularly in the southern United States, and it was only briefly interrupted by the Civil War and the federal government’s abolition of slavery through constitutional amendment.

After the war, there followed a period known as Reconstruction when the U.S. Army’s occupation of the South interfered with ingrained racist practices. But Reconstruction lasted only a brief 12 years, until 1877, and thereafter the South reverted to racist ways under a legal regime commonly known as “Jim Crow,” which lasted until the Civil Rights movement of the 1960s.

In other words, racism defined Southern culture and was prevalent in some of the North as well for hundreds of years.

This pervasive and long-lasting culture was reflected in local and regional laws. Laws, in turn, are to be understood as educational tools that tell citizens what society deems to be right and wrong behavior. If laws are consistently enforced over a long period of time, most citizens will internalize these messages; they will become part of the moral code.

Except for the 12 years of Reconstruction, the South had known nothing but racist rules of behavior right up to the middle of the 20th Century. And these, as a consequence, were thoroughly internalized.

What the civil rights laws did in the 1960s was to suddenly, and partially, reverse these educational messages. They did so partially because these laws concentrated on making discrimination illegal within the public sphere. You could no longer segregate public schools, hotels, restaurants and the like, as well as government offices.

Today, African-Americans can go into the South and check into a hotel, eat at a restaurant, shop where they want to without much trouble. However, if he or she does happen to have trouble, there is recourse under the law to deal with the problem. That has now been the case for 48 years (counting from 1965).

Yet this is not nearly enough time to have the message that racial discrimination is wrong penetrate deeply into the private sphere of a region where the opposite attitude has long been the default position.

My guess is that among some Southern citizens, the new egalitarian way of thinking is superficially there, and among others it is not there at all. What this means is that, if you withdraw the law, in this case Section Five, reversion to old discriminatory ways will likely be rapid.

An effort to rescind Section Five of the Voting Rights Act is now under way. The political officials of Shelby County, Alabama, have brought suit, and their case (Shelby County v. Holder) is now being heard by the U.S. Supreme Court.

Bert W. Rein, Shelby County’s attorney, argued that Alabama’s voter registration rolls show that minorities are now fairly represented and so the law is unnecessary in that state.

Justice Stephen G. Breyer suggested that Rein’s assertion demonstrates that the statute is working.  Breyer’s statement translates into the working assumption that Alabama’s good record of minority registration is there only because the law is there.

Chief Justice John G. Roberts Jr. asked if the Justice Department lawyers defending the law are asserting that “the citizens of the South are more racist than those in the North?” It is a question that calls into question the Chief Justice’s knowledge of U.S. history. Historically, Southerners certainly have been more racist than many Northerners.

For Bert Rein to prove his case, he should have to demonstrate that the people of Alabama, and particularly Shelby County, are now able to sustain racial equality in the public sphere without any federal oversight. On this account, it is to be noted that in 2008 the Justice Department sued the state of Alabama, including Shelby County, for refusing to stop using overly large voting districts that made it almost impossible for local minority groups to elect members to city or local councils.

Therefore, Justice Sonya Sotomayor observed that “some parts of the South have changed. Your (Rein’s) county pretty much hasn’t. You may be the wrong party bringing this (suit).”

Rein also argues that Section Five is unconstitutional because it singles out only certain states and regions for review while the Constitution is based on the equal application of the law. This argument has some logic to it. However, the thrust of this logic would not be to take Section Five requirements away from areas that may still require them, but to extend the law to the entire country.

However, there are four, and perhaps five, Supreme Court justices who are less interested in the constitutional voting rights of minorities than in the rights of the states to define voting rules. This attitude caused Robert Parry, in an article posted on the Consortium News website, to describe this potential majority as “neo-Confederate.”

Justice Anthony M. Kennedy has apparently taken just such a “states’ rights” position and described Alabama and other states as “independent sovereign” entities. He also asserted that “times change” and “while the provision (Section Five) was necessary in 1965, this is 2013.”

Of course, times do change, but how long does it take to change a culture? The most acerbic opinions came from Justice Antonin Scalia, who is generally described as “the intellectual anchor of the court’s conservative majority.” He is also quite pugnacious and such aggressiveness can sometimes serve as cover for weak arguments.

Scalia went on to assert that Section Five had created “black (voting) districts by law.” It just so happens that Scalia led the way in disallowing a suit (Vieth v. Jubelirer) in 2004 against the Republican-controlled Pennsylvania General Assembly for the partisan redistricting of congressional voting districts. Therefore, until he is ready to condemn such extensive gerrymandering on the part of Republicans, his complaining about “black districts” sounds like hypocrisy.

In these apparent “neo-Confederate” attitudes, Justices Kennedy and Scalia are joined by Justices Roberts, Thomas and perhaps also Alito, whose final stance on Section Five is not yet clear.

The Constitution as a Text

If the questions and answers of the justices are indicators of their positions, we have to assume that four, and perhaps five, out of the nine are ready to strike down Section Five of the Voting Rights Act.

Among the many messages that one can take away from such an action, an important general one is that socio-political progress is not inevitable. In terms of our social and political arrangements, the past and its faults are not dead and gone. They can come back.

And, because the Civil Rights laws only purged the public sphere of overt racism and have not had time to reorient the private sphere, there are plenty of Americans out there who are ready to turn back the clock on civil rights. There are even more Americans who don’t care one way or another and therefore would passively stand by while this turnabout takes place.

But what about the Bill of Rights? Isn’t that supposed to keep us all “free?” Well, the Bill of Rights was operative, at least in theory, during the period of the nation’s history when slavery and then Jim Crow practices were a daily way of life for African- Americans.

Yet it is clear from the history of general voter participation in elections that the majority of Americans do not pay close attention to politics, and even those who do are often all too easily swayed by everything from personal appearance to silly propaganda.

No, there is nothing inevitable about socio-political progress, and the Supreme Court may be about to prove that this is so.

9 comments for “Inviting a Return to Jim Crow Racism”