Establishment foreign policy writers Vali Nasr and David Ignatius have criticized President Obama for not listening more to supposed experts on world affairs — and concentrating decision-making in the White House but some of those experts have suffered from their own groupthink, as ex-CIA analyst Paul R. Pillar notes.

Vali Nasr has caused a stir, the kind that sells books, with a broadside against the Obama White House’s handling of policy on Afghanistan. His book and the broadside in it, excerpted in the current Foreign Policy, have already been the focus of a Michael Gordon article in the New York Times.

Nasr’s tale would appear to complement a pattern that David Ignatius identified and on which I commented last week, of decision-making being highly centralized in the White House. 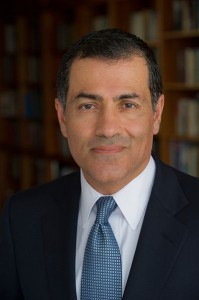 Nasr’s story does indeed do that to a degree, but the story itself is of a flavor that hardly qualifies it as a confirmatory source. It is a highly parochial viewpoint, with a tone that approaches vindictiveness. The strong subtext is the writer’s intense personal loyalty to his boss at the time, Richard Holbrooke.

Anything in which Holbrooke was prevented from getting his way is treated as ipso facto bad for the cause of sound policy toward South Asia. It is the sort of account that gets one thinking that there must be another side of this story, with neither side having exclusive rights to credibility. We may have to wait for post-Obama-administration memoirs to get the other side.

There is another sense in which Nasr’s story gets to something Ignatius and I were talking about, which is how a small group characterized by a strong sense of mutual loyalty is prone to groupthink. The White House is hardly the only place in government where such groupthink can arise. The acute within-group loyalty, which comes through strongly in Nasr’s account, in Holbrooke’s AfPak unit at the State Department made it a prime candidate for groupthink as well.

Even more obvious was another psychological phenomenon associated with such groups, which was the framing of just about everything in ins-vs.-outs, us-vs.-them terms.

The resulting dysfunction illustrates one of the things wrong in a faux-Machiavelli manual (in the same issue of Foreign Policy) by Elliott Abrams on how any president can “have his way on national security.” There are many things wrong with it, the most basic of which is the unstated assumption that an unrestrained president “getting his way” is better for the Republic than a president having to deal in a more bridled way with other parts of the government, or at least of the Executive Branch.

It is interesting that this perspective comes from Abrams, who was in the middle of one of the most vivid demonstrations, i.e., the Iraq War, of how disastrous it can be for the Republic when a president and a few appointees make policy unbridled by things like bureaucracies and policy processes.

Even if one accepts the presidential-power purpose of Abrams’s advice, there are other things wrong with it, contradictions, for example. Abrams is most often a fervent bureaucrat-hater; high on his list of maxims is “Don’t let your cabinet secretaries put career officials in top positions.” But later on he says, “Often, the best asset can be career officials themselves, if they can be brought around.” So it is only most bureaucrats he hates, and not the ones that are “brought around” to his views.

The basic justification that Abrams, and many others, make for staffing huge portions of the Executive Branch with temporary political appointees is that this will ensure the president’s policies are carried out. But carrying out the policies of whoever is the political master of the day is part of the essence of what a truly professional bureaucracy is all about.

Conversely, many of those appointees, however much they claim to be the president’s men (and women), aren’t really. They are political people with their own ideas, and their own ambitions to make their marks before they leave government.

The situation Nasr describes regarding Holbrooke is a strong demonstration of this. Of course, the problem was made especially acute because the person involved had a self-image and sense of self-importance that were colossal even by Washington standards. (In a possibly apocryphal story, a State Department wheels-down cable sent when Holbrooke arrived on a foreign trip read, “The ego has landed.”)

Would President Obama have been following Abrams’s advice if he had never appointed Holbrooke and Hillary Clinton (on whose presidential campaign Nasr and Holbrooke were working when they forged their close relationship) to their posts? Perhaps, but the Republic would not necessarily have been better off for it.

This question also brings to mind Lyndon Johnson’s earthy explanation, involving a camel being inside a tent rather than out of it, as to why he kept on J. Edgar Hoover as head of the FBI.