Over the centuries, Christian churches and allied rulers have tortured and killed countless fellow Christians for deviating from doctrinal claims about Jesus’s divine identity. But the historical record that exists indicates that those doctrines were tragically wrong, writes Rev. Howard Bess.

From the beginning of their relationship with Jesus, his disciples tried to figure out just who their friend, Jesus, was. The apostle Paul, who was the first follower to leave us a written legacy, was obsessed about the subject of Jesus’s truest identity.

After the generation of Paul and the original disciples, early followers manufactured their own version. Creeds and confessions were written to resolve the questions that were raised. The Emperor Constantine thought he could resolve the question and his efforts produced the Nicene Creed in the early Fourth Century CE. 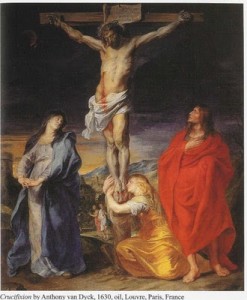 On Sunday as a part of their worship, millions of American Christians will dutifully repeat the Apostles Creed, thinking that they have somehow spoken a piece of theological truth about the truest identity of Jesus. Those who participate in repeating the Christian churches’ standard creed, the Apostle’s Creed, will do so with little understanding. A more thoughtful minority will again recognize that we need a new discussion.

Brian McLaren published a book in 2010 entitled A New Kind of Christianity. He is considered the Martin Luther of the current rapidly growing emergent Christian churches. He, like Luther, has a first-rate intellect and has generated considerable responses from dissenters. The subtitle of his book is “Ten Questions That Are Transforming the Faith.” They are McLaren’s equivalent of Luther’s 95 theses, which Luther tacked to the church door at Wittenberg.

In the list of ten questions, the third returns us to the question that challenged the disciples, the Apostle Paul, early followers of Christianity and Christians of every generation since. McLaren frames the question like this: “Who is Jesus and why is he important?”

Who was this young man who grew up in Nazareth in Galilee and taught so eloquently? Whether or not I agree with McLaren’s answers is not relevant. I would insist that McLaren is raising the correct question and that every thoughtful Christian should join in the discussion.

The discussion that is needed is a theological discussion. We need to be reminded that all theological discussions are time bound and prejudiced by the limited knowledge of the theologian. No theologian can escape his own spot in history. When examined, the Christian theology of the Fourth Century CE makes little sense in 2013. The Christian theology of today will not fit the thinking of believers in 2213.

Having set the theological stage, I feel free to share my response to this ageless question that still perplexes us in the 21st Century. Jesus was fully human in every sense of our best understanding. Using the critical disciplines of history, sociology, anthropology, language, psychology, archaeology and other scholarly tools, we can place Jesus in his historical context.

He grew up in Nazareth, a small town in northern Palestine. He was born poor and had special concerns about poor people and people who had been victimized by life. He was thoroughly Jewish and his beliefs were grounded in the Old Testament prophets, especially the prophet Isaiah. He challenged the religious, social and economic structures of his own day. While still a young man, Jesus was put to death by Roman soldiers for being an insurrectionist.  A body of his teachings has been preserved and continues to instruct us in the 21st Century.

This statement about the human Jesus, as best I can sort it out, is a statement of historical merit.

Christianity, like its Israelite roots, is incarnational. Broadly speaking, incarnation is the conviction that God participates in what he creates. Ideally, human beings and God are compatible. God loves, welcomes, empowers and gifts human beings. The Genesis creation story tells us that God created human beings in his own image. God fills people with his/her own spirit. Jesus related to God as a loving father. Intimacy is the normal and ideal character of the relationship between God and creation. God is loving and I have no need ever to fear God.

This statement about incarnation is a faith statement and can never be proved or disproved.

Paul wrote that “God was in Christ reconciling the world to himself.” He wrote, “The fullness of God dwelt bodily in Christ Jesus.”

These statements witness to a central truth about the identity of Jesus from Nazareth, that I, by faith, embrace. When the early church developed the doctrine of the Trinity and made Jesus a part of a Godhead, I believe they took incarnation beyond what is presented in the Gospels of Matthew, Mark, and Luke.

I have never embraced creedal understandings of Jesus. I never speak of Jesus as God. Jesus was a God-filled human being who invites us all to have that same relationship with a loving heavenly father.

9 comments for “Asking, Who Was Jesus?”