Exclusive: The Oscar for Best Picture went to Ben Affleck’s Argo, an escape-thriller set in post-revolutionary Iran. It hyped the drama and edged into propaganda. But Americans would have learned a lot more if Affleck had chosen the CIA coup in 1953 or the Republican chicanery in 1980, says Robert Parry.

In some ways it was encouraging that several Best Picture nominees had historical themes, whether they tried to stick fairly close to facts as in Lincoln on passage of the Thirteenth Amendment ending slavery or they just used history as a vivid backdrop for an imaginative story about slavery as in Django Unchained.

It’s less encouraging that the Motion Picture Academy selected as Best Picture Argo, which while based on real events underscored Hollywood’s timidity about taking on more significant and more controversial events on either side of Ben Affleck’s film about the CIA-engineered escape of six staffers from the U.S. Embassy in Iran in 1979. 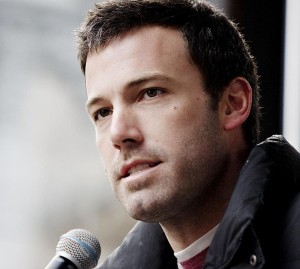 Actor/director Ben Affleck speaking at a rally for Feed America in 2009.

On one end of that storyline was the CIA-orchestrated overthrow of Iranian Prime Minister Mohammad Mossadegh in 1953, a tale involving legendary and colorful American spies led by Kermit Roosevelt. On the other side of the Argo events was the mystery of Republican interference in President Jimmy Carter’s desperate efforts to free 52 embassy employees who were captured in 1979 and held for 444 days.

True, both bookend stories remain more shrouded in uncertainty than the much smaller Argo tale, but enough is known about them to justify a dramatic treatment. Participants in the 1953 coup and in the 1979-81 hostage crisis have described the events in sufficient detail to support a compelling movie script. Indeed, Miles Copeland, a CIA officer who worked on the 1953 coup even reemerged for a cameo appearance in Republican activities around Carter’s frustrated hostage negotiations in 1980. [See Robert Parry’s America’s Stolen Narrative.]

I realize that Hollywood is not primarily interested in increasing understanding among adversarial nations. But either a movie about the 1953 coup or one going behind-the-scenes of the 1979-81 hostage crisis could help inform the American people about the complex relationship that has existed between the United States and Iran. It’s not just good guy vs. bad guy.

Of course, that might be the key reason why Hollywood found the little-known Argo story compelling and the other bigger stories to be non-starters. Argo did largely draw its narrative in black and white, with strong propaganda overtones, feeding into the current hostility between the United States and Iran over its nuclear program.

Despite a brief documentary-style opening referencing the 1953 coup and the dictatorial rule of the Shah of Iran until 1979, Argo quickly descended into a formulaic tale of sympathetic CIA officers trying to outwit nasty Iranian revolutionaries, complete with a totally made-up thriller escape at the end.

Charlie Wilson’s War portrayed the CIA-backed Afghan jihadists (or mujahedeen) as noble freedom-fighters and the Soviet pilots and soldiers trying to protect a communist government in Kabul as unmitigated war criminals and monsters. The nuances were all lost.

For instance, the communist regime for all its faults brought some measure of modernity to Afghanistan. Women’s rights were respected. Girls were allowed to attend school, and strict rules demanding segregation by sex were relaxed. Indeed, in the real history, the CIA-backed jihadists were motivated in large part by their fury over these reforms in women’s rights.

In other words, the CIA-backed jihadists were not the noble “freedom-fighters” as they were portrayed in the movie. They were fighting for the cruel subjugation of Afghan women. And the jihadists were notoriously brutal, torturing and executing captured Soviet and Afghan government soldiers.

However, that cruelty was not depicted in Charlie Wilson’s War, nor was it presented as the chief policy failure of U.S. war effort. According to the movie, the big U.S. mistake was a supposed failure to see the Afghan project through to the end, the alleged abandonment of Afghanistan as soon as the Soviet troops left in early 1989.

In the movie, Rep. Charlie Wilson, D-Texas, who is credited with organizing U.S. support for the Afghan “freedom-fighters,” is shown begging unsuccessfully for more money after the Soviets depart.

The real history is dramatically different. In late 1988 and early 1989, deputy CIA director Robert Gates and other key officials for the incoming administration of President George H.W. Bush rebuffed peace initiatives from Soviet President Mikhail Gorbachev who wanted a unity government that would bring the civil war to an end and prevent a wholesale return of Afghanistan to the Dark Ages.

Instead, the Bush-41 administration sought a triumphal victory for the jihadists and the CIA. So, contrary to the movie’s depiction of a cut-off of funds once the Soviets departed, the United States actually continued covert war funding for several more years in hopes of taking Kabul.

That rejection of Gorbachev’s initiative opened Afghanistan to the complete chaos that followed and finally the rise of the Pakistani-backed Taliban in the mid-1990s. The Taliban then hosted fellow Islamist extremist Osama bin Laden and his al-Qaeda terrorists.

Though Charlie Wilson’s War starring Tom Hanks was “just a movie,” it cemented in the American mind a false narrative which has been repeatedly cited by policymakers, including Defense Secretaries Robert Gates and Leon Panetta, as justification for continuing a U.S. military presence in Afghanistan.

Similarly, Argo confirms to many average Americans the unreasonableness of Iranians, who are portrayed as both evil and inept. If negotiations over Iran’s nuclear program collapse, this propaganda image of the Iranians could help tilt the balance of U.S. public opinion toward war.

By contrast, movies on the CIA’s 1953 coup or the Republican interference in Carter’s hostage negotiations in 1980 would demonstrate that there are two or more sides to every story. Granted, such movies would encounter powerful forces of resistance. The moviemakers might be accused of “blaming America first” and the Academy might shy away from handing out Oscars in the face of controversy.

But either of the bookend stories around Argo would get to more important truths than did this year’s Best Picture. The two stories would show how America has manipulated politics abroad and how that practice has come home to roost.

[For a limited time, you can purchase Robert Parry’s trilogy on the Bush family, which includes detailed accounts of these false narratives, for only $34. For details, click here.]

16 comments for “The Shortsighted History of ‘Argo’”