As neocons mount a last-ditch offensive to stop Chuck Hagel as Defense Secretary partly because he isn’t hawkish enough on Iran the war drums are beating again across Official Washington, drowning out any thoughtful cost-benefit analysis, as ex-CIA analyst Paul R. Pillar explains.

One of the most oft-repeated, widely accepted and habitually unquestioned beliefs about the Iranian nuclear issue is that if Iran got a nuclear weapon then Tehran would, merely by possessing such a weapon, even if it never detonated one, throw its weight around in the region in ways that it wouldn’t or couldn’t do without a nuke.

A nuclear-armed Iran, according to the belief, would coerce and influence neighbors in untold ways we are not seeing now from a non-nuclear-armed Iran. This belief is shared by a wide variety of people who disagree on other aspects of Iran and its nuclear program. 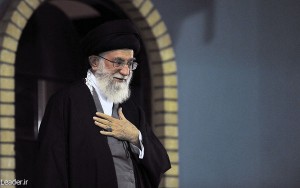 It is remarkable how a belief that has come to play such a major part in discussion about an issue as prominent as the Iranian nuclear issue has been so automatically accepted and so infrequently examined or questioned. Probably the most prominent questioning of it was in a short piece last year in Foreign Affairs by Kenneth Waltz.

But Waltz, despite his long-established reputation as an eminent political scientist, has been preemptively pigeon-holed on this issue as an outlier. He had long ago argued, without specific reference to Iran, that the spread of nuclear weapons has been more of a stabilizing than a de-stabilizing force.

His piece on Iran is titled “Why Iran Should Get the Bomb.” So, sort of like George Ball in his devil’s advocate role regarding the Vietnam War, Waltz with his argument on Iran has been treated as someone to be politely acknowledged but safely dismissed.

A few others have questioned the belief about Iranian nuclear coercion, bucking its entrenched status in the conventional wisdom. I did so a year ago, pointing out how the belief simply does not hold water when well-honed doctrine from the Cold War about nuclear weapons and influence is applied to it. Stephen Walt has also shot down the belief, reviewing how the history of nuclear weapons and attempts at coercion simply does not support it.

And yet the image of Iranian nuclear extortion continues to prevail, probably in large part because for most people it seems to make intuitive sense that ownership of something as awesome as a nuclear weapon ought to have a significant effect on the owner’s international relations.

Those still stuck in the intuitive mode ought to consider the findings of a study reported in the current issue of International Organization by Todd Sechser of the University of Virginia and Matthew Fuhrmann of Texas A&M. Their study is partly a rigorous quantitative version of what Walt did, as an examination of the historical record of attempts at coercion.

They used a comprehensive database covering both nuclear and non-nuclear would-be coercers and spanning the entire nuclear age and more. Their finding: possession of nuclear weapons does not help in coercing other states. This is true whether or not explicit threats to use the weapons are made (they seldom are).

Sechser and Fuhrmann accompany their quantitative results with the key analytical points that explain those results. Nuclear weapons are great for deterring a catastrophic action, one that would extinguish one’s regime. But they are not very useful in imposing one’s will regarding other matters.

They are less useful for that latter purpose mostly for reasons examined many years ago by Thomas Schelling when he contrasted deterrence with, his newly coined word, compellence. It is very difficult to threaten credibly the use of nuclear weapons to coerce change to a situation that the threatener has already been living with. And the very awesomeness of nuclear weapons means great costs to anyone who uses them, even if the use does not start a full-scale nuclear war.

Given the stakes involved in the Iranian nuclear matter, with talk still out there about the “military option”, it is irresponsible for so many people who talk about the subject to be relying on intuition rather than on analysis and the historical record.

← Hyping Iran Nukes, Again
How Neocons Messed Up the Mideast →

3 comments for “Weighing a Possible War on Iran”