From the Archive: Pope Benedict XVI’s abdication ends the career of a Catholic intellectual who understood the need for Church reform  but joined with John Paul II and other conservatives to protect an autocratic system that failed to stop pedophile priests or meet the needs of the faithful, wrote Catholic theologian Paul Surlis in 2012.

By Paul Surlis (First published on June 28, 2012 and slightly updated)

A half century ago, the Second Vatican Council, which opened on Oct. 11, 1962, sought structural changes in the Catholic Church, reforms that were supported by the Council but were undermined or ignored, especially by Pope John Paul II and Pope Benedict XVI.

One structural change called for collegiality, which would have had profound implications for accountability and transparency, both of which are needed in the Vatican and in the Church at large. Collegiality means that all the bishops as a collective have a role in Church governance as a matter of divine law and in a way that makes them a counterpart to the centralism that has prevailed in the Church for more than a millennium. 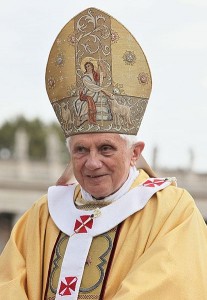 During that time, the papacy, with its monarchical structure and assisted by the curia which is the civil service of the pope, has assumed absolute power  legislative, executive and judicial, in the governance of the Church. The Second Vatican Council advocated collegial structures to balance centralism of this sort whether exercised in the Vatican, in dioceses or in parishes.

The accountability and transparency, which would have come from greater collegiality, might have spared children from abuse at the hands of pedophile priests and prevented the cover-ups that allowed this scandalous behavior to spread and grow more egregious.

The lack of collegiality has allowed other problems to worsen, too. Among these is the rigid insistence that only celibate, male Catholics may be considered for ordination.

Even though married Anglican clergy and ministers from Reformed traditions may be re-ordained and serve in Catholic communities, limitation of ordination to celibate males has the effect of causing a Eucharistic famine which affects thousands of Catholic communities all over the world. People are denied full Eucharistic liturgies which should be the center and source of their spiritual lives.

Yet, maleness and celibacy are humanly imposed conditions for ordination and both are now obsolete. Insistence on them is depriving Catholics of full liturgical and sacramental celebrations to which they have a right, not by Vatican concessions but by divine law.

The Vatican, with its centralized power structure, turns a deaf ear to requests from lay persons, priests and bishops for open and honest debate on optional celibacy for priests despite the fact that it obtained until 1139 when mandatory celibacy for the western (Roman) Catholic Church was introduced.

When Pope John Paul II declared that the question of the ordination of women was settled definitively, he was declaring that his will on the issue had the force of law. This is called voluntarism and it has never been embraced in the moral tradition of Catholicism.

Before a theological issue can be decided definitively, it must first have been studied in its scriptural and historical dimensions; it must be prayed over; and the faith of the People of God, the Church, must be consulted to see where it stands on the issue.

Even a pope cannot bypass these procedures and declare that his favored position has the force of law. If he does, he is being dictatorial, which Pope John Paul II often was. Thus, his decision on the ordination of women was far from being infallible. Indeed, it has no validity and should be disregarded as worthless.

If true collegiality had been implemented at all levels as the Second Vatican Council clearly intended, we might not have been spared all the recent abuses, but we surely would have avoided their worst excesses. We also would be on the way toward resolving them through dialogue and discernment in synods local, national and universal in which the entire People of God would be involved.

This is how issues were dealt with in the early Church, and it is this collegiate structure and practice that the Second Vatican Council wished to restore with its embrace of collegiality.

In the Second Vatican Council’s Dogmatic Constitution on the Church (promulgated on Nov. 21, 1964), we read: “Just as, in accordance with the Lord’s decree, St. Peter and the rest of the Apostles constitute a unique Apostolic college, so in like fashion the Roman Pontiff, Peter’s successor, and the bishops, the successors of the apostles, are related with and united to one another likewise the holding of councils in order to settle conjointly all questions of major importance points clearly to the collegiate character and structure of the Episcopal order, and the holding of ecumenical councils bears this out unmistakably.”

Ironically, one of the principal architects of this pivotal paragraph on collegiality was Professor Joseph Ratzinger, now Pope Benedict XVI. Indeed, the most lucid and supportive commentary on structural reforms  mandated by the Second Vatican Council is to be found in Dr. Ratzinger’s Theological Highlights of Vatican II, a collection of commentaries each written after each session of the Council and republished by Paulist Press in 2009.

Dr. Ratzinger refers to councils of national Conferences of Bishops as “a new element in the Church’s structure (that) form a kind of quasi-synodal agency between individual bishops and the pope. In this way a kind of continuing synodal element is built into the Church, and thereby the college of bishops assumes a new function.”

Dr. Ratzinger refers to a “fundamental innovation” in the Latin church whereby “the formulation of liturgical laws for their own regions is now, within limits, the responsibility of the various conferences of bishops. And this by virtue of their own independent authority.”

He also refers to Pope Paul VI inviting the Council to consider “the creation of a new organ, a kind of Episcopal council not to be understood as subordinate to the curia but rather as a direct representation of the world episcopate” and with mainly elected bishops and permanently in session. Such a permanent synod would have authority over the curia, which today co-rules the Church with the Pope and controls the bishops of the Church.

If the will of the Second Vatican Council, the supreme teaching authority in the Church, had not been subverted on these issues by Pope John Paul II (who worked tirelessly to undermine national conferences of bishops) and today by Benedict XVI, we would have accountability and transparency in the Church.

Instead, Catholics are deprived of priests and full Eucharistic liturgies. Precious Catholic liberties are stolen from them not by secular governments but by the Vatican and its accomplices.

Surely, such theft of precious religious rights from the People of God by Vatican intransigence should be where Cardinal Timothy Dolan of New York and Archbishop William Lori of Baltimore should focus their zeal to arouse Catholics to battle for their precious liberties and rights.

← Can Obama Do Nixon-to-China on Iran?
To Obama: Close the Deal with Iran →

5 comments for “The Thwarting of Catholic Reform”