“The Gatekeepers,” a new documentary, records the views of the Israeli security officials most responsible for suppressing Palestinian resistance and their growing doubts about the strategy of endless repression. But even this criticism glosses over the depth of the problem, writes Lawrence Davidson.

There is a new documentary movie about Israel called “The Gatekeepers,” directed by Dror Moreh and featuring interviews with all the former leaders of the Shin Bet, the country’s internal security organization.

The Shin Bet is assigned the job of preventing Palestinian retaliatory attacks on Israel and, as described by Moreh, the film “is the story of Israel’s occupation of the Palestinian territories as told by the people at the crossroads of some of the most crucial moments in the security history of the country.” Along the way it touches on such particular topics as targeted assassinations, the use of torture, and “collateral damage.” 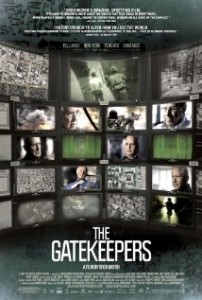 “The Gatekeepers” has garnered a lot of acclaim, playing at film festivals in Jerusalem, Amsterdam, New York, Toronto, Venice and elsewhere. It has won the Los Angeles Film Critics Association’s Best Documentary Award. It has been nominated for an Oscar.

In order to promote “The Gatekeepers,” Moreh has been doing interviews and recently appeared on CNN with Christiana Amanpour. He made a number of salient points, as did the Shin Bet leaders in the clips featured during the interview.

Moreh says, “if there is someone who understands the Israeli-Palestinian conflict, it’s these guys,” the Shin Bet leaders. Actually, this not necessarily true. One might more accurately claim that these men, who led Israel’s most secretive government institution, were and are so deeply buried inside their country’s security dilemma that they see it in a distorted fashion (with only occasional glimmers of clarity).

For instance, Avraham Shalom, head of the Shin Bet from 1981-1986, tells us that “Israel lost touch with how to coexist with the Palestinians as far back as the aftermath of the Six Day War in 1967 when the country started doubling down on terrorism.”

But is this really the case? One might more accurately assert that Israel had no touch to lose. Most of its Jewish population and leadership have never had an interest in coexistence with Palestinians in any egalitarian and humane sense of the term. The interviewed security chiefs focus on the Palestinians of the West Bank and Gaza because they are the ones who offered the most resistance to conquest. But what of the 20 percent of the population of Israel who are also Palestinian and who actually lived under martial law until 1966? You may call the discriminatory regime under which these people live “coexistence,” but it is the coexistence of superior over the inferior secured largely by intimidation.

Moreh insists that it is the “Jewish extremists inside Israel” who have been the “major impediment” to resolving issues between Israel and the Palestinians. The film looks at the cabal of religious fanatics who, in 1980, planned to blow up the Muslim shrine of the Dome of the Rock on Jerusalem’s Temple Mount, as well as the assassination of Prime Minister Yitzhak Rabin in 1995. Yet, as dangerous as Israel’s right-wing extremists and settler fanatics are, focusing exclusively on them obscures the full history of the occupation.

By 1977, when Menachem Begin and Israel’s right-wing fanatics fully took power, the process of occupation and ethnic cleansing was well under way. It had been conducted against both the Arab Israelis from 1948 onward, and against the Palestinians of the West Bank and Gaza after 1967. In both cases, it was initiated by the so-called Israeli Left: the Labor Party led by such people as David Ben-Gurion, Golda Meir, Shimon Peres, and Yitzhak Rabin himself. Amongst the Israeli leadership, there were no clean hands.

Finally, Dror Moreh repeatedly pushes another message: “a central theme of the documentary is the idea that Israel has incredible tactics, but it lacks long-term strategy if [security] operations do not support a move toward a peace settlement, then they are meaningless.”

Again, this assessment reflects Moreh being so deeply situated inside of the problem that he cannot perceive it clearly. Moreh assumes that achieving peace with the Palestinians is the only “long-term strategy” Israel could possibly have and, in its absence, Israel pursues no strategy at all.

However, an objective assessment of Israeli history tells us that there has been another strategy in place. The Zionist leaders have, in fact, always had a long-term strategy to avoid any meaningful peace settlement, so as to allow: 1. occupation of all “Eretz Israel,” 2. the ethnic cleansing or cantonization of the native population, and 3. settlement of the cleansed territory with Jews.

It is because of this same naivete that Moreh confesses himself “shocked” when Avraham Shalom compares the occupation of the Palestinian territories to “Germany’s occupation of Europe.” It is to Shalom’s credit that he made the statement on camera, and to Morah’s credit that he kept the statement in the final version of the film. But then Moreh spoils this act of bravery when he tells Amanpour: “Only Jews can say these kind of words. And only they can have the justification to speak as they spoke in the film.”

Well, I can think of one other group of people who has every right to make the same comparison Shalom makes the Palestinians.

For all its shortcomings, the film is a step forward in the ongoing effort to deny the idealized Zionist storyline a monopoly in the West. Indeed, that “The Gatekeepers” was made at all, and was received so positively at major film venues, is a sign that this skewed Israeli storyline is finally breaking down. Certainly, this deconstruction still has a long way to go, but the process is picking up speed.

On the other hand, there is something troubling about the belated nature of the insights given in these interviews.  They are examples of what I like to call the “retired official’s confession syndrome.” Quite often those who, in retirement, make these sorts of confessions were well aware of the muddled or murderous situation while in office. But, apparently, they lacked the courage to publicize it at the time. It would have meant risking their careers, their popularity, and perhaps relations with their friends and family.

One is reminded of the fate of Professor Ilan Pappe, who has stood up and lived his principles, and eventually lost his position at Haifa University and was, in the end, forced into exile. For most, however, including these leaders of the Shin Bet, their understanding was clouded and their actions skewed by a time-honored, but deeply flawed, notion of “duty” to carry on like good soldiers.

To date, Israel’s leaders and Zionist supporters have shown an amazing capacity to ignore all criticism. The newly re-elected Prime Minister Benjamin Netanyahu has let it be known that he has no intention of watching “The Gatekeepers.” It is also questionable how many of those who voted for him, or other right-wing politicians, will bother to seek the documentary out.

Israel’s government has recently made the decision to ignore the country’s obligations under the United Nations Human Rights Charter, a decision signaled by its representatives refusal to show up for the country’s “universal periodic review” before the Human Rights Council. Nor is there any sign that any new right-wing led government coalition will stop the ethnic cleansing and illegal colonial repopulation of East Jerusalem.

The only reasonable conclusion one can come to is that it will take increasing outside pressure on Israel, in the form of boycotts, divestment and sanctions, to convince a sufficient number of that country’s Jewish population that they must change their ways. To not change is to acquiesce in Israel’s evolving status as a pariah state.

The irony of it all is that that status will have little to do with most of Israel being Jewish (that is, it will not be a function of anti-Semitism). Yet, it will have everything to do with the fact that, in this day and age, not even the Jews, who have been subjected to some of history’s worst acts of racism, have the right to maintain a racist state.

← How the Iraq War Was Sold
Guardrail Design Raises Concerns →

4 comments for “The Secrets of ‘The Gatekeepers’”