The Obama administration is pushing back against pressure to jump into a new “counterterrorism” conflict in northern Africa, with some officials saying an overreaction to unrest in Mali and Algeria could make matters worse. There’s also the danger of over-interpreting isolated events, writes ex-CIA analyst Paul R. Pillar.

Despite much confusion surrounding the attack and taking of hostages at a natural gas facility in a remote part of eastern Algeria, there has been little shortage of instant analysis about the incident’s larger meaning. A claim that the attack was a reprisal for Western intervention in Mali has been readily accepted by some as the chief motivation, leading to stories about a spreading conflagration in the Sahel and Sahara.

An opposing view was expressed by British Foreign Secretary William Hague, as he was having to acknowledge the death of at least one British citizen and the holding of an undetermined number of others hostage, and also having to respond to charges that these people were targeted because of Britain’s assistance to the French military intervention against insurgents in Mali. 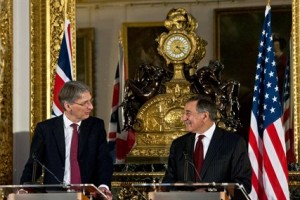 The two events could not be linked, said Hague. “That is a convenient excuse,” he stated, “but usually operations such as this [the terrorist attack in Algeria] take longer to plan.”

Reasonable arguments can be made on either side of this disagreement. On one hand, there was an explicit claim of linkage to the situation in Mali. There also was a conspicuous coincidence of timing for an incident that marked an escalation in attacking hydrocarbon facilities in Algeria.

On the other hand, taking of foreign hostages is not new for the assortment of radical groups that operate in that area, including the one implicated in the current incident. Moreover, the incident occurred more than 600 miles from Mali, in a location much closer to the Libyan border.

A common tendency is to try to extract bigger and broader implications from a salient individual event than the event itself warrants, even if we had perfect information about the event, which we seldom do. This tendency is partly the product of pressure on journalists and others to come up with such analysis, and partly a consequence of a more general human proclivity to jump to conclusions.

More data points than a single incident are required to confirm a pattern or trend. Nonetheless, when some debatable incident such as this occurs, we may still have good reason to infer a larger pattern based partly on other evidence and on what are reasonable connections to draw. It would be foolish to deny the existence of such a pattern only because a single case before us is insufficient proof.

Even if one shares Mr. Hague’s skepticism about the incident in Algeria, it is reasonable to infer that this is the kind of terrorist targeting of Westerners that is likely to result from the kind of Western action taking place in Mali.

It is a reasonable inference because of the ample prior evidence of how forceful intervention and occupation, or support for someone else’s forceful intervention or occupation, elicits terrorist reprisals among the more extreme-minded among those who get angry about such things. In this sense the instant analysis drawing a link between Mali and Algeria is valid, even if it may assume too much regarding things we still do not know about the latest incident.

All of this is related to how unstable areas with groups of Islamist radicals roaming around in them, such as this part of Africa, should figure into strategy about counterterrorism. The dominant and unjustified U.S. view, which I addressed earlier as it applies to Mali, is to see each such area as a potential “base” for terrorist operations against the United States and to see the need to prevent such a “base.”

It is reassuring to see in reporting by Mark Mazzetti and Eric Schmitt of the New York Times that this view is now getting questioned inside the administration. Some doubt that the groups in northern Mali pose a threat to the United States, and:

Moreover, the hostage situation in Algeria has only heightened concerns that a Western military intervention could transform militant groups that once had only a regional focus into avowed enemies of the United States, in other words, that the backlash might end up being worse than the original threat.

The best way the incident in Algeria can lead to productive policy thinking is not so much to dwell on the details of that one event (and may we all be spared anything like the endless fixation on the incident last year in Benghazi). Rather, it is to use the event as a prod for searching examination of larger assumptions about counterterrorist strategy and about such things as the backlash that one’s own actions may generate.

← The Moral Torment of Leon Panetta
The Second Amendment’s History →

2 comments for “Looking Before a Leap into Africa”