As America prepares for the Second Inaugural of its first African-American president and as demands grow for some commonsense gun control after a horrific school massacre the Right is arming itself amid hysterical rhetoric about the need to “shoot tyrants,” ex-CIA analyst Paul R. Pillar notes.

A public discussion at the Council on Foreign Relations last week was concerned with identifying particular trouble spots and troublesome issues around the world that are apt to demand policy attention during 2013. One of the speakers, David Gordon of the Eurasia Group, mentioned in passing that an issue he was not worried about this year was radicalism in developed countries. He did not specify what variety of radicalism; probably most in the room simply assumed he was referring to the Islamist variety.

That variety, after all, as it manifests itself both at home and abroad, has now been for some time almost the sole preoccupation in the United States as far as violent radicalism is concerned. When Peter King, as chairman in the previous Congress of the House Committee on Homeland Security, conducted a series of hearings on terrorist threats in the United States, the subject was all Islamist, all the time. 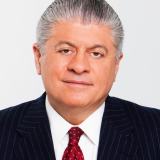 One hazard of such a narrow focus on one type of radicalism is to reduce the likelihood we will notice the rise of other types. Different types of radicalism, and the subsets of it that involve terrorist violence, come and go in waves, as they have over the past several decades.

The rise of any one wave is generally related to the broader political environment in two somewhat antipodal ways. The radicalism usually is embedded in a larger mood, movement or ethos. But it also usually is a reaction against some political trend or development.

While keeping these patterns in mind, it would be useful to look again at a report that was prepared four years ago in the Department of Homeland Security. The report was titled Right-wing Extremism: Current Economic and Political Fueling Resurgence in Radicalization and Recruitment. Its release led to an uproar among those on the Right who were uncomfortable with any government report acknowledging that there is American extremism on the Right.

Secretary of Homeland Security Janet Napolitano, evidently anxious to reduce her vulnerability to charges of politically-inspired analysis, responded by withdrawing the report, saying it had not been properly vetted within the department. DHS’s analytical work on right-wing extremism has reportedly been reduced to a single employee.

The report, which nonetheless made it into the hands of news agencies, may be one of the more worthwhile reads among government documents having such a short official shelf life. The report stated that although there were at the time no known plans among right-wing extremists to commit specific acts of terrorism, such extremists “may be gaining new recruits by playing on their fears about several emergent issues.”

One of those bits of grist for the fear-mongering was “the election of the first African-American president.” Another was the prospect of gun control:

Proposed imposition of firearms restrictions and weapons bans likely would attract new members into the ranks of right-wing extremist groups, as well as potentially spur some of them to begin planning and training for violence against the government. The high volume of purchases and stockpiling of weapons and ammunition by right-wing extremists in anticipation of restrictions and bans in some parts of the country continue to be a primary concern to law enforcement.

The report-writers likened what they were seeing to what was happening with this extremist fringe in the 1990s. Although we have not witnessed in the subsequent four years anything like a repetition of the Oklahoma City bombing of 1995, other indications suggest the report was on to something.

Charles Blow in the New York Times alludes to some of this when he notes, using data compiled by the Southern Poverty Law Center, that the anti-government “Patriot” movement has burgeoned since 2008, having grown to more than 1,200 groups nationwide by 2011. More than a fourth of these are militias that perform paramilitary training.

Now in 2013, we are about to have the second inauguration of that same African-American president, the one with the foreign-sounding name. Gun control is also again prominently on the national agenda, owing mainly to more mass shootings in schools.

And some of the rhetoric that melds resistance to gun control with a broader anti-government agenda is nothing short of frightening. Here’s what Fox News commentator and, believe it or not, former judge Andrew Napolitano (no relation to Janet) wrote last week:

If shooting, or bombing, growing out of this type of attitude starts, we should already have a fairly good idea of what the perpetrators are opposed to. We ought to reflect as well on the other part of how a wave of extremism fits into the larger political environment, i.e., how it is the extreme tail of some more broadly shared way of thinking.

The roots of current anti-government sentiments are diverse, of course. And as for the gun control part of this, we know that the lobby opposing controls is as rich and potent as ever. We also should acknowledge the growth of a form of political intolerance in which some people believe that having their particular preferences prevail is so important that it is worth inflicting, or threatening, harm to the country.

It looks as though we are about to see a non-kinetic form of this again in Congress in a few weeks.  We should not be surprised if extremists use the kinetic form.