Exclusive: The irony of the NRA’s crackpot idea for protecting America’s children by dramatically expanding the use of armed guards is that the proposal would push the U.S. further down the path toward a police state, threatening the “liberties” that the NRA claims it wants to ensure, writes Robert Parry.

If one follows the “logic” of the National Rifle Association’s Wayne LaPierre, the United States should become an armed camp with armored-up police carrying high-powered weapons stationed at virtually every location where children might congregate and where a crazy person might show up with a semi-automatic assault rifle.

After all, why stop at protecting schools? A mentally unstable individual could just as easily walk into a shopping mall at Christmas and murder kids waiting to talk to Santa Claus or enter a theater showing a Disney film and open fire on the tiny movie-goers or stroll onto a field where children are playing soccer and empty a 100-round magazine. 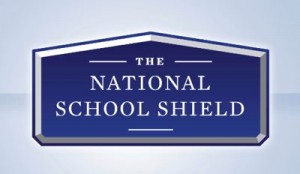 If we are to really protect the children as LaPierre suggests, we should have armor-encased SWAT officers at literally every event where there are kids. It clearly wouldn’t do to just have some donut-eating cops with simple sidearms. All they would do is provide initial target practice for a gunman with his Bushmaster AR-15.

No, we would need “good guys with guns” at least equal in firepower to the “bad guys with guns.” That is, if we were to apply LaPierre’s reasoning as expressed at the NRA’s news conference on Friday, belatedly responding to the massacre of 20 schoolchildren and six teachers in Newtown, Connecticut, a week earlier.

So, rather than enact commonsense gun-control laws that could begin ratcheting down America’s crazy arms race, LaPierre recommends escalating the arms race by turning pretty much the entire country into security zones, the sort that U.S. airports have become, except at airports the passengers are not allowed to carry guns.

Everywhere else if LaPierre and the NRA’s benefactors in the gun industry have their way “good guys” will be wielding lethal weapons for self-defense and for the defense of others, unless, of course, one of the “good guys” snaps and suddenly becomes a “bad guy.” Or a “good guy” might misinterpret a move by a suspected “bad guy” and start blasting away under the NRA’s “stand your ground” principle.

Presumably, then, others might join in with their Bushmasters and then one of the omnipresent SWAT officers might have to unleash his own lethal firepower to bring matters under control.

It’s been noted that at the Columbine massacre, there was an armed officer present who fired on the gunmen but missed, failing to deter the slaughter. And, in stopping a knife-wielding man in Times Square, trained New York police officers wounded nine civilians.

In other words, the cinematic version of gunplay, as envisioned by LaPierre and right-wing politicians like Newt Gingrich, in which the hero-policeman or the hero-civilian fires one precise shot to take out the villain-gunman isn’t how things play out in real life. Usually there’s a lot of collateral damage.

Ironically, LaPierre seems to have watched too many of those violent movies that he blames for America’s epidemic of gun violence.

Ironically, too, LaPierre and his fellow-travelers claim they are all about “liberty,” i.e. their twisted historical narrative that insists the Framers included the Second Amendment because they wanted the American people to go to war with their own constitutionally elected government.

But LaPierre’s prescription for addressing the need to protect America’s children is to further militarize American society. A country with SWAT teams deployed preemptively at every public place where a deranged gunman might murder children is a nation with all the trappings of a police state.

LaPierre’s defenders might say that his recommendation only applies to schools, a proposal that would require its own massive reallocation of government resources. But even this gargantuan obligation to defend all schools all the time would not achieve the desired goal of protecting the nation’s children.

That would require a much larger effort, practically a permanent deployment of militarized SWAT teams everywhere at all times. Which, in turn, might convince “liberty-loving” Americans that it’s finally time to put that arsenal in the basement to use for real, fighting against the oppressive state.

Of course, the real American Framers, people like James Madison and George Washington, were not crazed ideologues like Wayne LaPierre. They were pragmatic nationalists who feared the danger to their newly independent nation if “domestic Tranquility” could not be achieved through the creation of effective governance.

The Framers assembled in Philadelphia in 1787 to replace the ineffective, states’-rights-oriented Articles of Confederation. In writing the U.S. Constitution, they opted instead for a new democratic Republic with a strong central government. [See Robert Parry’s America’s Stolen Narrative.]

With memories of the 1786-87 Shays’ Rebellion still fresh, Madison and Washington led the way in devising a system that allowed for the expression of popular will through the House of Representatives, elected every two years, yet with safeguards against hasty changes by having the Senate, elected (then by state legislatures) to six-year terms.

Contrary to the Right’s current false narrative, the Framers were not inviting armed resistance to the government by adding the Second Amendment. After all, the Framers mostly were the government. In the Constitution, they also defined armed rebellion “levying war against” the United States as treason, and they included a federal guarantee to protect the states “against domestic Violence.”

The Second Amendment with its right to bear arms was added to the Constitution with the preamble that “A well regulated Militia, being necessary to the security of a free State,” indicating that its chief purpose was to enable the government to form militias to maintain “security,” not to invite violence and insecurity.

Simultaneous with the ratification of the Bill of Rights, i.e. the first ten amendments in 1791, was an anti-tax uprising in western Pennsylvania known as the Whiskey Rebellion. So, with the Second Amendment on the books, the Second Congress enacted the Militia Acts of 1792, which mandated all military-age white males to procure a musket and other equipment so they could participate in militias.

State militias were organized or strengthened, and President Washington personally led a combined force of state militias numbering around 13,000 men to suppress the Whiskey rebels in 1794. In other words, the first use of the new militia powers was to put down a popular revolt, not invite one.

Yes, I know the Right has cherry-picked some inflammatory comments by Founders to suggest that they wanted an armed population to wage perpetual revolution, but that is not what the historical record indicates. The leading lights of the Constitution were mostly aristocrats, like Washington and Madison, who had personal as well as political interests in making the American experiment succeed with minimal domestic unrest.

Thomas Jefferson was perhaps the most incendiary of the major Founders, but significantly he did not participate in the Constitutional Convention in 1787 because he was serving as America’s ambassador to France. Thus, he was not a Framer of the Constitution, though he generally supported it.

Jefferson also was a notorious hypocrite, proclaiming that “all men are created equal” in the Declaration of Independence of 1776 but justifying his slave-holding by arguing for white superiority in his 1781 Notes on the State of Virginia. As the nation’s third president from 1801-09, one of Jefferson’s principal fears was the possibility of slave revolts like the one that occurred in Haiti.

Indeed, contrary to the Right’s current mythology about the Framers wanting an armed population to resist the tyranny of their own government, the Framers actually saw the arming of whites as a means of crushing slave revolts, as well as providing “security” on the frontier and the ability to put down other insurrections, like the Whiskey Rebellion.

Until 2008, when modern right-wingers had control of the U.S. Supreme Court, the Second Amendment had been interpreted as a collective right for a “well-regulated Militia,” not an individual right. But Justice Antonin Scalia led four other right-wing justices in reversing that longstanding precedent though still recognizing the government’s right to establish some reasonable limits on gun ownership.

Scalia is one who often insists that the “original intent” of the Framers must be followed. But he ignored the evidence that the Framers saw the Second Amendment as a means to promote “security,” not insecurity.

It’s also obvious that the Framers lived in a world of single-fire muskets that required time-consuming reloading between shots.The Framers had no experience with repeat rifles, let alone semi-automatic assault rifles with 100-bullet magazines, the kind of weapon that could kill 20 schoolchildren and six teachers in a matter of minutes.

Yet, LaPierre and other right-wingers insist that the “liberty” to own such weapons was what the Framers intended and is therefore inviolate.

So, to maintain this fictional “liberty,” LaPierre and his allies offer two principal solutions: one, to crack down on the media for glamorizing violence (despite the protections of the First Amendment) and put the United States on course to become ever more a police state, where heavily armed “good guys” are on guard almost everywhere waiting to gun down some perceived “bad guy.” On top of that there is the ghastly prospect that poorly trained citizens will be encouraged to whip out their own guns and start firing at every possible threat.

Surely, this is not what the Framers had in mind to “insure domestic Tranquility.”