Outgoing members of Congress even as they consider legislation in the lame-duck session are preparing their exits through the revolving door to lucrative lobbying jobs, often with industries they assisted while doing the “people’s business,” as Bill Moyers and Michael Winship explain.

Last week, we talked about the infernal revolving door between government and big business and how one person in particular, Liz Fowler, has spun through it so many times she may need to take something for motion sickness. Which makes it a good thing that she’s going back to work as a lobbyist for the health care industry, where presumably she can get a prescription filled.

Fowler used to be a lobbyist with the health insurer WellPoint. Then she went to Capitol Hill as Sen. Max Baucus’s health care reform architect followed by some time at the Department of Health and Human Services and Barack Obama’s White House. Now she’s headed back to the private sector, going to bat for the medical giant Johnson & Johnson where no doubt her deep insider knowledge of Washington will be worth every dollar. 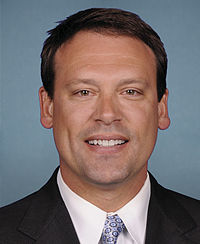 We were reminded of the revolving door again when Bill spoke with Tony Kushner, the screenwriter of “Lincoln,” on this week’s edition of Moyers & Company. Early in the film, Lincoln tells his Secretary of State William Seward that he wants to ram through a lame-duck House of Representatives the Thirteenth Amendment, abolishing slavery. He needs support from his opposition, the Democratic Party. Seward says there’s none to be had but the politically savvy Lincoln reminds him that 64 Democratic members have just lost reelection and will be looking for jobs.

“If procuring votes with offers of jobs is what you intend,” Seward replies, “I’ll fetch a friend from Albany who can supply the skulking men gifted at this kind of shady work.” And so he does.

The more things change, the more they remain the same. The actual revolving door may not have been invented until 1888, more than 20 years after Lincoln’s death, but the principle already was firmly in place back then and still turning ‘round today, especially among departing members of the House. They’re looking for jobs and the siren call of K Street is irresistible.

Some didn’t wait, and lined up their cushy lobbying positions even before their terms have officially ended. Outgoing House Rep. Jason Altmire, a Pennsylvania Democrat, was a health care lobbyist before being elected in 2006. He opposed Obamacare. Now he’s hooking up with Florida Blue they run that state’s Blue Cross and Blue Shield as senior vice president for public policy; a fancy title for lobbyist.

Heath Shuler, Democratic representative of North Carolina and former NFL quarterback, is helping lead the congressional effort to prevent a plunge over the so-called fiscal cliff. Come January, he moves on to be senior vice president of federal affairs for the biggest electrical power company in the country, Duke Energy. Duke has enjoyed extensive tax subsidies and in the years 2008-2010 receiving tax refunds of $216 million while reporting a $5.5 billion profit.

Another case of coincidence, apparently, which is funny because only a few months ago, Shuler was in total denial when investigative reporters Lee Fang and Ziad Jilani asked him about his future:

Fang: Are you going to become a lobbyist?

Jilani: What do you plan to do after you retire?

Shuler: Have a better job than you guys have, that’s for sure.

In pursuit of a so-called better job a lobbying job even a House member who was easily reelected is abandoning the ship of state. Republican Congresswoman Jo Ann Emerson of Missouri just won her ninth term with a whopping 72 percent of the vote.

Hardly had the voters re-elected Emerson then she jilted them. She’s leaving to become head of the National Rural Electric Cooperative Association, a lobbying group which over the years coincidentally, of course has been her largest campaign contributor.

An editorial in the Kansas City Star noted that “As a congresswoman, Emerson was paid in campaign donations to help rural electric cooperatives avoid tough environmental regulations and reap tax credits. As a soon-to-be overseer of a large staff of lobbyists, she’ll be paid even more handsomely.” We don’t know what her new salary will be but the former congressman who had the job two years ago was paid $1.5 million, a number which would boost Emerson’s current paycheck by 862 percent.

Lobbying’s the biggest business in Washington, after government and tourism. According to James Thurber of American University, the industry spends as much as $8 billion a year and employs some 100,000 people, including former government staffers who make far more than they did on the public payroll.

Professional headhunters told the Washington newspaper The Hill that “former Obama cabinet members could start at $1 million, depending on their prominence at law and lobby firms.” Former assistants to the president could start at half a million a year and special assistants could pull in an annual paycheck of more than $300,000.

It’s a lucrative world through that revolving door no wonder that of the 119 members of Congress who left after the 2010 elections, roughly a third wound up in the lobby business, hitting up those they left behind for valuable information and favors.

Oh, I know, there are rules now in place that say outgoing members and their staffs can’t hit up their colleagues in government for a period of time. But you know how it works: ex-Congressman A follows the letter of the law but says to his new lobbying colleagues, call my good friend Congressman B. or Cabinet Secretary C. Tell him or her I said hello. And the deed is done. The bidding of big business is obeyed and the voter left flat-footed once again.

Abraham Lincoln Honest Abe was a realist; in another life he’d been a lawyer serving the interests of the railroads. Much of this probably wouldn’t surprise him and as we see in the movie he wasn’t above back-dealing to achieve a loftier goal. The 13th Amendment is “the greatest measure of the 19th century,” a character says in the film. “Passed by corruption, aided and abetted by the purest man in America.”

But the extent of the back-dealing now is staggering, and what’s especially enraging is how it has become accepted, normal behavior in Washington the richest and most powerful corporate lobbyists are held in higher esteem than those elected to serve.

If you’re a public official or working for one you can’t keep your mind on the people’s business when your eyes are on the exit through the revolving door and the biggest paycheck available.