Robert Parry says: From my 35 years as a Washington journalist, I have concluded that the biggest threat to America’s democratic Republic is the spreading of false or misleading storylines about the nation’s history. Key facts are covered up and founding principles are twisted, thus overriding the ideal of an informed electorate.

Especially since the Vietnam War, the American narrative has diverged dangerously from the truth, as a sophisticated and well-funded infrastructure of propaganda has emerged to shut down legitimate inquiries and leave the people unsure what to believe. This propaganda system also has reached back in time to rewrite the story of America’s Constitution to make it fit with modern right-wing ideology.

So, the point of my new book, America’s Stolen Narrative, is to correct some of the key storylines both in the early days and recently. 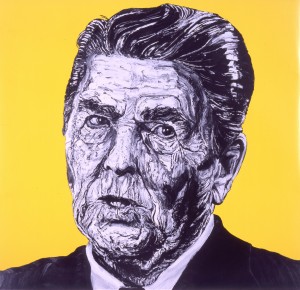 The book’s first chapter explains what the key Framers of the Constitution, James Madison and George Washington, were doing as they scrapped the states’-rights structure of the Articles of Confederation and transferred broad national powers to the central government.

Contrary to the Right’s propaganda, Madison and Washington were not early Ayn Rand ideologues who hated government. They and other key Framers of the Constitution were what you might call pragmatic nationalists who understood that only a strong central government could protect the hard-won independence of the United States.

Today’s Right likes to say that the Framers favored “limited government” and that is true, although misleading. All constitutions set the limits of a government’s authority. That is the definition of a constitution and it is true of the U.S. Constitution as well.

But the fact that the Constitution prescribes the limits of government power doesn’t mean that the Framers wanted a weak central government and favored states’ rights. That’s what they had in the Articles of Confederation, which the Framers scrapped in Philadelphia in 1787, shifting national “sovereignty” from the states to “we the people.”

The real history of that era is relevant today because much of the extremism from Tea Partiers is fueled by the notion that they are standing up for America’s First Principles when, in reality, they have been tricked by clever propagandists into viewing the Framers incorrectly as ideologues rather than pragmatists.

However, most of America’s Stolen Narrative addresses the secret history of the United States from 1968 to the present. Prior to 1968, much of that history is available thanks to the likes of Dan Ellsberg who released of the Pentagon Papers describing the Vietnam War deceptions from 1945 to 1967 and Sen. Frank Church who investigated CIA misconduct in the post-World War II era.

But from 1968 onward, crucial chapters of American history have been either hidden or miswritten. In general, that has been my era as a journalist so I feel especially obligated to do what I can to get those stories right. And now documents are available to solve central historical puzzles, many of which remain relevant to today because untrustworthy “trusted” figures from that era continue to influence U.S. government policies.

Among the book’s major revelations about this modern-day lost history are:

–The latter phase of the Vietnam War has been substantially misunderstood. Drawing from declassified files at the Lyndon Johnson Presidential Library, the book provides the first detailed narrative of how Richard Nixon’s campaign sabotaged President Johnson’s Vietnam peace talks during the run-up to the 1968 presidential election and why Johnson chose to remain silent about what he knew.

–Johnson first learned of what he called Nixon’s “treason” when a Wall Street insider leaked to the Johnson administration that Nixon had told a top financial backer to bet on stocks and bonds based on the inside knowledge that Nixon would “block” the Vietnam peace talks. Johnson then ordered the FBI to wiretap some of the central players and soon amassed evidence of Nixon’s peace sabotage. The book draws on those wiretap transcriptions and recordings of White House phone conversations, including a one-on-one confrontation between Johnson and Nixon.

–Though deciding to keep quiet before the 1968 election for what Defense Secretary Clark Clifford termed “the good of the country” and thus accepting Nixon’s narrow victory over Vice President Hubert Humphrey Johnson ordered his national security adviser Walt Rostow to remove the file containing the top-secret wiretaps before Nixon took over. However, FBI Director J. Edgar Hoover told President Nixon about the wiretaps.

–After securing the presidency by having promised the South Vietnamese government a better deal than Johnson would have given, Nixon pursued the war aggressively for four more years defying the growing public demands for peace. Nixon also assigned his top aides, H.R. “Bob” Haldeman and Henry Kissinger, to track down the missing file from 1968, not knowing that it was then in Walt Rostow’s personal possession.

–The missing file, which Rostow had labeled “The X-Envelope,” rose to the top of Nixon’s worries when the New York Times began publishing the Pentagon Papers in June 1971. The Pentagon Papers covered the war’s history from 1945-1967, but Nixon knew that an even more explosive sequel existed, the file on his peace-talk sabotage. Realizing that his political future would be destroyed if the public knew that he had blocked the peace talks and believing the file might be at the Brookings Institution, Nixon ordered a break-in and created his “plumbers” unit under ex-CIA operative E. Howard Hunt. Thus, the 1968 peace-talk sabotage and the Watergate scandal are linked, the book reveals.

–The book discloses, too, that Nixon, Kissinger and other veterans of the 1968 operation had their fingerprints on a replay in 1980 when Republicans worked behind the scenes to undermine President Jimmy Carter’s efforts to free 52 U.S. hostages held in Iran, a key factor in the 1980 campaign that saw Ronald Reagan surge ahead when Carter’s last-ditch attempts failed. The book reveals new evidence from George H.W. Bush’s Presidential Library supporting allegations about this October Surprise caper, including a document revealing that Reagan’s campaign director William Casey did travel to Madrid, just as a key October Surprise witness alleged. Yet, Bush’s White House hid the evidence in 1991 and the mainstream Washington press concluded falsely that Casey’s Madrid trip was a myth.

–The book dissects the aggressive cover-up mounted by the Reagan and Bush-41 administrations to obstruct investigations into the darkest secrets of the Iran-Contra scandal as well as the related October Surprise case. Declassified records show the collaboration between the Bush-41 White House and congressional Republicans to block various inquiries in 1991-92.

–The book reveals the death-bed e-mails of Lawrence Barcella, who was the chief counsel of the House October Surprise investigation, acknowledging that so much evidence arrived in late 1992 indicating Republican guilt that he requested a three-month extension of the inquiry but was turned down with the instructions to go ahead and publish a report clearing the Republicans. An extraordinary cable from the Russian government confirming Republican involvement in secret contacts with Iran also was apparently withheld from the House inquiry’s chairman Lee Hamilton and other members of the House task force.

–The book shows how some of the central figures in the October Surprise and Iran-Contra mysteries, particularly CIA official Robert Gates, then went on to play important roles in subsequent administrations, including under President Barack Obama who retained Gates as his first Defense Secretary.

Several people who have already read America’s Stolen Narrative have described its revelations as “jaw-dropping,” but the book doesn’t pander to any political faction. While the evidence is most devastating to Republicans because they engaged in acts that could reasonably be deemed treasonous, the reality is not flattering to Democrats either, since they often contributed to the false history by joining in or acquiescing to cover-ups out of cowardice or a misguided sense of patriotism.

It’s important that this book reaches as many people as possible. Otherwise, the hard work that went into it will be largely wasted and the false narratives will continue to dominate the American political process. There may have once been a time when American citizens could trust their national media to disseminate important information like this. But that time has long since passed. It is now up to us.

You can buy America’s Stolen Narrative through the Consortiumnews.com Web site by clicking here or by sending a check for $24.95 to The Media Consortium; 2200 Wilson Blvd., Suite 102-231; Arlington VA 22201. (For the remainder of 2012, shipping and handling are free) Or you can buy the book at Amazon.com by clicking here. Or as an e-book at Amazon or at barnesandnoble.com.

Thanks for your support!

← Growing Doubts About Susan Rice
The Revolving Door on Healthcare →

8 comments for “Why I Wrote My New Book”