When rebels challenged Libyan dictator Muammar Gaddafi in 2011, the West and its media adopted a “good-guy/bad-guy” dichotomy, hyping dubious claims about Gaddafi and ignoring troubling extremism among the rebels. Now, the new Libya is clamping down on women’s rights, says Lawrence Davidson.

On Dec. 3, BBC News reported on the plight of Libyan activist Magdulien Abaida, who played an important part in developing a positive image of last year’s Libyan revolt among European audiences and helped arrange material aid for the rebel forces.

She did this against the backdrop of Western governments describing the rebellion as one that sought “democratic rights” for the Libyan people. Upon the collapse of the Gaddafi regime, the U.S. State Department issued a statement applauding the rebel victory as a “milestone” in the country’s “democratic transition.” This matched Ms. Abaida’s expectations. Unfortunately, her subsequent experience belied the optimism. 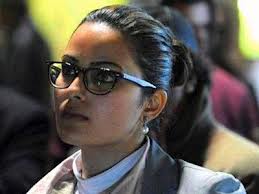 With the rebel victory in October 2011, Abaida  returned to Libya to help with the “democratic transition” and promote her particular cause of women’s rights. However, what she found in her homeland was chaos. The tribalism that underlies social organization in Libya had come to the fore.

According to Amnesty International, that tribalism is reflected in the activities of  “armed militias … acting completely out of control. … There are hundreds of them across the country, arresting people without warrant, detaining them incommunicado, and torturing them. … This is all happening while the government is unwilling or unable to rein the militias in.”

Abaida adds that “during the revolution everyone was united, all were working together.” That, of course, was when many of the tribes had a common enemy the Gaddafi regime. Now the common enemy is gone.

As it turned out, Muammar Gaddafi’s dictatorship had served for 41 years as a center of gravity a center that kept the centrifugal tribal forces in check. The National Transitional Council (NTC), which took over after the defeat of the regime and the parliamentary elections that followed, were supposed to fill the void, but proved insufficient to the task. Ms. Abaida and her cause have become victims of that failure.

Upon her return to Libya, she advocated for gender equality to be incorporated into any new Libyan constitution. She never had a chance. The tribes are tied to traditions that are strongly patriarchal. Also, the chaotic nature of post-revolution Libyan politics allowed free play to extremist Islamic forces that saw gender equality as a Western perversion.

In October 2011, Mustafa Abdul Jalil, who was a prominent face for the revolution and a leader of the NTC gave his first public speech after Gaddafi’s fall to propose making it easier for men to have more than one wife. For Ms Abaida this was a “big shock. … We wanted more rights, not to destroy the rights of half of society.”

Worse was yet to come. When Abaida came to Benghazi in the summer of 2012 to attend a conference on the status of women in the new Libya, she was twice abducted by an extremist militia that saw her and the conference as anti-Islamic.

During her abduction she was pointedly told that she could be killed and “nobody would know.” But they did not kill her. They just beat her up and turned her loose. She was left with the strong impression that, if she stayed politically active in Libya, she would indeed die and no one would know.

Was what happened to Ms Abaida’s predictable? Or, to put it more broadly, could those Western leaders who spent billions of taxpayer dollars assisting in the “liberation” of Libya have predicted, with reasonably high probability, that victory for the rebels would result in political breakdown and the empowerment of extremist groups such as the one that kidnapped and assaulted Magdulien Abaida?

I think that the answer to this is yes. Indeed, I suspect that the prediction was actually made yet ignored by the powers that be.

U.S. intelligence services such as the CIA, and their equivalents in other countries, have middle-level professionals who know a great deal about almost every country in the world. They know the languages, read the local newspapers, listen to the radio and television stations, and have other sources of information that come through diplomatic and private channels.

When it comes to Libya, it is beyond doubt that the relevant intelligence workers knew the nature of this society and the divergent tribal forces that had been so long kept in check by the Gaddafi dictatorship. It is also beyond doubt that, at this country-specific level,  operatives in these intelligence agencies knew and were reporting about the relative strengths and weaknesses of extremist religious elements held in check by the regime.

The normal routine is to pass such intelligence up a hierarchical bureaucratic channel. The information deemed important enough is then packaged into daily updated reports that end up, in the case of the U.S., with the president and his national security staff.  Again, in the face of a serious rebellion against Gaddafi, it is more than reasonable to assume such information did get that far.

Yet, it would seem that such information caused no serious second thoughts about quickly jumping into the fray and backing the rebellion. Even with the historic consequences of our having armed al-Qaeda and similar groups during the Afghan-Soviet war, it does not appear that anyone in authority stopped long enough to ask if the U.S. might risk repeating this mistake in Libya.

Instead, Washington and its allies rallied NATO, rammed through a UN resolution that allowed intervention and, in short order, was aiding and abetting the rebellion. One of the ways it did this was in supplying an almost unlimited amount of weapons to rebel forces through a conduit set up by Qatar.

No one paid attention to just whom the Qataris were giving the guns to. Sure enough, some of them were given to al-Qaeda-like elements.

Thus, the move to get involved in Libya occurred very quickly. The allure of destroying Muammar Gaddafi, who had for so long been the bÃªte noire of the U.S. (though for the past few years he had reversed policy and cooperated with the West), must have been just too strong.

Even Italy, which had found the Gaddafi government a dependable economic partner and secure source of affordable oil, dropped its support of the regime without much protest. In the rush to judgment, the question of who might gain power afterwards was, apparently, left to the middle echelon intelligence agents to worry about.

Now Gaddafi is gone, murdered to the acclaim of Hillary Clinton, and the tribal warlords and their militias have largely taken his place. The central government in Libya is weak and, under the present conditions, has little real chance of reining them in.

The aggressive extremists have our guns, as well as Gaddafi’s, and some of them are probably migrating to Syria to carry on their battle. As for Magdulien Abaida, she is too afraid to return to the land she tried so diligently to help.

As intelligence agencies go, the CIA and its like are fairly good at collecting information, analyzing it, and rendering reasoned judgments as to its meaning. (They can be, of course, utterly evil when it comes to killing and torturing, but that is not the “mission” I am presently speaking of).

Usually, the advice rendered by the middle-level folks who do the analyzing and reporting errs on the side of caution. The problem is the political leaders all too often ignore the intelligence reports when they don’t fit with their political goals.

Those goals reflect ideological and electoral concerns as well as the need to appear to be acting in strong and determined ways more assertive protectors of “freedom” than their competitors in the opposition party. This works to make presidents and prime ministers prone to opportunism and short-sightedness.

Thus, the rush to judgment in Iraq, in Libya and maybe soon in Iran. In the end, Washington has repeatedly proven that Mark Twain was wrong when he asserted “all you need in this life is ignorance and confidence, then success is sure.”