The U.S. news media pretends to shy away from sex scandals but actually looks for any excuse to cover them. A case in point has been the ouster of CIA Director David Petraeus, but the press may have missed the bigger story of FBI snooping, says the Independent Institute’s Ivan Eland.

Nothing titillates the nation’s capital like a sex scandal masquerading as a policy controversy. The American news media will use any excuse to get into public officials’ private lives so it can try to achieve the ratings of Entertainment Tonightstyle celebrity gossip shows while maintaining a veneer of “responsible journalism.” 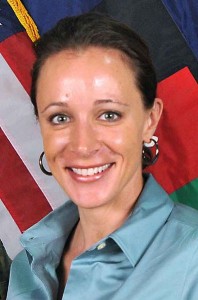 However, the thin national security implications of this scandal have put the American media out on a limb. In the Petraeus case, the compromise of secrets does not seem to have been an issue, and no laws seem to have been broken (although in the case of Gen. John Allen, the U.S. commander in Afghanistan, adultery can be a crime in the tradition-oriented military, even in this day and age).

The U.S. media badly needs some political cover to continue getting to the bottom of this scintillating story. Here’s an angle that might actually help the country. The real scandal doesn’t involve sex, spy agencies, or the U.S. military; it involves the FBI’s role and its potential violation of the civil liberties of those officials and people targeted in the investigation.

The FBI seemingly opened an investigation into the cybercrime of threatening emails when Jill Kelley, a friend of David Petraeus, showed emails she received from Paula Broadwell, the alleged paramour of Petraeus, to a friend who was an FBI agent.

The ultimate gumshoe investigation, at great government expense and opportunity cost in investigating real cyber threats in an age of cyberterrorism, apparently uncovered only harassing emails in perhaps a romantic rivalry, a tawdry private extramarital affair that was none of the government’s business, and no breach of security. The FBI should have dropped the matter long ago.

One can’t help but wonder if the FBI, which has a mutual historical hatred of the CIA, didn’t continue the investigation and leak it to take down the CIA’s leader and his theretofore golden-boy reputation. Yet David Petraeus is now out of a job and has his career at least damaged; Gen. Allen is now being investigated by the Department of Defense’s inspector general for “inappropriate communication” with Kelley after the FBI turned over a treasure trove of tens of thousands of pages of emails through which it snooped. Allen’s promotion to supreme allied commander of NATO forces is on hold while the sifting of perhaps steamy emails continues.

Rather than spending taxpayer dollars on further investigation of such merely personal matters, maybe our federal snooping agencies should focus their efforts on real national security investigations.

The American media will probably not focus on this mundane federal abuse of privacy and civil liberties when there are potentially salacious details in the air. After all, some of the actual emails may eventually be aired, sending ratings soaring. Of course, in a free society with commercial media, the media is only catering to what the American people want, unfortunately many times, juicy sex scandals and episodes where celebrities and the mighty have fallen.

But despite trends toward democratization, we still have a republic with representative government, and the people’s representatives should be concerned with people’s civil liberties and the FBI’s possible violation of privacy in this case. The congressional intelligence committees should also be concerned that they weren’t notified early on about the FBI investigation of the CIA director. Maybe they could have monitored the investigation and closed it down earlier.

That’s what checks and balances in constitutional government are supposed to do. Congress can still thoroughly investigate the FBI’s handling of this unseemly matter. And by the way, while at it, Congress should also abolish the crime of adultery in the military. As in the civilian sector, it may be a moral issue but should not be a crime or even a reason to fire someone, unless it directly affects a supervisor-employee relationship.

6 comments for “FBI Snooping on the CIA’s Petraeus”