France, which governed what is now Syria after World War I, has stepped forward as the first Western power to recognize the opposition as the legitimate government. But the future course of the Syrian civil war remains dangerous and complicated, says ex-CIA analyst Paul R. Pillar.

The announcement by French President FranÃ§ois Hollande that his government is formally recognizing, as the sole legitimate representative of the Syrian people, the latest version of what purports to be a united Syrian opposition is the sort of development apt to stimulate more grumbling in the United States that the U.S. government is not exerting sufficient leadership, either from in front or from behind, regarding Syria.

Actually, if any Western country is to be out front on this matter, it ought to be France. France was responsible in the 1920s and 1930s for what is now Syria, under what was called a League of Nations mandate and was really a colonial relationship. 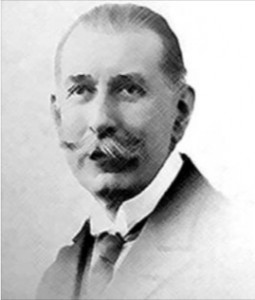 French diplomat Francois George-Picot, who along with British colonial officer Mark Sykes drew lines across a Middle East map of the Ottoman Empire, carving out states with boundaries that are nearly the same as they are today.

France staked its claim to this territory when the French diplomat FranÃ§ois Georges-Picot and his British counterpart Sir Mark Sykes drew secretly negotiated lines on a map during World War I to carve up this part of the Ottoman Empire.

This is not to say, of course, that Syria’s subsequent miserable history is all or even mostly France’s fault. But the French did want this piece of the Middle East, and with the benefit of hindsight one can think of ways the mandate could have turned out better. The French divided mandated Syria into several dependent states of different ethnic or sectarian character, only one of which, the one corresponding to present Lebanon, would achieve its own independence.

Given the sectarian divisions within Lebanon, maybe its independence wasn’t a good idea. Maybe a better idea, given recent history, would have been to have groomed for independence the state that consisted of the largely Alawite-inhabited Latakia region of what is now northwest Syria.

The opposition coalition that France has recognized and to which, according to Hollande, it is considering providing arms, is barely deserving of the word “coalition.” It emerged only after prolonged and intense pressure from Arab and Western governments at a meeting in Qatar (with the U.S. Secretary of State having taken a leading role in earlier exertion of such pressure).

Perhaps because the new grouping, called the National Coalition of Syrian Revolutionary and Opposition Forces, has a longer name than the ineffective Syrian National Council, it conveys the impression of greater viability by being more broadly based. But to pretend that this painfully negotiated new structure is a truly unified opposition that can provide a basis for eventual political stability in Syria is to ignore how badly fractured the different elements opposing the regime of Bashar al-Assad still are.

Certain unjustified assumptions about the struggle in Syria have been creeping into discussion and reporting on the topic, as exemplified by the front-page New York Times story about Hollande’s announcement. The new coalition reportedly “came together” in Doha when a more appropriate term would be “papered over differences under pressure.”

Reference to Western and Arab efforts to build “a viable and effective opposition that would hasten the end of a stalemated civil war” suggests the unjustified conclusion that a less fractured opposition would indeed mean an earlier end to the war.

The article correctly notes that Assad has “survived partly because of the disagreements and lack of unity among his opponents,” but he also has survived partly for other reasons, including fears among Alawites and some others that not just their status but their lives would be endangered by the regime’s forcible overthrow.

Thomas Friedman has a somewhat breathless column about dangers of the Syrian situation that sustains the common but incorrect view that civil wars inevitably spread across borders like spilled molasses unless forcibly prevented from doing so, and that incorrectly credits an American military presence inside Iraq for having prevented political molasses there from oozing into other countries.

But he is correct that just as it was removal of the old regime that triggered civil war and prolonged violence in Iraq, removal of the regime in Syria would hardly be an omen of stability in that country. Friedman is right to point to the only visible (but still slim) hope for such stability: cooperation with the Russians to try to arrange a power-sharing deal to be overseen by a UN-sponsored multilateral force.

The voices in the United States who speak disdainfully about pursuit of a negotiated outcome are offering nothing else that is any more promising, and for the most part they are pursuing agendas other than peace in Syria.

We need to resist the temptation to think that every messy situation overseas has a feasible solution, and furthermore to think that the United States needs to be leading part of that solution. As for what Hollande is doing, go right ahead, Monsieur le PrÃ©sident. Just don’t get your hopes very high.

← Likening Palestinians to Blades of Grass
The Death Toll of Watergate →