The hundreds of millions of dollars from billionaires seeking to control the outcomes of Campaign 2012 largely failed as their preferred Republicans mostly went down to defeat. But these gushers of money remain a threat to American democracy, says Michael Winship.

Forty years ago, as a young, aspiring political operative, I was a staff member on Sen. George McGovern’s presidential campaign. We thought we could beat Richard Nixon but famously lost every state in the union except Massachusetts (with the District of Columbia thrown in as a forlorn consolation prize).

To commit to the presidential campaign lifestyle endless hours and damn little charm you really have to believe, no matter what, that your candidate will win. So last week I wasn’t surprised by the many stories about how the Romney team was convinced they would emerge victorious, polling evidence to the contrary, to the point where reportedly they had a fireworks display poised for ignition above Boston Harbor when the requisite electoral votes were achieved. 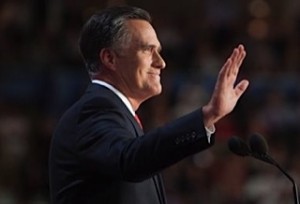 But what I don’t understand is building a castle in the air and even in defeat trying to keep paying rent on it, almost all evidence to the contrary.

For years, the right wing has been living in its own version of Tolkien’s Middle Earth in Lord of the Rings, an alternative and fanciful, fierce universe rarely bearing resemblance to real life but for odd, embittered moments like the one at President Obama’s victory celebration in Chicago on Election Night, when Fox News’ Ed Henry dourly announced, “The crowd is near pandemonium now, despite the fact that unemployment is hovering near eight percent.”

Talk about a party pooper. This all has been going on since at least 2004, when an unnamed aide to George W. Bush widely thought to be Karl Rove told journalist Ron Suskind, “We create our own reality. … We’re history’s actors … and you, all of you, will be left to just study what we do.”

Last week, that so-called reality collided with one huge fact that a younger, more ethnically diverse and liberal population is increasing in size.

Resistance is futile, as they say in those science fiction movies, but as long as the conservative Right live in a media cocoon and act like sightless bats, trying to find their way with high frequency shrieking that bounces off the walls and only they can hear, you’ve got trouble, my friends. Even Dick Morris, that unctuous pollster and paragon of propriety, had to admit that his prediction of a Romney landscape was wrong because, “This isn’t your father’s America.”

But then there’s the money. On the McGovern campaign, I was paid the munificent sum of $40 a week. In those days, it was considered a decent salary for political work, especially as most of us slept on other people’s couches, ate free meals usually prepared by liberal faculty wives (I haven’t been able to look at gazpacho since) and frankly, there never was time to spend it anyway.

So to me, the contrast with today’s paychecks for top campaign staffers and consultants is especially stunning. Over the weekend, The Washington Post reported, “In the presidential race alone, the two main media firms working for President Obama and Republican challenger Mitt Romney earned profits for handling more than half a billion dollars of campaign advertising, according to disclosures and ad tracking data. Neither company is required to report how much it received in compensation for that work, but their combined cut could easily be $25 million or more at standard industry rates.”

As for salaries, “Romney paid his top advisers more than Obama paid his, including handing out about $500,000 in bonuses for senior staff in August and September, records show. As of Oct. 17, campaign manager Matt Rhoades had received $292,000 in salary and bonuses, compared with $197,000 for Obama campaign manager Jim Messina.”

Not the megamillions paid to Wall Street CEO’s, but nonetheless that’s a lot of gazpacho.

As others have noted, Karl Rove is in deep explaining mode, rationalizing what happened to those hundreds of millions the fat cats spent bankrolling his saturation bombing of attack ads against the President and other Democrats who emerged victorious in spite of the wrath of Rove. And he’s not alone.

“Never before has so much political money been spent to achieve so little,” the Post noted. “Record spending by independent groups, which in many ways defined how campaigns were waged this year, had no discernible effect on the outcome of most races. Indeed, if election investments are like the stock market, a lot of billionaires just lost their shirts.”

But as Nicholas Confessore writes in The New York Times, “Though the outcome of the 2012 elections dealt a blow to the wealthy donors who poured several hundred million dollars into groups seeking to defeat Mr. Obama, the president’s re-election does not presage a repudiation of the deregulated campaign financing unleashed by the Supreme Court’s 2010 Citizens United decision. Instead, his victory most likely reinforced the practice.

“In virtually every respect, the growth of unlimited fund-raising and the move of outside groups to the mainstream of politics have magnified the already outsize role of money in political campaigns. They have changed how incumbents and challengers alike campaign and raise money, altered how voters experience politics, and expanded the influence of a small group of large donors on the policies and messages espoused by candidates.”

What’s more, the non-partisan, investigative journalism group, The Center for Public Integrity, notes that outside spending indeed made a “big difference in state-level races.” They report, “Contests for the top executive and judicial spots, in states whose bans on corporate outside spending were invalidated by the [Citizens United] ruling, were newly shaped by unlimited cash from out-of-state corporate and union treasuries.”

You may think that such mixed results might dampen enthusiasm for restoring campaign finance reform or even overturning Citizens United with a constitutional amendment.  Think again.

On Election Day, voters in both Montana and Colorado passed by three-to-one margins orders directing legislators to support an amendment. That makes 11 states in all, according to the group Free Speech for People.org, which is about a quarter of the way toward getting the deed done if all the proper i’s and t’s were to be dotted and crossed.

The question is whether this groundswell for transparency and reform continues and builds or whether the candidates and incumbents so dependent on transfusions of campaign cash smother the effort in its crib. But like that old joke about what you call 500 politicians at the bottom of the ocean, it’s a good start.

← The ‘War on Terror’ Comes to Mali
The Neocons’ Waterloo →