The Obama administration is acquiescing to a high-priced lobbying campaign to “delist” the Iranian dissident movement, MEK, from the U.S. terrorism list. The move signals a readiness to intensify the confrontation with Iran, write Flynt and Hillary Mann Leverett at www.RaceForIran.com.

The U.S. Department of State took the moral and strategic bankruptcy of America’s Iran policy to a new low, by notifying Congress that the Obama administration intends to remove the mojahedin-e khalq (MEK) from the State Department’s list of foreign terrorist organizations (FTOs).

At a macro level, we are disdainful, even scornful, of the U.S. government’s lists of both FTOs and state sponsors of terrorism. We have seen too many times over the years just how cynically American administrations have manipulated these designations, adding and removing organizations and countries for reasons that have little or nothing to do with designees’ actual involvement in terrorist activity. 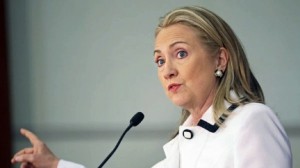 So, for example, after Saddam Hussein invaded the fledgling Islamic Republic in 1980, on September 22, no less, and starting killing large numbers of innocent Iranians, the Reagan administration (which came to office in January 1981) found a way to remove Iraq from the state sponsors list, in order to remove legal restrictions prohibiting the U.S. government from helping Saddam prosecute his war of aggression as robustly as the administration wanted.

(During that war, the MEK, after having tried but failed to bring down the Islamic Republic through a bloody campaign of terrorist bombings and assassinations conducted against the new Iranian government’s upper echelons, ended up collaborating with an Iraqi government regularly carrying out chemical weapons attacks against targets, civilian as well as military, inside Iran.)

But, when the same Saddam invaded Kuwait in 1990, the George H.W. Bush administration couldn’t get Iraq back on the state sponsors list fast enough. We are very skeptical that Saddam’s ties to groups that the United States considers terrorist organizations changed all that much during this period.

Yet, precisely because we know how thoroughly corrupt and politicized these designations really are, we recognize their significance as statements of U.S. policy. Today, the Obama administration made a truly horrible statement about U.S. policy toward Iran.

The statement is horrible even if one wants to believe that FTO designations have some kind of procedural and evidentiary integrity about them. (We don’t, but we also recognize that letting go of illusions is often not easy.)

Just this year, U.S. intelligence officials told high-profile media outlets that the MEK is actively collaborating with Israeli intelligence to assassinate Iranian nuclear scientists, see here; Iranian officials have made the same charge. Since when did murdering unarmed civilians (and, in some instances, members of their families as well) on public streets in the middle of a heavily populated urban area (Tehran) not meet even the U.S. government’s own professed standard for terrorism?

Of course, one might rightly point out that the United States is responsible for the deaths of millions of innocent civilians across the Middle East. But Washington generally strives to maintain the fiction that it did not intend for those innocents to die as a (direct and foreseeable) consequence of U.S. military operations and sanctions policies. (You know, the United States didn’t really mean for those people to die, but, as Secretary of Defense Donald Rumsfeld once said, “Stuff happens.”)

Here, the Obama administration is taking an organization that the U.S. government knows is directly involved in the murder of innocent people and giving this group Washington’s “good housekeeping seal of approval.”

But, to invoke Talleyrand’s classic observation that a certain action was “worse than a crime, it was a mistake,” delisting the MEK is not just a moral abomination; it is a huge strategic and policy blunder.

It is hard to imagine how the Obama administration could signal more clearly that, even after the President’s presumptive reelection, it has no intention of seeking a fundamentally different sort of relationship with the Islamic Republic, which would of course require the United States to accept the Islamic Republic as a legitimate political entity representing legitimate national interests.

Count on this: once the MEK is formally off the FTO list, a legally defined process that will take a few months to play out, Congress will be appropriating money to support the monafeqin as the vanguard of a new American strategy for regime change in Iran.

In the 1990s, similar enthusiasm for Ahmad Chalabi and the Iraqi National Congress, who were about as unpopular among Iraqis as the MEK is among Iranians, led to President Bill Clinton’s signing of the Iraq Liberation Act, which paved the way for George W. Bush’s decision to invade Iraq in 2003.

The chances for such a scenario to play out with regard to Iran over the next few years, with even more disastrous consequences for America’s strategic and moral standing, got a lot higher today.

Flynt Leverett served as a Middle East expert on George W. Bush’s National Security Council staff until the Iraq War and worked previously at the State Department and at the Central Intelligence Agency. Hillary Mann Leverett was the NSC expert on Iran and from 2001 to 2003  was one of only a few U.S. diplomats authorized to negotiate with the Iranians over Afghanistan, al-Qaeda and Iraq. [This article was originally published at RaceforIran.com. For direct link, click here: http://www.raceforiran.com/by-delisting-the-mek-the-obama-administration-is-taking-the-moral-and-strategic-bankruptcy-of-america%e2%80%99s-iran-policy-to-a-new-low