Exclusive: The major U.S. news media continues its biased coverage of the Israel-Iran standoff, tilting consistently in favor of Israel, in part, by ignoring Israel’s actual nuclear arsenal and hyping Iran’s hypothetical one. Even a rare wrist-slap from the Washington Post’s ombudsman has had no effect, writes Robert Parry.

A few weeks ago, Washington Post ombudsman Patrick B. Pexton published a revealing column in which he delved into the nettlesome question of why the Post rarely writes about Israel’s actual nuclear arsenal, even as it devotes intensive coverage to Iran’s nuclear program, which remains far short of producing a single bomb.

Pexton deemed concerns about this imbalance “a fair question” and dug back through a decade of Post articles without finding “any in-depth reporting on Israeli nuclear capabilities.” He then explored some reasons for this failure, including sympathy felt toward Israel because of the Holocaust and the difficulties that journalists confront in addressing the topic. 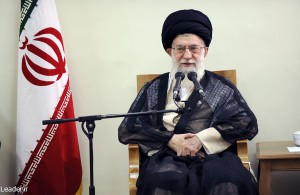 “But that doesn’t mean the media shouldn’t write about how Israel’s doomsday weapons affect the Middle East equation,” Pexton wrote. “Just because a story is hard to do doesn’t mean The Post, and the U.S. press more generally, shouldn’t do it.”

Yet, there are few signs, if any, that the Post and other mainstream U.S. news outlets are heeding Pexton’s criticism. Obviously, one way to alleviate the imbalance would be to mention that Israel has an undeclared nuclear arsenal in every story that discusses Iran’s nuclear program, which Iranian leaders insist is for peaceful purposes only.

The fact that Israel has a large and sophisticated roster of nuclear weapons is surely relevant in evaluating why Iran might want a nuclear weapon of its own and why Iran would not want to provoke a war with Israel even if Iran did manufacture one or two bombs. Yet this context is almost never included in U.S. news stories.

U.S. journalists and their editors also might stop including hyperbolic statements that exaggerate the potential Iranian threat to Israel, such as the discredited claim that Iran has threatened to “wipe Israel off the map,” an oft-repeated refrain that resulted from a mistranslation of a comment by Iranian President Mahmoud Ahmadinejad.

However, that seems to be too much to expect from major U.S. newspapers. For instance, on Friday, the New York Times in an article by Mark Landler and Helene Cooper not only fails to mention Israel’s nuclear arsenal but inserts the provocative claim that “Iranian leaders have repeatedly threatened [Israel] with annihilation.”

The article offers no quote to back up this assertion. It simply stands as a form of boilerplate, as if everyone knows it to be true. But the reality is that Iranian leaders may wish that the Zionist government of Israel ultimately disappears to be replaced by a non-religious state, but that is a far cry from threatening to annihilate Israel militarily, which is the clear implication from Landler and Cooper.

Landler, the Times’ White House correspondent, also has been a repeat offender in this journalistic malpractice. For instance, on March 5, he appeared on MSNBC and offered this account of the Israeli-Iranian tensions:

“The Israelis feel the window for that [denying Iran the capability to build nuclear weapons] is closing and it’s closing really fast, and if they allow it to close without taking military action, they would find themselves in a position where the Iranians suddenly are in possession of nuclear weapons, which they’ve threatened already to use against Israel.

“As the Israelis always say, that’s an existential threat to Israel, which is something we don’t necessarily feel here in the United States.”

Though Landler’s account was hair-raising, claiming that Iranians have “threatened already to use [nuclear weapons] against Israel” which the Israelis understandably perceive as an “existential threat.” But Landler’s statement simply isn’t true.

Iranian leaders continue to deny that they even want nuclear weapons, so it makes no sense that they would threaten to use them against Israel.

In February, Iran’s Supreme Leader Ali Khamenei, who controls the armed forces, called “the possession of nuclear weapons a grave sin” and said “the proliferation of such weapons is senseless, destructive and dangerous.” He insisted that “the Iranian nation has never pursued and will never pursue nuclear weapons.”

Further, the U.S. intelligence community reported in 2007 that Iran stopped research work on a nuclear weapon in 2003 and has not resumed that effort. That assessment has been reaffirmed periodically and remains the position of the CIA and other intelligence agencies.

Beyond that, for Iran to threaten to “annihilate” Israel would represent one of the strangest threats in world history. Here is a nation without nuclear weapons and whose top leader disavows any intent to get nuclear weapons supposedly threatening to use those non-existent weapons against a nation which has a large stockpile of nuclear weapons.

You would think, at minimum, that Landler would be expected to cite an actual Iranian official making a specific threat. But he doesn’t and apparently no one in power demands that he do so. His claim that Iran has threatened to attack Israel with a nuclear bomb is simply accepted as what everybody knows to be true.

That is the sort of ludicrous propaganda that has become commonplace in the U.S. news media, a topic that the Post’s ombudsman addressed gingerly on Aug. 31. Pexton offered mostly innocent explanations for this journalistic misfeasance.

“First, Israel refuses to acknowledge publicly that it has nuclear weapons,” Pexton wrote. “The U.S. government also officially does not acknowledge the existence of such a program. Because Israel has not signed the [nuclear non-proliferation] treaty, it is under no legal obligation to submit its major nuclear facility at Dimona to International Atomic Energy Agency (IAEA) inspections.

“Iran, in contrast, did sign the treaty and thus agrees to periodic inspections. IAEA inspectors are regularly in Iran, but the core of the current dispute is that Tehran is not letting them have unfettered access to all of the country’s nuclear installations.

“Furthermore, although Israel has an aggressive media, it still has military censors that can and do prevent publication of material on Israel’s nuclear forces. Censorship applies to foreign correspondents working there, too.”

Plus, Israel has demonstrated that it will deliver harsh punishment on any Israeli who does divulge secrets about the nuclear program, as nuclear technician Mordechai Vununu learned in 1986 when he became a whistleblower about the secret Israeli arsenal. He was then kidnapped, taken to Israel against his will, and imprisoned for 18 years, much of it in solitary confinement.

Pexton added that “perhaps most important, Americans don’t leak about the Israeli nuclear program either.” He cited the inclination to protect a friend and ally, as well as the reality that deviating from this silence “can hurt your career.”

Pexton quoted George Perkovich of the Carnegie Endowment for International Peace as saying: “It’s like all things having to do with Israel and the United States. If you want to get ahead, you don’t talk about it; you don’t criticize Israel, you protect Israel. You don’t talk about illegal settlements on the West Bank even though everyone knows they are there.”

However, the job of journalism should be to present all the relevant facts in context, especially on life-or-death issues like war and peace.

When the New York Times and the Washington Post institute systemic bias in their coverage of such an issue as the two newspapers also did in the run-up to the U.S. invasion of Iraq they not only fail to uphold the principles of journalism, they risk becoming complicit in the slaughter of innocent people.

← Has Netanyahu Gone Too Far?
Congress at the Trough →