Exclusive: The Right’s imposing media/political machine is facing a tough test. Can it put an unappealing Republican in the White House by using false propaganda and by systematically suppressing the votes of minorities? The outcome may define the future of American democracy, says Robert Parry.

The back-to-back national conventions had a clear winner on policy and presentation; the Democrats trounced the Republicans. But the chief reason for the lopsided result was that the Mitt Romney/Paul Ryan ticket constructed its three-night infomercial around a set of demonstrable lies and distortions.

Speaker after speaker played games with President Barack Obama’s “you didn’t build that” quote by pretending he was referring to individual businesses, when it was clear he meant the infrastructure of bridges, roads and other public investments that help businesses succeed. To further exploit Obama’s misplaced antecedent, the Republicans printed plenty of signs and t-shirts, too. 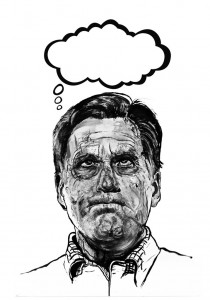 Then, there was Romney’s determined use of a racist-tinged falsehood about Obama gutting the work rules on welfare, when the administration simply was agreeing to a bipartisan request from some governors to have more flexibility in making the work requirements more effective.

The GOP fabrications were so obvious that even the docile mainstream press couldn’t help but notice. And, beyond the convention’s transparent lies, there was the void on substance. The speeches, including those by Romney and Ryan, were so lacking programmatic details that the press again was forced to take note, and the Democrats were perfectly positioned to whack at the vacuous speeches like empty piÃ±atas.

In particular, ex-President Bill Clinton bashed the Republicans silly. Clinton summed up the GOP message thusly: “In Tampa, the Republican argument against the President’s re-election was pretty simple: we left him a total mess, he hasn’t cleaned it up fast enough, so fire him and put us back in.”

However, Clinton added, “President Obama started with a much weaker economy than I did. No president, not me, not any of my predecessors, could have repaired all of the damage he found in just four years.”

Clinton also explained why the Republicans were so shy about offering any specifics on their plans: “In order to look like an acceptable alternative to President Obama, they couldn’t say much about the ideas they have offered over the last two years.

“You see they want to go back to the same old policies that got us into trouble in the first place: to cut taxes for high-income Americans even more than President Bush did; to get rid of those pesky financial regulations designed to prevent another crash and prohibit future bailouts; to increase defense spending two trillion dollars more than the Pentagon has requested without saying what they’ll spend the money on; to make enormous cuts in the rest of the budget, especially programs that help the middle class and poor kids. As another president [Ronald Reagan] once said there they go again.”

Indeed, even a casual observer would have taken away from the GOP convention the impression that the Republicans were hiding the ball on their economic strategies and foreign policy plans because those details would have alienated average Americans.

The Democrats were especially on solid ground when they pounded the Republicans for advocating more tax cuts favoring the rich while avoiding any serious discussion about how that lost revenue would be recovered or what popular programs would need savaging. Even supposed “fiscal hawk” Paul Ryan has been begging off questions about when the current Romney/Ryan plan might eliminate the federal deficit.

Asked by Fox News’ Brit Hume when the Romney fiscal plan would balance the budget, Ryan said, “I don’t want to get wonky on you, but we haven’t run the numbers on that specific plan.” In other words, the Republican ticket has no idea when its plan might eliminate the federal deficit.

Ryan, who is chairman of the House Budget Committee, added that his House budget plan does project a balanced budget sometime in the 2030s, roughly a quarter century from now, although there is even doubt about that if a Romney-Ryan administration enacts more tax cuts, repeals the savings in the Affordable Care Act and opts for a less draconian plan for voucherizing Medicare than Ryan initially proposed. Most likely, there would be red ink as far as the eye can see.

On foreign policy, too, Romney and Ryan offered little to evaluate what they would do, other than that they would never apologize for America and would add even more money to the military.

Romney’s failure to even mention the war in Afghanistan where American troops are still fighting and dying offered another obvious opening for the Democrats this time Sen. John Kerry to hammer Romney for slighting U.S. soldiers and dodging a discussion over what he would do to prosecute or end the war.

A peevish Romney compounded his Afghan War oversight in an interview with Fox News on Friday, by first chastising Fox interviewer Bret Baier for “repeating it [the oversight], day in and day out” and then suggesting that the sacrifice of U.S. troops just wasn’t important enough to make the cut into his speech. Romney said:

“When you give a speech, you don’t go through a laundry list. You talk about the things you think are important, and I described in my speech my commitment to a strong military, unlike the President’s decision to cut our military. I didn’t use the word ‘troops,’ I used the word ‘military.’ I think they refer to the same thing.”

So, less than two months from the election, the Republicans are in intellectual disarray. Romney and Ryan are basing their campaign on a mix of distortion and concealment and neither candidate is particularly popular with the American people.

But what the GOP ticket does have on its side is an enormous media/political infrastructure that could still wrest away the White House and give Republicans control of the House and Senate, too.

A major part of this infrastructure is the vertically integrated media machine that the Right has built over the past four decades, investing tens of billions of dollars in newspapers, magazines, books, radio, TV and well-funded Internet sites. The Left, which has largely played down the importance of media outreach over the same four decades, has nothing to compare with the size and scope of the Right’s megaphone.

Thanks to the Citizens United ruling by the GOP-controlled Supreme Court in 2010 striking down restrictions on campaign spending the Republicans also boast a roster of billionaires willing to open their checkbooks and spend whatever it takes to defeat Obama. Hundreds of millions of dollars are pouring in from the likes of the oil moguls Charles and David Koch and casino magnate (and ultra-Zionist) Sheldon Adelson.

Besides an endless flood of anti-Obama and anti-Democratic ads, this right-wing money will finance Republican ground operations designed to negate the usual advantage of the Democrats there.

The combination of money and media also has buttressed the Republican plan for systematic voter suppression. The right-wing media has generated something close to hysteria over “voter fraud” despite the absence of more than a few cases a year. Still, the Right has poured millions into making the nearly non-existent problem an excuse for imposing voting standards to suppress the votes of minorities and the poor.

Of course, tamping down minority votes has been part of the GOP playbook since the days of Richard Nixon’s Southern Strategy, but the use of voter-suppression tactics has grown in importance, given the demographic changes in the United States and the alienation that African-Americans and Hispanics feel toward Republican policies.

With overwhelming percentages of blacks and Hispanics expected to vote for Obama, Republican lawmakers across the country have been rushing to require special photo IDs, limit hours for voting and purge voter rolls.

Though the point of this nationwide voter suppression has been obvious (though denied by Republicans), the GOP’s House leader in Pennsylvania, Mike Turzai, let the proverbial cat out of the bag in bragging about the accomplishments of the state’s legislative session. “Voter ID, which is gonna allow Governor Romney to win the state of Pennsylvania, done,” Turzai said in June.

Romney and Ryan need these techniques for holding down the votes of black and brown Americans if white men are to provide the numbers necessary to put the Republican ticket over the top.

But the expansion of these GOP strategies goes even further than this November. The Republicans seem to be setting the stage for a national “Jim Crow” system of laws, i.e. finding ways to methodically reduce the votes of minority citizens and thus enable GOP candidates to continue winning elections in the future with white support.

The November elections, therefore, represent something of a test for the impressive right-wing machine that has evolved over the past four decades. Can it overcome the reality of two unappealing Republican candidates who won’t offer the American voters anything approaching a coherent set of policy prescriptions?

Can this right-wing machine exploit its awesome propaganda capabilities to turn out the white male vote while providing sufficient cover for aggressive challenges to minority voting? Can the Right finally turn back the clock in America, not only to before the New Deal of the 1930s but back to the days of literacy tests, poll taxes and other devices to ensure white dominance in the late 19th Century?

As Campaign 2012 enters its final two months, the stakes are suddenly much higher, no longer just the selection of one candidate over another, or even one economic model  over another, but whether democracy will continue to breathe and grow in America or be stunted and strangled.

← ‘Mushroom Cloud’ Sales Pitch Is Back
How Sanctions Become Baggage →

11 comments for “A Test for the Right’s Machine”