Pennsylvania, the birthplace of the two most important founding documents of the U.S. republic, is now a legal battleground where Republicans are seeking electoral victories by imposing a voter ID law to suppress the vote, explains William Boardman.

The Public Interest Law Center of Philadelphia has already filed an appeal to the Pennsylvania Supreme Court, seeking to reverse the Aug. 15 decision of Judge Robert Simpson. The Republican judge denied an injunctionto prevent the law from taking effect, while expressing some misgivings about both the statute and the legislative process that produced it. He did not rule on the substance of the law, but issued a limited finding that it was not unconstitutional on its face. 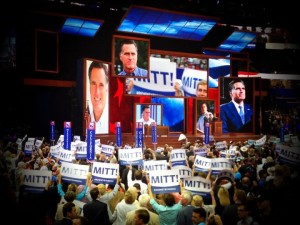 Barring further impediment, the law goes into effect on Sept. 17, well ahead of the Nov. 6 election. Designed by Republicans in the legislature to suppress the vote of groups more likely to vote Democratic, the law may disenfranchise more than 750,000 otherwise eligible voters from casting ballots, about ten per cent of the Pennsylvania electorate.

However many voters actually lose their vote, Republicans think the number will be enough for them to win elections in Pennsylvania that they would otherwise lose. That’s the clear meaning of the comment last June by Pennsylvania House Majority Leader Mike Turzai, “Voter ID, which is gonna allow Governor Romney to win the state of Pennsylvania, done.”

Judge Simpson, while finding in Turzai’s favor on the injunction, nevertheless felt the need to call Turzai’s remarks “troubling” and “tendentious.”

In an appeal filed on Aug. 16, the Law Center asked the Supreme Court to hear the case on an expedited basis, before the law takes effect. If the court accepts the proposed timeline, it will hear oral argument the week of Sept. 10. The Supreme Court, which currently comprises six justices, three Republicans and three Democrats, is under no obligation to hear the appeal quickly.

On a separate track, there’s a lawsuit pending in Pennsylvania’s second-most populous county, Allegheny, which is majority leader Turzai’s home county. In contrast to the earlier suit for an injunction on behalf of voters who would lose their right to vote, the Allegheny County challenge was brought in June by county officials.

The county executive and county controller argued that the law violates both the Pennsylvania constitution and federal laws protecting the right to vote. The county officials say the law will cost $11 million to implement, with the state paying none of it. “So the governor is creating another unfunded mandate for all 67 counties,” Allegheny county controller Chelsa Wagner said.

The third legal challenge to Pennsylvania’s voter ID law comes from the U.S. Department of Justice, which has asked the state to respond to concerns that the partisan law discriminates against minorities. The Justice Department has asked the state for data on the Pennsylvania electorate, with a deadline next week. Depending on the analysis of the data, the Justice Department could file a federal lawsuit under the 1965 Voting Rights Act.

The partisan nature of the legislation has been clear all along, with no Democrat in the legislature voting for it. The fact that a judge who was an elected Republican blocked the injunction has led to speculation that his decision was also partisan. However, at least one legal writer has looked at the question in detail for the Los Angeles Times and given the judge a pass.

Meanwhile, an umbrella group called the Pennsylvania Voter ID coalition, with 70 or more members, has hundreds of people on the ground educating voters and helping them get valid ID, which is more complicated that one might think. Even Governor Tom Corbett admitted he didn’t know what would be a valid ID.

And if this coalition of unions and churches and lawyers and civil rights workers and many more is successful, then even if the courts fail to intervene, maybe enough people will be able to vote and frustrate the Republican effort to tilt the election unfairly.

So there’s still a chance Pennsylvania will live up to the expectations of the state constitution’s Article 1, Declaration or Rights, among them that “Elections shall be free and equal; and no power, civil or military, shall at any time interfere to prevent the free exercise of the right of suffrage.”