President George W. Bush and his neocon advisers made much of mocking international law, with Bush once responding to a question in fake horror: “I better call my lawyer.” But the issue of the U.S. and its allies abiding by such laws is front and center again with Iran, notes Paul R. Pillar.

Former British diplomat Peter Jenkins (who had been Britain’s ambassador to the International Atomic Energy Agency) notes a glaring but seldom remarked-upon aspect of the voluminous talk in Israel, the United States and other countries about a possible military attack aimed at Iran’s nuclear program: such an attack would be a blatant, flagrant violation of international law.

The Charter of the United Nations is very clear in prohibiting the offensive use of military force, regardless of the nature of the underlying dispute. An armed attack conducted in the name of setting back a technical program that possibly could lead in the future to development of a weapon that other states, including the one doing the attacking, already have does not even come close to constituting self-defense as also mentioned in the U.N. Charter. 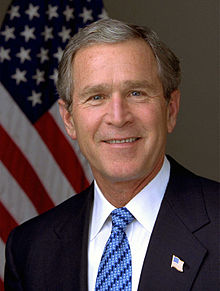 The international norm against offensive warfare, like certain other norms that also have become codified international law, reflects a broadly held moral standard. Not even the most inventive casuistry can justify, legally or morally, the launching of an offensive war to help maintain some other state’s regional nuclear weapons monopoly.

But set aside for the moment any of those soft concerns about morality and obedience to the law for its own sake. Set aside as well all the other reasons that an armed attack on Iran would be folly. The flouting of the norm and the law about offensive war would have negative consequences that ought to get the attention of even the most amoral, hard-boiled cynic when it comes to things such as international law. Two sets of consequences in particular.

One is an accentuation of the opprobrium, condemnation and other directly negative reactions from the world community. The perpetrator would be seen not just as an arrogant bully but as an outlaw. This would apply to the United States whether it committed the act itself or was seen acquiescing in the deed being done by Israel. The specific repercussions would include countless bits of withheld cooperation and many intangible ways in which those who abhor the acts of an outlaw can make international life more difficult for him.

The other set of consequences involves weakening of the norm against offensive war and increasing the likelihood that others, including adversaries of the United States, would violate it. (Unfortunately the United States already delivered one of the bigger recent blows to the norm with its initiation of the Iraq War in 2003.)

A world in which states are more likely to launch offensive wars would be more detrimental to U.S. interests than a world in which the rule against launching such wars is respected. A more war-prone world would entail more destruction, instability and undermining of an international order that for the most part works in favor of its most powerful member, the United States.

John Ikenberry has explained how submission to international rules, as embodied in international law and organizations, can be advantageous even for a state such as the United States that appears powerful enough to flout the rules and do as it likes. The advantages include greater efficiency (greater, that is, than repeated applications of brute force) in the operation of an international order that works in favor of the state in question, and perpetuation of that order even after that state’s relative power might wane.

Ikenberry’s analysis is usually thought of as a liberal alternative to realist thinking, but the dependent variables he addresses, an individual great power’s interests, the costs of advancing those interests, and how those interests can be upheld over time, are very much the sort of currency that realists understand. The advantages he describes of respecting international rules need to be taken into account before any exercise of power that would violate the rules.