Some voters are in disbelief that Mitt Romney’s tax plan would raise taxes on the poor and the middle class in order to reduce them even more on the rich. But government strategies favoring the rich date back to the origins of the Republic, notes ex-CIA analyst Paul R. Pillar.

I recently read a book by University of Maryland historian Terry Bouton, Taming Democracy, which is an account of the intense struggles over wealth and power that emerged in the earliest days of the United States. Bouton’s detailed research was focused on Pennsylvania, but he describes patterns that also appeared elsewhere in the infant republic.

The core of the story he tells is that the colonial coalition that made possible the political break with Britain fractured even while the Revolutionary War was still in progress, as wealthy interests in the colonies quickly had second thoughts about the democratic fervor that they had helped to set in motion and how it might jeopardize their ability to amass still more wealth. 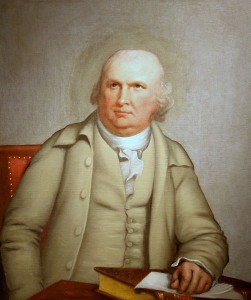 Those interests then devoted themselves to implementing public policies aimed at protecting and promoting the wealth of the moneyed class, and to structuring politics and government in a way that, per the title of Bouton’s book, prevented the more numerous members of lower classes from overturning those policies.

The story demonstrates that strong class consciousness and class-specific drivers of policy have been a major part of American politics since independence. A key part of that class struggle all along has been a strong sense among a wealthy elite of separateness from the non-wealthy, and of having a right to push hard for public policies that favor their own class even if they are clearly detrimental to others.

A major figure in Bouton’s account is the Philadelphia merchant and financier Robert Morris. Morris certainly has a good claim to being considered a Founding Father; he was one of only two persons (Roger Sherman of Connecticut was the other) to have signed the Declaration of Independence, Articles of Confederation, and U.S. Constitution.

Morris also vigorously promoted policies that favored the financial interests of people like himself while adding to the economic difficulties of his less advantaged fellow Pennsylvanians. One of his major projects was the first privately owned bank in the United States, the Bank of North America.

As Morris envisioned it, the bank would be the sole issuer of currency in the state, a function it would perform in the same extremely tight-money way that had gotten Pennsylvanians literally up in arms against the British, and that favored the interests of creditors over those of debtors.

Morris and his fellow share-holders in the bank used their political clout to prevent competition from any additional new banks, public or private. The paper currency that the bank issued did not come close to meeting the broader public monetary needs in the first years of independence.

It circulated mostly among merchants and government contractors, and the smallest denomination ($20) was too large for the average American of the day to acquire. Morris didn’t care. He wrote to Alexander Hamilton, “If my notes circulate only among mercantile people, I do not regret it but rather wish that the circulation may for the present be confined to them and to the wealthier members of other professions.”

An even more blatant ploy of using government to favor his own class’ interests at the expense of others concerned speculation in war debt. Amid poverty, scarcity of money, and uncertainty about government funding of debt, many holders of IOUs, who had furnished support to the war effort ranging from food to blacksmithing, sold them for cents on the dollar to speculators who hoped to redeem them eventually for much more than that.

Morris not only participated in this game but openly promoted it. He told the Continental Congress in 1782 that speculators should be encouraged to buy up the IOUs “at a considerable discount” and then have the government bring the pieces of paper “back to existence” by paying them off at top dollar.

This big transfer of wealth would provide the affluent with “those funds which are necessary to the full exercise of their skill and industry.” Bouton writes, “As Morris saw it, taking money from ordinary taxpayers to fund a huge windfall for war debt speculators was exactly the kind of thing that needed to be done to make America great.”

We have tended to whitewash such aspects of American history from our consciousness, for several reasons. One is the hagiography we customarily apply to the Founding Fathers. Another is that we lose sight of the connections between class consciousness of the past and that of today by euphemizing today’s version and espousing more subtle notions of trickle-down economics than the crude version that Morris espoused.

People of his economic stratum were known at the time as “gentlemen”; today they would more likely be called “job creators.” A further reason is Americans’ belief in the national myth that America is less stratified into classes, and exhibits more mobility between classes, than do other countries and especially the old countries of Europe. That myth has become increasingly distant from fact in recent decades.

Morris demonstrated how there was more potential for downward mobility in his time than in ours. Leveraged commitments he made as a land speculator fell through when the Panic of 1797 and the drying up of foreign investors’ money because of European wars caused land prices to collapse. Morris lost his fortune and spent three years in debtors’ prison.

His present-day counterparts who make similarly large losing bets are not thrown into debtors’ prison, regardless of the broader consequences of their bets. Instead they are likely to live comfortably on previously stashed away bonuses, carried interest, and other winnings.

One of the most noticed of the economically driven domestic conflicts in the early days of the republic was the anti-tax resistance centered in western Pennsylvania in the early 1790s that became known as the Whiskey Rebellion.

Hamilton may have regarded his levy on booze as a sin tax and thus as an acceptable way to fund the debt that the new federal government had assumed, but that is not how the tax-resisting common people in rural Pennsylvania saw it. For them whiskey was not just a drink but a form in which to economically market their grain and even a medium of exchange, a substitute for money in what were still extreme tight-money times.

The structure of the tax also favored larger distillers in eastern cities over the smaller farmer-producers in the West. The Whiskey Rebellion tends to get treated in textbooks today as a landmark in establishing the authority of the fledgling federal government.

But it was first and foremost class warfare, as was the forceful response to it, which was cheered on by well-to-do gentry anxious to quash what they regarded as a democratic threat to their class’s economic position.

Today “class warfare” gets hurled as an epithet against political opponents, but class warfare, waged by classes above as well as ones below, has a long history in America.