Exclusive: The “independent fact-checkers,” who have been shielding Mitt Romney from questions about Bain Capital’s off-shoring jobs and closing factories, are growing more isolated as the New York Times and other news outlets call for Romney to disclose more, reports Robert Parry.

Mitt Romney is refusing to answer questions about contacts with his Bain Capital subordinates after he took a partial leave of absence in February 1999 to work on the Winter Olympics. Instead, he’s sticking to sweeping denials that he had any role in managing the company as it off-shored jobs and shuttered factories. 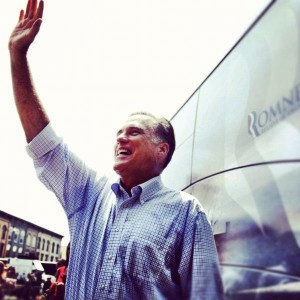 Yet, these “fact-checkers” acknowledge that they are operating with a limited body of facts, i.e. what has so far been made public. In an interview on MSNBC on Monday, Kessler admitted that he had no access to internal information at Bain Capital regarding how often Romney was in touch with his company in those three years.

In an e-mail, I asked Kessler if he would join in calling on Romney to provide more data and thus resolve the issue of exactly what his role was at Bain. Kessler agreed that “Romney could certainly clear this up by releasing more information,” but Kessler did not indicate that he would ask Romney to do so.

Instead, Kessler continued complaining that “the Obama campaign has not provided enough evidence to back up claims of Romney being personally involved in deals post-1999. The burden really is on them since they are making the charge.”

Kessler also said he is not responsible for how campaigns cite his work or that of other “fact-checkers.” Romney repeatedly has cited Kessler and FactCheck.org as clearing him of allegations from the Obama campaign and now from a number of news organizations despite the long paper trail from Bain Capital (and Romney himself) reporting his continued Bain involvement during the three years in question.

To state the obvious, it seems like a contradiction in purpose for “independent fact-checkers” to allow themselves to become accomplices in a politician stonewalling the disclosure of facts that bear directly on his qualifications and integrity. At minimum, it would seem that Kessler and FactCheck.org should suspend their denunciations of the Obama campaign until Romney and Bain clear up the many discrepancies.

Romney also told the Boston Herald in 1999 that he would continue assisting Bain in decisions regarding investments and personnel. However, in TV interviews last Friday, Romney repeated his current mantra that he provided no such input. When pressed on exactly what contacts he actually had, he dodged the questions and referred back to the supportive stories by the two “independent fact-checkers.”

On Sunday, Ed Gillespie, a senior adviser to the Romney campaign, went on CNN to reiterate Romney’s position, but added a new twist by claiming that Romney had “retired retroactively” from Bain Capital two years after moving to Salt Lake City whatever that means.

Ever since he ran for Massachusetts governor in 2002, Romney has sought to distance himself from the results of Bain Capital investments, including some that he engineered before his partial leave of absence in 1999. Some of those investments led to closed factories, painful layoffs and off-shoring of jobs to low-wage countries.

Instead of taking responsibility for those outcomes, Romney has insisted that a bright line existed between his 15 years of hands-on control of the private equity firm and the three years after he agreed to oversee the Winter Olympics games in Salt Lake City.

That attempt to convince voters that there was a “good” Bain Capital under Romney and a “bad” Bain Capital once he left has led to the current confusion and — as far as the Romney campaign is concerned — the helpful intervention of the two “independent fact-checkers.” But they acknowledge that they have no inside information about exactly what Romney was telling his subordinates during those years or how often he was in communication with them.

The “fact-checkers” simply have taken Romney at his word and taken Obama to task. Annenberg’s FactCheck.org told the President’s campaign that it was “all wet” in its six-page defense of the Obama ads that blamed Romney for Bain-related layoffs and off-shoring. Kessler gave Obama and his campaign four “Pinocchios” (a total “whopper”) in one “fact-check” and three “Pinocchios” in a follow-up.

Those “fact-checking” reports, which read more like tendentious legal arguments from Romney’s lawyers than journalistic assessments, prompted Romney to flood the airwaves with attack ads citing those “independent fact-checkers” and calling President Obama a liar. Romney also demanded an “apology,” which Obama refused to give. [See Consortiumnews.com’s “The Romney ‘Fact-Checking’ Scandal.”]

Though Brooks Jackson and Glenn Kessler have become heroes to the Romney campaign and its Republican backers, these “independent fact-checkers” have found themselves increasingly isolated within the journalistic community as more news outlets note the contradictory Bain filings and call for more disclosures by Romney’s camp.

On Monday, the New York Times published an editorial, entitled “Mitt Romney’s Complaints” with a sub-head, “He is not coming clean with voters and President Obama has nothing to apologize for.” The editorial states: “If Mr. Romney doesn’t want to provide real answers to the questions about his career, he had better develop a thicker skin. Mr. Romney’s descriptions of when he left Bain have been erratic and self-serving.

“In 2002, when he needed to show he was still a Massachusetts resident, he denied he had quit in 1999, saying he had taken a leave of absence to run the Olympics committee. A series of documents filed with the Securities and Exchange Committee show that Bain certainly didn’t describe him as absent after 1999.

“Mr. Romney has persistently refused to tell voters about his finances. Even now it is not clear how much money he has made from Bain in the 13 (or 10) years since he left the company. The right way to respond to Mr. Obama is to release his tax returns from that period, or open up Bain documents. But Mr. Romney told CNN he would not release more than the one year’s return he has already released and the one for 2011 when it is finished.”

If Annenberg’s Jackson and the Post’s Kessler want to show that they truly care about facts, they would join the New York Times and others in demanding more disclosures from Romney and they would be offended that he is using them to hide relevant information from the American voters.

← ‘Prisoner’ of Mandela
The Plot that Killed Gandhi →