Billionaires, who are in the process of buying elections across the United States, want to carry out these “investments” in secret. They bristle at demands for disclosure and say listing their names and business interests may open them to public criticism, Bill Moyers and Michael Winship report.

We had the perfect headline all picked out for this piece but our colleague Paul Waldman at The American Prospect magazine beat us to the punch: “It’s Hard Out There for a Billionaire.”

You see, according to the website Politico.com, the so-called “mega-donors,” unleashed by Citizens Unitedand pouring boundless big bucks into this year’s political campaigns, are upset that their massive contributions are being exposed to public view, ignoring the right of every one of us to know who is giving money to candidates — and the opportunity to try to figure out why. 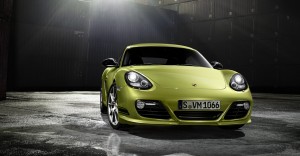 “Quit picking on us” is part of Politico’s headline. Their article says that the mega-donors’ “six- and seven-figure contributions have bought them nothing but grief

“This is definitely not what they had in mind. In their view, cutting a million-dollar check to try to sway the presidential race should be just another way to do their part for democracy, not a fast-track to the front page.”

Uh-huh. The sound you hear is the world’s smallest violin, say, a teeny-tiny Stradivarius insured for millions. “Is there a group of people you can think of who have thinner skin than America’s multi-millionaires and billionaires?” Paul Waldman asks. “Wall Street titans have been whining for a couple of years now about the horror of people in politics criticizing ineffective banking regulations and the favorable tax treatment so many wealthy people receive.

“America’s barons feel assaulted, victimized, wounded in ways that not even a bracing ride to your Hamptons estate in your new Porsche 911 can salve. And now that the presidential campaign is in full swing, their tender feelings are being hurt left and right.”

Last month, an Obama website cited eight mega-donors to Mitt Romney’s campaign as possessing “less-than-reputable records.” Among them was Frank VanderSloot, a Romney national finance co-chairman who has raised millions for the campaign. He’s a rancher with 110,448 acres, on which he no doubt roams playing “This Land is Your Land” on his little Stradivarius and CEO of the billion-dollar company Melaleuca, which Rolling Stone describes as “a ‘multilevel marketing’ firm based in Idaho that sells off-brand cleaning products and nutritional supplements.”

VanderSloot and his wealthy pals went ballistic and cried intimidation. “You go back to the Dark Ages,” VanderSloot said, “when they put these people in the stocks or whatever they did, or publicly humiliated them as a deterrent to everybody else — watch this — watch what we do to the guy who did this.”

Conservatives described the Obama ranking of Romney contributors as an “enemies list,” conjuring images of Nixonian wiretaps and punitive tax audits. But despite protestations to the contrary, these deep-pocketed plutocrats aren’t shelling out the shekels for the love of flag, Mom and apple pie (or tarte tatin, as they call it in the swanky joints).

“Most of the megadonors backing [Romney’s] candidacy are elderly billionaires,” Tim Dickinson writes in Rolling Stone. “Their median age is 66, and their median wealth is $1 billion. Each is looking for a payoff that will benefit his business interests, and they will all profit from Romney’s pledge to eliminate inheritance taxes, extend the Bush tax cuts for the superwealthy — and then slash the top tax rate by another 20 percent.” As at least one of them has said, they view these cash infusions as an “investment,” plain and simple.

Dickinson claims that what VanderSloot specifically seeks are, “Fewer consumer protections. The FDA has rebuked Melaleuca for making ‘false and misleading’ claims about its supplements, and the company has signed a consent decree agreeing to ‘not engage in the marketing and promotion of an illegal pyramid.’

“VanderSloot is also an anti-gay crusader: He tried to kill a PBS program for promoting ‘the homosexual lifestyle,’ and gave big bucks to pass California’s ban on same-sex marriage.” (Maybe that’s why Mitt has called for privatizing PBS, admitting he’s eager to see commercials on Sesame Street!)

Not that Democrats are pure of heart and innocent of venal self-interest many of them are all too ready to leap to the music of the ATM, too. In fact, Adam Bonica, an associate political science professor at Stanford has put together a data base indicating that since 1979, 377 members of the Forbes 400 list of richest Americans have given almost half a billion dollars to candidates of both parties, most of it in the last decade. The median contribution was $355,100 each.

For evidence of the bipartisan nature of avarice, all you need to do is leap into your Wayback Machine and dial back less than twelve hours before Politico’s story of angst among the generous upper classes. This time, the headline reads, “Bill would give bank a $300M benefit.”

Seems the Emigrant Bank, based here in New York City, needs a loophole. “At issue is an arcane provision in the Dodd-Frank law setting out how much capital banks are required to have and in what form,” Politico reported. “Emigrant, the nation’s largest privately owned bank, currently has $10.5 billion in assets, according to its chief regulatory officer, Richard Wald.”

At one point during the financial meltdown, Emigrant borrowed money that by the end of 2009 raised its worth beyond $15 billion. This triggered a Dodd-Frank provision requiring the bank to liquidate some of its assets.

Enter New York Republican Congressman Michael Grimm who, with the bipartisan backing of members of the House Financial Services Committee, including Democratic ranking member Barney Frank (as in Dodd-Frank), introduced a one-sentence bill — that’s right, one sentence — moving the cut-off date to March 31, 2010, when the banks assets had slipped back under $15 billion. This will create a savings for Emigrant of $300 million in capital.

Emigrant has come a long way since it was founded in 1850 as a savings bank for newly arrived Irish Ã©migrÃ©s. Now Howard Milstein, whose family is worth an estimated $3.8 billion, owns it. He was a bundler for Barack Obama’s 2008 presidential campaign and a major contributor to New York Governor Andrew Cuomo.

Politico’s John Bresnahan writes, “The Milsteins, along with business associates and other family members, have donated hundreds of thousands of dollars to both GOP and Democratic lawmakers over the past decade. Along with Grimm, New York Democratic Reps. Carolyn Maloney, Carolyn McCarthy and Gregory Meeks — all co-sponsors of the bill — have received $11,500 in donations from the Milsteins this cycle.”

What’s more, over the last two years, “The Milsteins have retained high-powered lobbying help to bolster their push for congressional action, at a cost of several hundred thousand dollars,” including a firm which counts among its partners former New York Republican Sen. Al D’Amato, whose career in Congress was but prelude to his lucrative retirement as a hustler for the mighty.

All of which leads to one last headline, via the Reuters news service on Thursday: “House panel votes to give New York bank a break.” The tally was 35-15.

And the plutocrats cried all the way to the bank.

2 comments for “Pity the Poor Billionaires”