Exclusive: The Supreme Court’s GOP Five just finished a run as brave libertarians protecting Americans from President Obama’s health-care reform, but now are back to their usual role as defenders of abusive state power, allowing strip searches of anyone arrested for anything and perhaps particularly protesters, reports Robert Parry.

Last week, the five Republican partisans who control the U.S. Supreme Court were all about protecting American “liberties” against the threat of compulsory broccoli purchases. This week, they are defending the rights of prison guards to strip search a nun arrested in an anti-war protest or a black guy who got nabbed by mistake for not paying a fine that he had actually paid.

But the Court’s strip-search ruling on Monday was more about the future than the past. One could almost see the GOP Five rubbing their hands together at the prospect of mass strip searches of young men and women arrested for challenging corporate greed in Occupy protests. Perhaps the justices would like to take a page from Rush Limbaugh’s playbook and suggest the videos be posted online so they could watch. 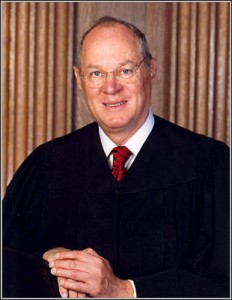 “Every detainee who will be admitted to the general population may be required to undergo a close visual inspection while undressed,” wrote Justice Anthony Kennedy for the Republican majority.

Of course, the justices don’t expect that they and their powerful friends would ever be subjected to such humiliation. That’s more for the lesser beings or those with lesser money especially those who find themselves disproportionately tossed into America’s massive prison system: the poor, the minorities and the protesters.

The GOP Five’s 5-4 ruling was so extreme that it even caused the usually solicitous New York Times to note that “the procedures endorsed by the majority are forbidden by statute in at least 10 states and are at odds with the policies of federal authorities. According to a brief filed by the American Bar Association, international human rights treaties also bar the procedures.”

What the GOP Five’s ruling means for average Americans is that they can have their private parts and body cavities inspected by prison guards after arrests for even the most non-violent of charges, such as “violating a leash law, driving without a license and failing to pay child support,” the Times reported.

But the GOP Five would have none of that human rights stuff, continuing with their disconnected logic to reach rulings that fit their ideological bent. For instance, Justice Kennedy noted that “one of the terrorists involved in the Sept. 11 attacks was stopped and ticketed for speeding just two days before hijacking Flight 93.”

What the prejudicial 9/11 reference had to do with strip-searching someone whose dog runs off leash or whose bicycle bell doesn’t work might not be readily apparent to anyone who doesn’t spend the day watching Fox News unless Kennedy thinks that strip-searching everyone who gets a speeding ticket might prevent another 9/11.

Albert W. Florence, the African-American plaintiff who lost in the Supreme Court’s ruling, was subjected to two strip searches in 2005 after his wife, April, was pulled over for speeding. Though Florence was in the passenger seat, he was arrested when a police records search discovered an outstanding warrant against him for an unpaid fine (which had actually been paid).

Before the clerical error was corrected, Florence was detained for a week, held in two jails which each required a strip search. He was forced to stand naked in front of a guard who made him lift his penis and testicles so they could be examined. Then, Florence said, he was ordered to turn around, squat cough and spread his cheeks to expose his anus.

The GOP Five claimed the extensive use of strip searches was necessary to provide security in the nation’s massive prison complex, which holds millions of detainees. But strip searches also would give authorities a powerful psychological weapon to use against protesters, like those who have participated in Occupy Wall Street and related demonstrations around the country.

The GOP Five’s latest ruling also undercuts their posturing last week during hearings on the Affordable Care Act when they presented themselves as principled defenders of American “liberties” by signaling a readiness to strike down the individual health insurance mandate at the center of a law aimed at providing near universal health-care coverage for Americans.

During those oral arguments, Republican justices demanded that U.S. Solicitor General Donald B. Verrilli Jr. define a “limiting principle” to the Constitution’s Commerce Clause (though the Framers included none when they wrote the document in 1787). Justice Antonin Scalia wondered if Congress also could mandate that Americans buy broccoli; Justice Samuel Alito worried about burial insurance.

Although the individual mandate originated as a conservative idea from the right-wing Heritage Foundation and was applied against health-care “free riders” by Republican Gov. Mitt Romney of Massachusetts, it suddenly became a tyrannical infringement on American “liberties” when embraced by Democratic President Barack Obama.

At one point in last week’s oral arguments, Justice Scalia let his right-wing ideology peak out from under his black robes when he dressed down Verrilli for noting that the United States has accepted the principle of providing emergency medical treatment for a person who is injured or stricken with a sudden illness.

“We’ve obligated ourselves so that people get health care,” Verrilli said in the context of explaining that those costs then get passed on as higher premiums charged to Americans who have health insurance. Scalia answer to the dilemma was, “well, don’t obligate yourself to that,” in other words just let the person suffer or die.

Again, it might be noted that Scalia and his well-to-do friends would not be the ones dumped on sidewalks outside hospitals, but rather the lesser people, i.e. those with lesser money.

Yet, after a week of posing as brave libertarians protecting Americans from President Obama’s health-care reform, the GOP Five quickly reverted to form as defenders of abusive state power, with their minds likely filled with visions of naked young anti-Wall Street protesters male and female forced to bend over and expose their genitals.