Exclusive: After three days of oral arguments before the U.S. Supreme Court, most analysts agree that the five Republican justices are likely to deliver a body blow to Democratic President Obama by declaring his landmark health-reform law “unconstitutional.” But the key issue is really quite narrow, Sam Parry says.

So, the defining legal argument over health-care reform comes down to whether the federal government has the power to determine WHEN individuals will be charged for the health care services that they will, over the course of their lives, require.

After the Supreme Court’s oral arguments about the Affordable Care Act on Tuesday, that timing question appeared to be the single constitutional question left to answer, but it obviously was a big one because the Act would require people to sign up for insurance  and not wait for a medical emergency to get it. 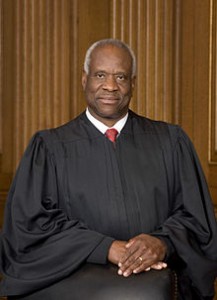 Everyone in the courtroom seemed to agree that Congress has the authority to require Americans who are otherwise uninsured to buy insurance at the point of sale i.e. when they are in the emergency room and in need of medical care. That authority is clearly granted to Congress under the Commerce Clause of the Constitution you are transacting, therefore you can be regulated. (That appeared to be the consensus, though Justice Clarence Thomas, as usual, didn’t say anything, so it’s hard to guess what he’s thinking.)

In other words, this is not a question over whether you interpret the Commerce Clause as granting a broad or a more limited power to Congress. The issue is whether Congress has the authority to require that individuals buy insurance before they need the medical care that, everyone knows, they will require at some undetermined point in the future.

It’s a question of timing. It’s a “when” question, not an “if” question. Plain and simple. That’s because the health care market, unlike every other market, is:

–Universal: Virtually all of us will need medical care at various points in our lives;

–Unpredictable: We have no way of knowing when we’ll need medical care; and

–Expensive: The cost of providing medical care has skyrocketed to the point that most Americans simply can’t afford it without some form of insurance. And when Americans can’t pay for their own care, those costs get shifted directly to the rest of us who do have health care insurance.

So, when do we force Americans to pay for their health care? Is it before they get sick, or after they get sick? That’s the only significant question left for the Supreme Court to decide, pertaining to the individual mandate. But it may be the issue that the five Republican justices cite to gut the law and essentially send the country back to square one in the health-care debate.

Everything else including broccoli is an intellectual sideshow that serves to set the outer limits of the theoretical debate over boundaries of congressional authority. They are perhaps entertaining debates, but they are not germane to the Affordable Care Act, which makes no mention of broccoli and which hinges on the use of an individual mandate to rationalize a market that is, everyone agrees, badly malfunctioning. (Though, again, where not exactly sure where Justice Thomas stands on anything.)

← GOP Justices Ignore the Founders
A Judicial War on Democracy →