The new Egypt guided by relatively moderate Islamists of the Muslim Brotherhood is seeking a unity among Palestinian factions as a way to advance peace talks with Israel. The next question will be whether Israel and the United States welcome or spurn this initiative, writes ex-CIA analyst Paul R. Pillar.

The Egyptian Muslim Brotherhood has undertaken an important initiative that is good not just for Egypt but also for Israel, the Palestinians, the United States and anyone else genuinely interested in Middle Eastern peace. It will be good for those interests, that is, if not subverted by reflexive rejection of doing business with Islamists or by a lack of genuine interest in a Palestinian-Israeli peace.

As described in a report by David Kirkpatrick in the New York Times, the Brotherhood is trying to work with both Hamas and Fatah to encourage reconciliation between the two parties, with the intention of having a single Palestinian interlocutor capable of representing all Palestinians while negotiating a peace settlement with Israel. 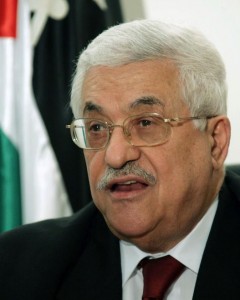 In making this initiative, the Egyptian Brotherhood has necessarily moved away from previous exclusive backing of Hamas, which began as a Palestinian offshoot of the Muslim Brotherhood, and more specifically from any approval of armed struggle against Israel and instead has opened up new channels to Fatah. Brotherhood leaders explain that a unified Palestinian leadership with the earnest backing of an Egyptian government offers the strongest possibility for meaningful peace talks with Israel.

The Brotherhood already claims some positive results, although how much is due to the Egyptian efforts and how much reflects moves Hamas was making on its own is unclear. After a senior Brotherhood leader urged Hamas to be more flexible in its talks with Fatah, Hamas agreed to having Fatah leader Mahmoud Abbas head a provisional Palestinian unity government.

To the extent the Egyptian influence is being felt, it helps to cement the positive effect that the exodus from Syria has had on the thinking and direction of Hamas’s external political leadership.

Several important developments are being demonstrated here. One is the Egyptian Brotherhood’s effort to act constructively and responsibly as it makes the transition from opposition movement to the largest element in a new Egyptian government. Brotherhood leaders describe what they are doing in exactly those terms.

One member who is now chairman of the Arab affairs committee in the upper house of the Egyptian parliament says, “Any movement of the size of the Muslim Brotherhood, when it is in the opposition it is one thing and then when it comes to power it is something completely different.”

Also being demonstrated is the Brotherhood’s commitment to maintaining Egypt’s own peace with Israel. Brotherhood leaders see this commitment as linked to Palestinian peace with Israel, just as Anwar Sadat once did. They say that peaceful coexistence between Israel and a Brotherhood-led Egypt can serve as a model for Hamas, provided Israel is willing to accept a fully independent Palestinian state. And indeed it can.

The current inclinations of Hamas itself are also being displayed. Cooperation with this initiative by Hamas’s Egyptian brethren complements and confirms the Palestinian group’s recent statements indicating its acceptance of coexistence with Israel on the basis of the 1967 borders.

It is hard to find anything not to like in any of this. The United States should find ways to applaud and encourage the course the Egyptian Brotherhood has set.

The biggest problem involves Israeli hang-ups. There is the overall Israeli dyspepsia over anything having to do with Islamists, which is why the Brotherhood’s political success has made Israel uncomfortable. More specifically is the Israeli refusal to have anything to do with Hamas (except prisoner exchanges) or even with a Palestinian government or authority including Hamas, no matter how much of the Palestinian political spectrum Hamas represents or what the group is saying or doing now.

On top of that are reasons to doubt whether the current Israeli government even wants to negotiate a two-state solution creating a truly independent Palestinian state, no matter who the Palestinian interlocutors are.

If Israeli inflexibility on these matters continues, the United States should make use of the Egyptian initiative to separate itself from that inflexibility. Political realities, especially during an election year, set well-known limits, but ways can certainly be found to applaud and encourage publicly what the Brotherhood is doing without appearing to interfere in Egyptian politics and maybe even without, for now at least, mentioning Hamas.

In private discussion with the Israelis, the United States should point out that if Israel is genuinely interested in a peace settlement with the Palestinians, what the Egyptian Brotherhood is doing is as good as it gets, especially coming from the biggest political actor in the biggest Arab state. If the Israelis are not genuinely interested in a settlement, a negative posture toward the Egyptian initiative will serve only to underscore to the world Israel’s responsibility for the impasse.

And if Mr. Netanyahu raises issues of Hamas’s past involvement in terrorism, he should be reminded that if the United States applied a once-a-terrorist-always-a-terrorist standard, it never would have had any dealings with some who have occupied the positions he does now of Israeli prime minister and leader of Likud.