Republican bills taking aim at women’s reproductive freedoms have raised alarms about a “war on women,” a development that is shaking up the American political scene. But some of the legislation also is putting the U.S. outside the bounds of international norms, as Nat Parry reports.

A barrage of recent legislative initiatives spearheaded by Republicans on the national and state levels collectively dubbed the “war on women” by Democrats and women’s advocacy groups threaten to roll back U.S. commitments on the international level on gender equality and human rights.

With Campaign 2012 in full swing, the controversies of this war on women have found their way to the top of the national discussion, with other domestic problems such as the economy seemingly taking a back seat this election year. 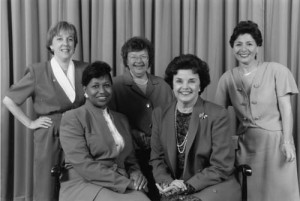 The battles have been fueled by outrageous statements by prominent Republicans such as Rush Limbaugh calling a defender of birth control access a “slut” and “prostitute,” as well as some rather absurd legislation being adopted, such as the recently signed Virginia law requiring women to submit to a medically unnecessary ultrasound before getting an abortion.

At a demonstration at the Virginia State Capitol protesting the ultrasound law earlier this month, 31 women’s rights advocates were arrested, prompting a rebuke of the police by State Delegate Delores L. McQuinn, D-Richmond, who called the arrests “just the latest example of government overreach that we’ve seen in recent weeks.”

“The men and women who marched on Capitol Square have a right to peacefully protest without the threat that they will be arrested for exercising that right,” McQuinn said in a news release. “At several recent women’s rights events, there has been an overabundance of police presence.”

Republican presidential candidate Mitt Romney has waded into the fight with provocative statements about ending the Planned Parenthood program, which provides preventive health care for about five million women a year. According to Planned Parenthood, 76 percent of their clients have incomes at or below 150 percent of the federal poverty level.

The program has received federal funding since 1970, when President Richard Nixon signed into law the Family Planning Services and Population Research Act, which increased funding for family planning and maternal health care. In signing the law, Nixon said that “no American woman should be denied access to family planning assistance because of her economic condition.”

At the time, the legislation enjoyed bipartisan support from liberals, who saw contraception access as increasing families’ control over their lives, and conservatives, who saw it as a way to keep people off welfare.

Now, however, national Republican leaders such as Mitt Romney flippantly declare that they would end the program. “Planned Parenthood, we’re going to get rid of that,” Romney said in an interview on Tuesday.

But eliminating maternal health care for low-income women would push the United States further from the developed world’s standards for maternal health, and may even constitute a breach of international law.

The relevant legal framework providing for the rights of women include the International Covenant on Civil and Political Rights (ICCPR), which guarantees political equality between men and women, as well as the Convention on the Elimination of All Forms of Discrimination against Women (CEDAW) and the International Covenant on Economic, Social and Cultural Rights (ICESCR).

While the U.S. is a full state party to the ICCPR, it is only a signatory to the CEDAW and the ICESR, one of only a few countries around the world that have failed to ratify these treaties.

As article 12 of the CEDAW reads:

“1. States Parties shall take all appropriate measures to eliminate discrimination against women in the field of health care in order to ensure, on a basis of equality of men and women, access to health care services, including those related to family planning.

“2. Notwithstanding the provisions of paragraph I of this article, States Parties shall ensure to women appropriate services in connection with pregnancy, confinement and the post-natal period, granting free services where necessary, as well as adequate nutrition during pregnancy and lactation.”

Besides contravening international norms, eliminating programs such as Planned Parenthood would also likely have a disastrous impact on women’s health in the United States, which already ranks near the bottom of the developed world in terms of maternal mortality.

From 2009 to 2010, the U.S. ranking on maternal mortality fell from 41st to 50th in the world. Women in the United States face a higher risk of maternal death than nearly all European countries, as well as Canada and several countries in Asia and the Middle East.

A recent Amnesty International report documents the challenges that women in the U.S. face in obtaining the services they need, and exposes multiple failures in the health care system, including: language barriers to care; lack of information about maternal care and family planning options; lack of active participation in care protocols; inadequate postpartum care; and a lack of accountability and oversight.

If Republicans have their way in eliminating existing programs for maternal health such as Planned Parenthood, all of these problems documented by Amnesty International will likely be exacerbated.

The war on women, however, is not limited to assaults on maternal health. While much of the debate has focused on GOP efforts to impede women’s access to prenatal care and abortions, the controversies also include largely partisan disputes over protection against gender-based violence.

The Violence Against Women Act, which was adopted overwhelmingly in 1994 and renewed easily in 2000 and 2005, has suddenly become a partisan issue this year. On Feb. 2, the Senate Judiciary Committee approved legislation reauthorizing VAWA on a party-line vote of 10-8. The legislation received no GOP support among committee members, which was, according to Committee Chairman Patrick Leahy, D-Vermont, the first time VAWA legislation did not receive bipartisan support out of committee.

Republicans objected to language in the bill that would extend protections against violence to undocumented immigrants and LGBT victims of domestic violence, as well as allowing Native American authorities to prosecute some non-native offenders.

These extended safeguards, however, are widely seen as vital to protect some of the most vulnerable members of society, who tend to lack even the most basic legal protections and access to justice, and could help bring the U.S. into compliance with UN recommendations.

As the United Nations Special Rapporteur on violence against women documented in a report last year, U.S. policies concerning domestic violence, sexual assault in the military and treatment of women in detention fall far short of adequately protecting victims.

The report pointed to “a lack of legally binding federal provisions providing substantive protection against or prevention of acts of violence against women. This lack of substantive protective legislation, combined with inadequate implementation of some laws, policies and programmes, has resulted in the continued prevalence of violence against women and the discriminatory treatment of victims, with a particularly detrimental impact on poor, minority and immigrant women.”

To remedy this situation, the UN official offered several recommendations, including:

“(a) Explore more uniform remedies for victims of domestic violence, sexual assault and stalking. Expanding federal causes of action under VAWA, where possible, would mitigate current discrimination, and increase uniformity and accountability at the state and local levels.

“(b) Review and more effectively address the disproportionate impact that violence has on poor, minority, and immigrant women.

“(c) Re-evaluate existing mechanisms at federal, state, local and tribal levels for protecting victims and punishing offenders, given that calls for help often do not result in either arrests or successful prosecutions.

“(d) Establish meaningful standards for enforcement of protection orders and impose consequences for a failure to enforce.

The Special Rapporteur also recommended strengthening legal safeguards to prevent discrimination against victims in housing and employment, pervasive sexual harassment and assault of women in the military, violence against women in prison and the lack of enforcement of orders of protection.

Although the proposed changes to VAWA would go a long way in addressing some of these outstanding concerns, the bill faces the threat of a Republican filibuster in the Senate which could kill the legislation.

As Huffington Post reports, “the bill has five Republican co-sponsors, but would need at least seven GOP votes to get to the 60 needed to break a filibuster and pass the Senate.”

While such a level of support seems achievable in the upper chamber, final passage would still be a difficult challenge for the Democrats, considering the House of Representatives is controlled by Republicans, who have made clear their agenda of waging war on women, and rolling back international standards on women’s rights.

So far, the Republican-controlled House has taken no action on companion legislation to the Senate’s version of VAWA.

Nat Parry is the co-author of Neck Deep: The Disastrous Presidency of George W. Bush. [This story appeared previously at http://compliancecampaign.wordpress.com/]