Exclusive: The New York Times and other U.S. news outlets failed miserably to tell the truth before the Iraq War and they aren’t doing much better as new war clouds build over Iran. Journalists lazily repeat false assumptions like Iran’s purported threat to attack Israel with a nuclear bomb, Robert Parry writes.

As Americans ponder a possible war with Iran over its nuclear program, they reasonably might turn to someone like Mark Landler, the New York Times’ White House correspondent, for a careful explication of the facts. If so, they might have heard an explanation like this, which Landler provided to MSNBC viewers on Monday:

“The Israelis feel the window for that [denying Iran the capability to build nuclear weapons] is closing and it’s closing really fast, and if they allow it to close without taking military action, they would find themselves in a position where the Iranians suddenly are in possession of nuclear weapons, which they’ve threatened already to use against Israel. 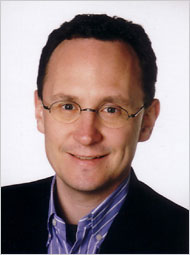 “As the Israelis always say, that’s an existential threat to Israel, which is something we don’t necessarily feel here in the United States.”

Now, that sounds really scary that the Iranians have “threatened already to use [nuclear weapons] against Israel” which the Israelis understandably perceive as an “existential threat.” Except, of course, that Iran has not threatened to attack Israel with nuclear weapons. Indeed, Iranian leaders continue to deny that they even want nuclear weapons.

Just last month, Iran’s Supreme Leader Ali Khamenei, who controls the armed forces, called “the possession of nuclear weapons a grave sin” and said “the proliferation of such weapons is senseless, destructive and dangerous.” He insisted that “the Iranian nation has never pursued and will never pursue nuclear weapons.”

Further, the U.S. intelligence community reported in 2007 that Iran stopped research work on a nuclear weapon in 2003 and had not resumed that effort. That assessment was reaffirmed in 2010 and remains the position of the CIA and other intelligence agencies.

Last weekend elections also strengthened Khamenei’s hand vis a vis the lame-duck President Mahmoud Ahmadinejad, whose erratic statements are often cited by Israel and its supporters to justify a possible military attack on Iran. (Even before the election, however, Ahmadinejad’s power was tightly circumscribed by Khamenei, as blogger Juan Cole has noted.)

Yet, it is common practice for American journalists simply to parrot the Israeli propaganda theme that Iran’s achievement of just a “capability” to build a nuclear bomb, even if Iran is not really building one, represents an unacceptable threat to Israel. Those reporters also rarely mention that Israel has an actual arsenal of some 200 to 300 nuclear bombs.

These American journalists presumably see a greater risk to their careers from mentioning such inconvenient truths as the existence of Israel’s sophisticated and undeclared nuclear arsenal than from misleading the U.S. people into another “war of choice” in the Middle East. You may recall a similar pattern during the run-up to the U.S. invasion of Iraq in 2003.

So, instead of balanced analysis on the true state of play in the Israeli-Iranian stand-off, U.S. journalists like Landler deliver fear- and war-mongering declarations, albeit in measured tones, thus leaving Americans like those MSNBC viewers with the unchallenged assertion that Iran already has threatened to annihilate Israel with nuclear weapons.

Landler did not provide any citation or any detail for his claim. It was presented as just one of those assumptions that everyone knows must be true.

← Can Rush Keep It Up?
Maligning Pvt. Manning →