Exclusive: The U.S. news media has consistently created the impression that Iran is building a nuclear bomb and that its denials shouldn’t be taken seriously. However, U.S. and Israeli intelligence assessments may finally be eroding that smug certainty, Robert Parry reports.

What can one say when the Washington Post’s neoconservative editorial writers more correctly describe the U.S. and Israeli assessments on Iran’s nuclear program than does a news story in the New York Times? In a Wednesday morning surprise, a Washington Post editorial got the nuances, more or less, right in stating: “U.S. and Israeli officials share an assessment that, though Iran is building up nuclear capability, it has not taken decisive steps toward building a bomb.” 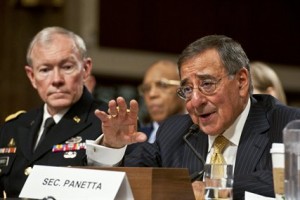 You could still say the Post is hyping things a bit, skewing the wording in an anti-Iranian direction, but the sentence is essentially correct on where U.S. and Israeli intelligence judgments stand, that Iran has NOT made a decision to build a nuclear bomb.

But then there’s the New York Times. It continues to mislead its readers, albeit with a new weasel word inserted to avoid being accused of completely misstating the facts. In a news article on Wednesday, the Times reported that “the United States, Europe and Israel have all called [Iran’s nuclear] program a cover for Iranian efforts to develop nuclear weapons capability, an accusation that Iran denies.”

The key weasel word now is “capability,” which is a very elastic concept since any work on nuclear research for peaceful purposes, such as low-level enrichment of uranium, could theoretically be used toward a weapons “capability.” (The word also appeared in the Post editorial.)

There’s a parallel here to President George W. Bush’s statements about the Iraq War: Remember, after his promised Iraqi stockpiles of WMD didn’t materialize, Bush retreated to claims about WMD “programs,” i.e. the possibility that something might have occurred down the road, not that it actually had happened, was happening or was likely to happen. “Capability” is now filling a similar role.

So, instead of stating that U.S. and Israeli intelligence agencies concur that Iran’s leadership has NOT made a decision to go forward with a nuclear bomb, the Times creates a false impression that they have done so by suggesting Iran is making progress toward a “nuclear weapons capability.”

If that wording leaves you with the notion that Iranian leaders have decided to press ahead in building a nuclear bomb (but are lying about their intent), you can be forgiven because that seems to be the misimpression the Times wants you to have. Indeed, even well-informed Americans have come away with precisely that misimpression.

And there’s another parallel to Bush’s case for war with Iraq, when he falsely implied that pre-invasion Iraq was allied with al-Qaeda, without actually saying precisely that. Any casual listener to Bush’s speeches would have made the implicit connection, which was what Bush clearly intended with his juxtaposition of words, but his defenders could still argue that he hadn’t exactly made the link explicit.

Now this sleight of hand is being done mostly by the U.S. news media, including the New York Times in its influential news columns. To state the obvious, employing misleading word constructions to confuse readers is an inappropriate technique for a responsible news organization.

The Times and most other major U.S. news outlets have refused to alter their boilerplate on Iran’s nuclear ambitions (beyond slipping in the word “capability”), even as a consensus has emerged among the intelligence agencies of the United States and Israel that Iran has NOT made a decision to build a nuclear weapon.

As ex-CIA analyst Ray McGovern has noted, this intelligence judgment has even been expressed recently by high-profile figures in the defense establishments of the two countries U.S. Defense Secretary Leon Panetta and Israel’s Defense Minister Ehud Barak.

In an article entitled “US/Israel: Iran NOT Building Nukes,” McGovern wrote: “You might think that you would have heard more about that, wouldn’t you? U.S. and Israel agree that Iran is NOT building a nuclear bomb. However, this joint assessment that Iran has NOT decided to build a nuclear bomb apparently represented too big a change in the accepted narrative for the Times and the rest of the FCM [Fawning Corporate Media] to process.”

McGovern cited an interview by Barak on Jan. 18 in which the Defense Minister was asked:

Question: Is it Israel’s judgment that Iran has not yet decided to turn its nuclear potential into weapons of mass destruction?

Barak: confusion stems from the fact that people ask whether Iran is determined to break out from the control [inspection] regime right now in an attempt to obtain nuclear weapons or an operable installation as quickly as possible. Apparently that is not the case.

Question: How long will it take from the moment Iran decides to turn it into effective weapons until it has nuclear warheads?

Barak: I don’t know; one has to estimate. Some say a year, others say 18 months. It doesn’t really matter. To do that, Iran would have to announce it is leaving the [UN International Atomic Energy Agency] inspection regime and stop responding to IAEA’s criticism, etc.

Why haven’t they [the Iranians] done that? Because they realize that when it became clear to everyone that Iran was trying to acquire nuclear weapons, this would constitute definite proof that time is actually running out. This could generate either harsher sanctions or other action against them. They do not want that.

Question: Has the United States asked or demanded that the government inform the Americans in advance, should it decide on military action?

Barak: I don’t want to get into that. We have not made a decision to opt for that, we have not decided on a decision-making date. The whole thing is very far off.

Question: You said the whole thing is “very far off.” Do you mean weeks, months, years?

Barak: I wouldn’t want to provide any estimates. It’s certainly not urgent. I don’t want to relate to it as though tomorrow it will happen.

In a Jan. 19 article on Barak’s interview, the Israeli newspaper Haaretz summed up the Israeli view as follows: “The intelligence assessment indicates that Iran has not yet decided whether to make a nuclear bomb.

“The Israeli view is that while Iran continues to improve its nuclear capabilities, it has not yet decided whether to translate these capabilities into a nuclear weapon or, more specifically, a nuclear warhead mounted atop a missile. Nor is it clear when Iran might make such a decision.”

McGovern noted that Barak in the interview appeared to be identifying himself with the consistent assessment of the U.S. intelligence community since late 2007 that Iran has not made a decision to go forward with a nuclear bomb. The formal National Intelligence Estimate of November 2007 a consensus of all 16 U.S. intelligence agencies stated:

Despite complaints about the NIE from some American and Israeli war hawks, senior U.S. officials have continued to stand by it. Defense Secretary Panetta raised the topic himself in an appearance on CBS’s “Face the Nation” on Jan. 8.

Panetta said “the responsible thing to do right now is to keep putting diplomatic and economic pressure on them [the Iranians] and to make sure that they do not make the decision to proceed with the development of a nuclear weapon.”

Panetta was making the implicit point that the Iranians had not made that decision, but just in case someone might miss his meaning, Panetta posed the direct question to himself: “Are they [the Iranians] trying to develop a nuclear weapon? No.”

Today, it appears that even the neocon editors of the Washington Post have been forced to accept this important distinction, grudging as that acknowledgement may have been. The New York Times, however, has simply inserted the new weasel word, “capability,” which could mean almost anything and which still misleads readers.

To its credit, perhaps, the Times did include another relevant fact near the end of its Wednesday article, noting that Israel is “a nuclear weapons state.” That’s a key fact in understanding why Iran might want a nuclear deterrent but is rarely cited by the Times in its background on the current crisis.

For further context, the Times also might want to add that Israel’s nuclear arsenal remains undeclared and that Israel unlike Iran has refused to sign the Nuclear Non-Proliferation Treaty or to allow international inspectors into Israeli nuclear facilities. But such balance may be simply too much to expect from the Times.

← In Case You Missed…
Standing Up to War and Hillary Clinton →