Money has a way of not just talking but corrupting nearly everything it touches, including awards purportedly meant to honor artistic quality. At this year’s Grammys, some of the less “popular” genres of music have been slashed to streamline the show, as Danny Schechter reports.

LL Cool J will be solo-hosting the annual Grammy Awards this Sunday in Los Angeles. The rap veteran who also just happens to have a show on CBS also just happens to be the star that his network has chosen for maximum prime-time “face time,” the kind of cross-promotional showcase that every network loves for “their” talent.

LL speaks of his role on what’s called “Music’s Biggest Night” as a “thrill” and a “dream come true.” What he doesn’t reflect on was his own past:  the year he boycotted the ceremony because it wasn’t honoring rap artists in the days before rap became a best-selling commercial music. 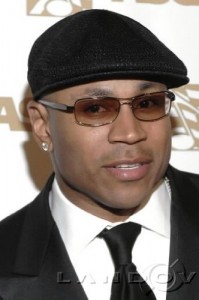 Ironically, LL Cool J is now the front man for a TV extravaganza that other artists are slamming for excluding major American music traditions as part of what they picture as a further corporate takeover of the music business.

Just as the dominant power of corporate power in politics is being challenged by movements like Occupy Wall Street, the re-engineering of the awards by a still secret committee without a vote by musicians is being criticized as discriminatory and anti-democratic.

The top executive of the Grammys, Neil Portnow, seems to be there to please advertisers by streamlining the ceremony, to quicken its pace, and keep the focus on the biggest stars and most popular best-selling genres. He presided over the dropping of 31 categories of music, including those that most appeal to minorities, in essence, eroding the cultural diversity that has always been a selling point for NARAS, the National Academy of Recording Arts and Sciences.

Portnow, CEO of the Recording Academy, doesn’t seem to appreciate the political and cultural dimensions of this controversy. He has been unresponsive to calls to reinstate the deleted categories. He confessed to Billboard that there really was no rhyme or reason for blowing up the awards into a daylong extravaganza, recognizing more than 100 categories (109 in 2011):

“Every year there are changes but we’ve never stopped and stepped back to look at the whole thing,” Portnow told Billboard in an exclusive interview. “[We asked], is there an underlying infrastructure and rationale across all the awards as to how we’re doing this? And what we found is, there wasn’t.”

So they have created one by dumping the music that many artists struggled for decades to win recognition for. Visibility for these genres introduces diverse music to viewers and helps the careers of less well-known artists.

One of American’s best known singers, Frank Sinatra, an early Grammy winner said at the first Grammy ceremony that he believed in the awards because they were about musical excellence, not popularity (or sales).

Say the critics: “NARAS President Neil Portnow made a shocking surprise announcement to the organization’s more than 21,000 members: The Academy had eliminated nearly one-third of its categories, thereby decreasing the number of 2012 Grammy Awards from 109 to 78.

“The decision by NARAS greatly reduces the chances of artists composing, arranging and performing music in those categories to win the music industry’s most coveted award The Grammy.

“NARAS, the producers of the Grammys, made the decision to eliminate these categories, comprised mostly of ethnic music, without the knowledge of or input from the organization’s 21,000 members or its elected representatives; and, in so doing and by failing to apply the new eligibility criteria in a non-discriminatory manner, violated NARAS’ own bylaws and procedures.”

Some Latin Jazz artists are suing while more than 23,000 people have signed a protest petition at the GrammyWatch.org website. Grammy Watch, with support from Presente.org, the largest online Latino advocacy organization in the United States, is protesting. Prominent stars like Grammy winner Carlos Santana supports the call to reinstate the categories.

Reuters reports, “Paul Simon, Bonnie Raitt and Bobby Sanabria are among the dozens of artists who have spoken out against the decision. Musicians say the Grammy cuts will harm their careers financially and diminish the profile of music enjoyed by minority communities.

“Spokesman Robert Sax said on Wednesday that the protest would be held outside the Staples Center in Los Angeles as stars like Rihanna, Bruce Springsteen, The Beach Boys and Tony Bennett arrive to perform at the Grammy Awards show on Sunday.

“The demonstrators will later celebrate the Not Those Awards All-Star Latin Jazz Jam at Mama Juana’s, a Los Angeles nightclub, with performers including two-time Grammy winner Oscar Hernandez, John Santos and Bobby Matos.”

Black political figures like Dr. Cornell West and Reverend Jesse Jackson have backed the protesters. Yahoo reports: “Jackson, on behalf of the Rainbow Push Coalition of U.S. civil rights groups, said some of the categories dropped by the Recording Academy in a major overhaul last year ‘constitute the very heart of the music that nourishes and inspires minority communities.’”

While some are getting hot under the collar, LL Cool J has stayed cool. He was told of the protest but has yet to comment on it, along with CBS and the Grammy sponsors. Why let ethics get in the way of a successful apolitical star-studded telecast?

News Dissector Danny Schechter writes the NewsDissector.com blog. He covered top musicians for ABC’s 20/20, and was a key player in the multi-artist Sun City album and video. His new book is Occupy: Dissecting Occupy Wall Street. Comments to dissector@mediachannel.org