Exclusive: GOP presidential hopeful Newt Gingrich claims President Obama has declared “war on the Catholic Church” with a ruling that contraception must be included in health plans for employees of church-led institutions, but Catholic moral theologian Daniel C. Maguire says it is the U.S. bishops (and Gingrich) who are wrong.

The decision of the Obama administration to ensure health care coverage including contraception in Catholic institutions has enraged American bishops who lobbied hard against it. The bishops claim their religious freedom is violated by this ruling, but the bishops are wrong and out of the mainstream of Catholic teaching, including the teaching of bishops in other parts of the Catholic world.

A number of bishops, including Bishop Kevin Dowling of Rustenburg, South Africa, have spoken strongly on the need for condoms, especially in areas ravaged by sexually transmitted diseases. The U.S. bishops are even at odds with the pope who approves the use of condoms “where the intention is to reduce the risk of infection.” 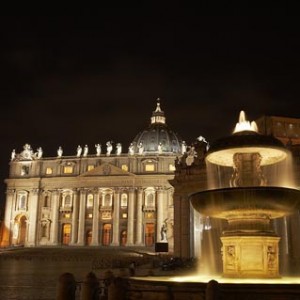 The papal change on condoms effectively ended the taboo on condoms since it says that health concerns may require their use, and there are many health concerns aside from HIV/AIDS. The nonpartisan and well-respected Institute of Medicine, on which the Obama administration relied, says contraceptives can be used to treat reduce the risk of endometrial cancer and pelvic inflammatory disease and other diseases mainly affecting women.

Also use of contraception is linked to the decline in infant death. Obviously contraception limits the number of abortions since it prevents unwanted pregnancies.

Furthermore, traditional Catholic teaching rests on a tripod, including the hierarchy, the theologians and the sensus fidelium, the experience-fed wisdom of the laity. These three sources of teaching are, as Cardinal Avery Dulles said, “complementary and mutually corrective.” An accurate look at Catholic teaching on contraception today shows strong support for the position that contraception is not only permissible but even mandatory in many cases.