Exclusive: Delivering the GOP rebuttal to President Obama’s State of the Union, Indiana Gov. Mitch Daniels is hailed as a “fiscal conservative,” but his actual record as George W. Bush’s budget director was one of fiscal recklessness, taking America from surpluses to massive deficits, as Robert Parry reports.

The Republican Party has tapped Indiana Gov. Mitch Daniels to deliver the response to President Barack Obama’s State of the Union Address and the hearts of Official Washington are aflutter again over this darling “fiscal conservative.”

A New York Times’ article about the choice of Daniels noted that “the sight of Mr. Daniels on national television is sure to raise wistful ‘if onlys’ in a Republican establishment that had put the governor at the top of its wish list for a White House run.” But that article like others about Daniels leaves out a salient fact about his alleged “fiscal conservatism”: as President George W. Bush’s original budget director, Mitch Daniels helped create today’s fiscal mess. 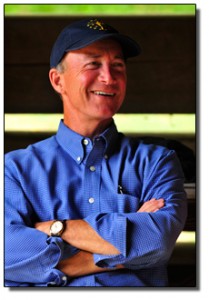 Daniels oversaw the federal budget as it was making its historic reversal from a $236 billion surplus then on a trajectory to eliminate the entire federal debt in a decade to a $400 billion deficit by the time Daniels left the Office of Management and Budget in June 2003.

Plus, because of proposals developed on Daniels’s watch such as tax cuts favoring the rich and unpaid-for projects, including the invasion of Iraq and a new prescription drug plan the fiscal situation of the federal government continued to deteriorate over the ensuing years, becoming a trillion-dollar-plus annual deficit by the time Bush left the White House in 2009.

And that Clinton-era projection of eliminating the entire federal debt receded far over the horizon behind a vast ocean of red ink. In other words, in a saner world, Daniels might be one of the last people you would tout as a “fiscal conservative” or, for that matter, a “job creator” given the massive job losses by the end of Bush’s disastrous reign.

Though Daniels can’t be blamed for Bush’s entire economic mess, he was a central player in the early stages of the unraveling. Known for his marketing skills as a former pharmaceutical executive, Daniels emerged as the persuasive salesman for Bush’s plans. He surely was no David Stockman, President Ronald Reagan’s first budget director who sounded the alarm two decades earlier when he saw another ocean of red ink looming in the nation’s future.

And it wasn’t as if Daniels and other Bush administration officials weren’t warned about the need for continued fiscal discipline when they took office. President Bill Clinton, in his farewell address to the nation on Jan. 18, 2001, noted how his administration had managed to turn what were then record deficits left over by Reagan and George H.W. Bush into record surpluses.

“We’ve been able to pay down $600 billion of our national debt on track to be debt-free by the end of the decade for the first time since 1835,” Clinton said, adding that a debt-free America would enjoy many economic benefits including lower interest rates and the capacity to address “big challenges,” such as the retirement costs from the “baby-boomers.”

However, with Daniels at the budget helm, the Bush administration quickly veered off-course and onto the rocks of a worsening debt crisis. Much of the Clinton-era surplus was squandered on huge tax cuts favoring the rich, leaving the nation vulnerable to unexpected economic and policy shocks like those that followed the 9/11 attacks.

In the 10 years after Clinton left office, the projected $2 trillion surplus by 2011 gave way to a $10 trillion debt, what the Washington Post called “a $12 trillion detour.”

In a Post story on May 1, 2011, Lori Montgomery began, “The nation’s unnerving descent into debt began a decade ago with a choice, not a crisis. Voices of caution were swept aside in the rush to take advantage of the apparent bounty. Political leaders chose to cut taxes, jack up spending and, for the first time in U.S. history, wage two wars solely with borrowed funds.”

Despite his current reputation as a “fiscal conservative,” Daniels, a former political operative for Reagan and an Eli Lilly pharmaceutical executive, actually had very little experience in budgeting. He was most adept at policy promotion and, in that capacity, directly contributed to one of Bush’s biggest budget blunders, the gross underestimation of the cost of the Iraq War.

In 2002, Daniels famously low-balled the war’s cost at $50 billion to $60 billion and joined in the repudiation of Bush’s economic adviser Lawrence Lindsey, who had ventured an estimate as high as $200 billion. Daniels dismissed Lindsey’s price tag as “very, very high.”

But it turned out that even Lindsey’s estimate, which led to his firing later that year, was very, very low. As of fiscal 2011, the Congressional Research Service reported that the Iraq War had cost $806 billion, with estimates putting the eventual total cost of the conflict at over $1 trillion.

Though Daniels’s defenders say it is unfair to blame him for all of Bush’s policy decisions, Daniels was “a key figure in the administration, helping design policies and pressing publicly for their enactment,” Salon.com’s Brendan Nyhan reported in a Feb. 12, 2002, article.

Besides citing Daniels’s political role in pushing through Bush’s deficit-oriented policies, Nyhan noted that Daniels’s appointment to run the Office of Management and Budget marked an important evolution in the role of budget director from accounting wonk to political marketer.

“It is another sign of the importance P.R. tactics play in American politics,” Nyhan wrote. “The OMB director, once a budget expert, is now an operative chosen for his political skills, particularly his ability to sell the administration’s economic proposals in the media.

“In August [2001], Daniels admitted as much, telling the Wall Street Journal that ‘[t]o the extent I bring anything to this job, maybe it’s an ability to think about how a product, whether it’s Prozac or a president’s proposal, is marketed.’ Predictably, he has displayed a disturbing tendency to make dishonest claims for political advantage on federal budget issues.”

For instance, Nyhan noted that Daniels first promoted the Bush tax cuts as a way to “share some of this large overcharge [the surplus] with the American people,” but later he repackaged it as an economic stimulus. He also blamed the sudden $1.345 trillion drop in the projected surplus on various economic and technical factors, but the Congressional Budget Office cited the tax cut’s $1.7 trillion price tag.

In his hard sell for Bush’s policies, Daniels also was not above hitting his opponents below the political belt. In December 2001, he denounced Democratic “tax and spend extremists” as “people for whom taxes can’t be high enough and we can never spend too much government money.”

“In the Bush budget plan, for example, the administration projects a return to surpluses in 2004 or 2005, but this ignores the cost of extending a provision protecting millions of middle income taxpayers from a tax increase under the individual alternative minimum tax.

“It is a matter of serious public concern that the federal budget director has become just another spinner dragging down public debate. Though he is a political appointee heading an executive agency, Daniels is also a public official with a larger responsibility to promote honesty in federal budget debates. “Daniels may not recognize the difference from his previous job [as a pharmaceutical executive], but we must. It is unacceptable to market our nation’s economic policies like Prozac.”

By the way, Daniels’s projection of a federal budget surplus returning in 2004 or 2005 didn’t exactly turn out that way.

Yet, despite his dismal record as Bush’s budget director, Daniels has led a charmed life as far as Official Washington is concerned. From Fox News to MSNBC, he is fawned over as a mild-mannered “fiscal conservative” whose expertise on budget issues is highly valued.

Daniels is also praised for his work as Indiana’s governor and his supposedly non-confrontational style. His work as Bush’s budget director framing some of the most reckless budgets in U.S. history escapes scrutiny.