As Wall Street bankers and hedge funds deploy powerful computers in “high-frequency trading” siphoning off capital meant for productive purposes one counter-measure would be a “financial transaction tax” to discourage the practice and raise needed revenue, a plan gaining traction in France, reports Jeff Cohen.

With U.S. media obsessing on the fight here at home among conservatives vying to become president, most of them missed some big news from France, which already has a conservative president. French President Nicolas Sarkozy announced that he would take the lead even go it alone within Europe, if need be in introducing and pushing a Financial Transaction Tax in his country.

That’s right the conservativepresident of France wants to tax the financial traders and speculators. Referring to the tax as a “moral issue” and blaming deregulation and speculation for the global economic meltdown, Sarkozy has said that traders must “repay for the damage they have caused.” 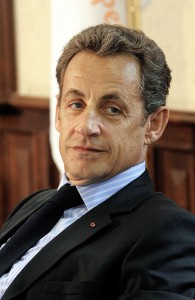 What does it tell us about U.S. politics that the conservative president of France on this issue and others is way to the left of President Barack Obama?  The U.S. president has not publicly promoted a Wall Street transaction tax (even though U.S. financial institutions, not the French, were largely responsible for the global crisis).

Sometimes called a “Robin Hood tax,” a Financial Transaction Tax is endorsed worldwide by everyone from conservative European leaders to the Pope and Archbishop of Canterbury to Bill Gates and Ralph Nader.  The tax is tiny per transaction and would barely be felt by middle-class investors or their pensions or 401(k)’s, but it could raise big bucks from high-volume investors and impose a brake on the kind of speculation that tanked the world’s economy.

French President Sarkozy keeps explaining to the people of France and Europe that a small transaction tax raises billions for countries facing deficits. Wouldn’t it be something if President Obama went to the American people with such a deficit proposal, instead of putting Medicare on the chopping block?

President Sarkozy invokes the “moral issue” of financial institutions repairing the damage they caused. What a shock it would be to see President Obama aiming the “moral issue” at Wall Street profiteers and demanding repair of damage, instead of rewarding them with top White House jobs.

After failing to get resistant allies among European countries to join him, Sarkozy is going forward on his own declaring: “If France waits for others to tax finance, then finance will never be taxed.” [British officials have been particularly resistant to the tax because they fear it would put a crimp in the freewheeling trading practices of the London exchange.]

Can you imagine Obama standing up to a resistant Congress on a Wall Street transaction tax?  He can’t even stand up to his own advisers on the issue, according to Ron Suskind’s insider book on the Obama White House, Confidence Men.  Suskind reported that Obama briefly embraced the tax and declared at one meeting: “We are going to do this!”  But after Obama’s top economic adviser (and Wall Streeter) Larry Summers criticized the tax, the idea was buried at the White House.

That was back in 2009.  But the idea is still alive among some Democrats on Capitol Hill. A couple months ago, Sen. Tom Harkin and Rep. Peter DeFazio introduced a Financial Transaction Tax bill in Congress that would easily raise $350 billion over 10 years. Rep. John Conyers introduced a similar bill last year it would tax Wall Street to fund federal jobs programs.

A Wall Street transaction tax is backed by National Nurses United and other unions. It’s popular with the U.S. public, and would be even more popular if Obama were to campaign for it in 2012. RootsAction.org has gained 50,000 signatures in support of the tax. You can add your name here to those pushing Obama to (re)embrace the Wall Street tax.

And don’t get me wrong about President Sarkozy of France. He’s no great humanitarian. But he is facing an uphill reelection battle this year and the conservative president understands how popular a financial tax is with voters. Facing reelection this year, maybe it’s time President Obama came to that same understanding.

Jeff Cohen is co-founder of RootsAction.org, author of Cable News Confidential , and founder of the media watch group FAIR.