America’s Founders saw press freedom as a key check on government dishonesty, but today’s media has become a powerful ally of official lies by funneling sophisticated propaganda especially in support of war, as Lawrence Davidson notes about the hysteria over Iran.

Winston Churchill once said, “No one pretends that democracy is perfect or all-wise. Indeed, it has been said that democracy is the worst form of government except for all the others that have been tried from time to time.” He was right.

Democracy in its various manifestations is a flawed system, flawed by virtue of its roots. By definition it is the system where power flows from the people (or at least a supposed majority of the people), and as there are no perfect people, then … Well, the logic speaks for itself.

Many of democracy’s problems are common to all forms of governance. For instance, (a) the tendency of a political leader to mistake his or her own interests or that of his party, for the nation’s or community’s interests and (b) the corruptive influence of powerful subgroups or lobbies usually coming through the manipulation of money and other resources. 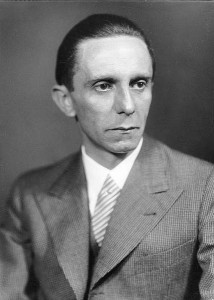 The ubiquitous nature of these problems suggests that they are structural, that is they are built into the system no matter what form a government takes. That does not mean such flaws cannot be held in check or minimized. As James Madison, the father of the U.S. Constitution believed, they might be subject to control by a well-crafted constitution. However, it is unlikely that they can be eliminated.

Today, we are presented with a stark example of U.S. democracy’s systemic flaws. Again, these bring together the influence of small but powerful and wealthy subgroups with the tendency of national leaders to define interests in personal ways. The trigger for the present structural malfunction is a foreign policy issue, the issue of Iran (which, alas, is a reworking of the recent issue of Iraq).

As the ConsortiumNews website puts it “a torrent of war propaganda against Iran is flooding the American political scene as U.S. neocons and Israeli hardliners see an opening for another war in the Middle East.” This statement which, in my opinion, is quite accurate, suggests to us:

1. There are relatively small warmongering lobbies in the country which are ideologically driven and continuously active. Hence, the powerful subgroups.

2. Principal among them are neoconservatives and hard-line Zionists. Both of these groups are endowed with “deep pockets” and therefore can buy a lot of politicians and media access. Buying such influence, as long as it is done within very loose guidelines, is at once disastrous and perfectly legal. Hence, corruption through the manipulation of money.

The result is a major skewing of American policy. How so? Because the vast majority of elected leaders do not reckon interest in national terms, nor do they care about the truth or falsehood of their lobby supporters’ claims. They calculate interest in terms of their own personal and party political needs.

Those needs are (a) financial assets to run elections and (b) aligning themselves with the popular mood in ways that generate votes. The lobbies, or subgroups, have the money to manipulate both of those needs. They can help the politician finance his or her election, and they can run the advertisements that help shape public opinion and mood. Hence the policy formation follows the dictates of the lobbies.

4. The aim of the two subgroups in question is a new war in the Middle East with the target this time Iran. Iran’s danger, as put forth by the lobbies, goes largely unquestioned by both the politicians and a bulk of the media despite the fact that there is a recent, horrific precedent in simply accepting this warmongering. That precedent is the recent war in Iraq.

In that case, the crippling economic sanctions, followed by invasion, led to the death and maiming of millions. That this horror was carried forward on the basis of lies is now assiduously ignored. That the same fate may well await Iran is actually presented as desirous.

It is to be kept in mind that if those who spread lies that result in slaughter and massive destruction are citizens of or protected by a superpower, no punishment will accrue. None of the major liars that brought us the Iraq war have been punished. One can hardly think of a more corrupt political situation.

The lies of the neoconservatives and hard-line Zionists are part of an “MO” or modus operandi that is not original to them. Whether they do so purposely or coincidently, they are following the observation of the Nazi propaganda minister Joseph Goebbels, who claimed that the English understood that “when one lies, one should lie big” and noted “that in the big lie there is always a certain force of credibility” — lessons the Nazis applied themselves.

In the present case, the neoconservatives and hard-line Zionists first created false charges (Iran’s alleged desire for nuclear weapons and willingness to use them against the U.S. and Israel) and are now, with the cooperation of the mass media, repeating them over and over again as if they were true.

They ignore (and pressure the media to ignore) all the evidence that says their charges are false. Thus, the scant press coverage given to the two comprehensive U.S. National Intelligence Estimates, one in 2007 and a follow-up one in 2011, both of which concluded that Iran shut down its nuclear weapons program in 2003 and has not revived it since.

Simultaneously, they bring forward untrustworthy testimony of Iranian expatriates and known liars that support their claims (this does get media coverage). All the while urging greater and greater sanctions aimed at the systematic destruction of target country’s economy.

As suggested above, the structural flaws in the political system make the warmongering neocons and faceless Israeli agents in the guise of lobbyists one half of the equation. Our own politicians are the other half. In the American system, one of the legal factors that serves to connect the two halves of the equation is the Supreme Court’s 1976 decision (Buckley vs. Valeo) declaring one’s unfettered right to buy as much “free speech” as one has money.

Thus both the politicians and the media venues know where they are going when, as they say, they follow the money. In the last round, the money demanded war rhetoric focused on Iraq. This time, it demands war talk focused on Iran. And, sure enough, that is what we get.

In December 2011, both the House of Representatives and the U.S. Senate passed bills seeking to destroy the Iranian economy by crippling its oil trade and destroying the functionality of the country’s central bank. It is a testimony to the strength of the neoconservatives and Zionists that the votes were 410-11 in the House and 100-0 in the Senate.

This is obviously an ongoing bipartisan fiasco. Senator Majority Leader Harry Reid, D-Nevada, declared his satisfaction with the congressional votes by effortlessly stating the conventional wisdom that now dominates Official Washington: “Iran’s actions pose a danger to the United States and the entire world.”

It makes no difference if the senator believes his own hyperbole. His actions lead to the increased suffering of ordinary Iranians. Out on the campaign trail, most of the Republican presidential candidates parrot the same line:

1. Mitt Romney supports “crippling sanctions” against Iran because, he declares, “the greatest threat that Israel faces, and frankly the greatest threat the world faces, is a nuclear Iran.” Again, it makes no difference if Romney really believes this or is just playing for Zionist lobby money. He adds to the building war mania and gets in line for his share of responsibility for the sanctions that are undercutting the livelihoods of innocent people.

2. Newt Gingrich has publicly committed himself to attacking Iran if such action can result in regime change. He is ready to “collaborate with the Israelis on a conventional campaign” against Iran.

3. Rick Santorum told the American public that if he were elected president “I would be saying to the Iranians, you either open those facilities, begin to dismantle them and make them available to inspectors or we will degrade those facilities through air strikes.” Poor Rick, he seems unaware that international inspectors regularly visit the Iranian facilities. Poor the rest of us, if Rick becomes president!

There is a famous child’s idiom that goes “sticks and stones can break my bones but words can never hurt me.” Its message, whispered into the ears of millions of children, is just not true. Words are potential weapons. They not only can make us feel bad (and that hurts), they can also be used to motivate us to pick up the sticks and stones that break other’s bones.

And, of course, we have long ago gone beyond sticks and stones. Therefore it is with bloody irresponsibility that neoconservatives, extreme Zionists and a large array of American politicians blithely incite their fellows to war.

Civilian life must mean very little to them, as little as truth itself. The former is readily reduced to splattered bits of flesh in the wake of attacks by drones, fighter jets, attack helicopters, cruise missiles, tanks, and machine guns, etc. and the latter is reduced to propagandistic incitement brought to you by a weaponized Fox News.

So we and our leaders are myopic and greedy, and our lobbyists savagely single-minded and this, in turn, finds license in a structurally flawed political system.

Actually, being aware of all this offers no excuse at all. We have known about our faults for a very long time. James Madison was thoroughly versed in these problems and his attempt, through the Constitution, to safeguard against them was sincere and noble.

But his results, despite later attempts to augment his work, have been mixed at best. And things will stay that way until we address our main need we need to find a constitutionally safe way to protect ourselves from our own lies.

← Thank-you to Our Readers
Fleecing the Angry Whites →

28 comments for “How Propaganda Targets Iran”