President Barack Obama and Israeli Prime Minister Benjamin Netanyahu are engaged in intense maneuvering over Netanyahu’s aim of entangling the United States in an Israeli war against Iran.

Netanyahu is exploiting the extraordinary influence his right-wing Likud Party exercises over the Republican Party and the U.S. Congress on matters related to Israel in order to maximize the likelihood that the United States would participate in an attack on Iran. Obama, meanwhile, appears to be hoping that he can avoid being caught up in a regional war started by Israel if he distances the United States from any Israeli attack. 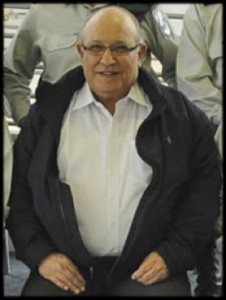 New evidence surfaced in 2011 that Netanyahu has been serious about dealing a military blow to the Iranian nuclear program. Former Mossad chief Meir Dagan, who left his job in September 2010, revealed in his first public post-Mossad appearance last June 2 that he, Israeli Defense Forces (IDF) chief Gabi Ashkenazi and Shin Bet chief Yuval Diskin had been able to “block any dangerous adventure” by Netanyahu and Defense Minister Ehud Barak.

The Hebrew language daily Maariv reported that those three, along with President Shimon Peres and IDF Senior Commander Gadi Eisenkrot, had vetoed a 2010 proposal by Netanyahu to attack Iran.

Dagan said he was going public because he was “afraid there is no one to stop Bibi [Netanyahu] and [Ehud] Barak.” Dagan also said an Israeli attack on Iran could trigger a war that would “endanger the (Israeli) state’s existence,” indicating that his revelation was not part of a psywar campaign.

It is generally agreed that an Israeli attack can only temporarily set back the Iranian nuclear program, at significant risk to Israel. But Netanyahu and Barak hope to draw the United States into the war to create much greater destruction and perhaps the overthrow of the Islamic regime.

In a sign that the Obama administration is worried that Netanyahu is contemplating an attack on Iran’s nuclear facilities, Defense Secretary Leon Panetta tried and failed in early October to get a commitment from Netanyahu and Barak that Israel would not launch an attack on Iran without consulting Washington first, according to both Israeli and U.S. sources cited by The Telegraph and by veteran intelligence reporter Richard Sale.

At a meeting with Obama a few weeks later, the new Chairman of the Joint Chiefs of Staff, Gen. Martin Dempsey, and the new head of CENTCOM, Gen. James N. Mattis, expressed their disappointment that Obama had not been firm enough in opposing an Israeli attack, according to Sale. Obama responded that he “had no say over Israel” because “it is a sovereign country.”

Obama’s remark seemed to indicate a desire to distance his administration from an Israeli attack on Iran. But it also made it clear that he was not going to tell Netanyahu that he would not countenance such an attack.

Trita Parsi, executive director of the National Iranian American Council (NIAC), who has analyzed the history of the triangular relationship involving the United States, Israel and Iran in his book Treacherous Alliance, says knowledgeable sources tell him Obama believes he can credibly distance himself from an Israeli attack.

In a Dec. 2 talk at the Brookings Institution, while discussing the dangers of the regional conflict that would result from such an attack, Panetta said the United States “would obviously be blamed and we could possibly be the target of retaliation from Iran, sinking our ships, striking our military bases.”

Panetta’s statement could be interpreted as an effort to convince Iran that the Obama administration is opposed to an Israeli strike and should not be targeted by Iran in retaliation if Israel does launch an attack. Parsi believes Obama’s calculation that he can convince Iran that the United States has no leverage on Israel without being much tougher with Israel is not realistic.

“Iran most likely would decide not to target U.S. forces in the region in retaliation for an Israeli strike only if the damage from the strike were relatively limited,” Parsi told IPS in an e-mail.

The Obama administration considers the newest phase of sanctions against Iran, aimed at reducing global imports of Iranian crude oil, as an alternative to an unprovoked attack by Israel. But what Netanyahu had in mind in proposing such an initiative was much more radical than the Obama administration or the European Union could accept.

When Mark Dubowitz, executive director of the Foundation for Defense of Democracies which is closely aligned with Netanyahu’s Likud Party, pushed the idea of sanctions against any financial institution that did business with Iran’s Central Bank, the aim was to make it impossible for countries that import Iranian crude to continue to be able to make payments for the oil.

Dubowitz wanted virtually every country importing Iranian crude except China and India to cut off their imports. He argued that reducing the number of buyers to mainly China and India would not result in a rise in the price of oil, because Iran would have to offer discounted prices to the remaining buyers.

Global oil analysts warned, however, that such a sanctions regime could not avoid creating a spike in oil prices. U.S. officials told Reuters on Nov. 8 that sanctions on Iran’s Central Bank were “not on the table.” The Obama administration was warning that such sanctions would risk a steep rise in oil prices worldwide and a worsening global recession, while actually increasing Iranian oil revenues.

But Netanyahu used the power of the American Israel Public Affairs Committee (AIPAC) over congressional action related to Israel to override Obama’s opposition. The Senate unanimously passed an amendment representing Netanyahu’s position on sanctions focused on Iran’s oil sector and the Central Bank, despite a letter from Treasury Secretary Tim Geithner opposing it. A similar amendment was passed by the House on Dec. 15.

The Obama administration acquiesced and entered into negotiations with its European allies, Saudi Arabia and the UAE on reducing imports of Iranian crude oil while trying to fill the gaps with other sources. But a number of countries, including Japan and Korea, are begging off, and the EU is insisting on protecting Greece and other vulnerable economies.

The result is likely to be a sanctions regime that reduces Iranian exports only marginally – not the “crippling sanctions” demanded by Netanyahu and Barak. Any hike in oil prices generated by sanctions against Iran’s oil sector, moreover, would only hurt Obama’s re-election chances.

In an interview with CNN in November, Israel Defense Secretary Barak warned the international community that Israel might have to make a decision on war within as little as six months, because Iran’s efforts to “disperse and fortify” its nuclear facilities would soon render a strike against facilities ineffective.

Barak said he “couldn’t predict” whether that point would be reached in “two quarters or three quarters or a year.” The new Israeli “red line” would place the timing of an Israeli decision on whether to strike Iran right in the middle of the U.S. presidential election campaign.

Netanyahu, who makes no secret of his dislike and distrust of Obama, may hope to put Obama under maximum pressure to support Israel militarily in a war with Iran by striking during a campaign in which the Republican candidate would be accusing him of being soft on the Iranian nuclear threat.

If the Republican candidate is in a strong position to win the election, on the other hand, Netanyahu would want to wait for a new administration aligned with his belligerent posture toward Iran.

Meanwhile, the end of U.S. Air Force control over Iraqi airspace with the final U.S. military withdrawal from Iraq has eliminated what had long been regarded as a significant deterrent to Israeli attack on Iran using the shortest route.

Gareth Porter is an investigative historian and journalist specialising in U.S. national security policy. The paperback edition of his latest book, Perils of Dominance: Imbalance of Power and the Road to War in Vietnam, was published in 2006. [This story first appeared at Inter Press Service.]