From the Archive: In the pre-Civil War years of the United States, Abolitionists and other social reformers transformed Christmas into a season for addressing the abuses of slavery and mistreatment of children, creating symbols and traditions that endured, writes William Loren Katz.

Before Christmas emerged as a commercial success, it led a checkered social life. In the 13 American colonies and the early days of the United States, it was known as a festival of heavy drinking and brawling.

But as the struggle over slavery heated up in the 1830s, a band of Christian women abolitionists guided it into a holiday devoted to the prince of peace and emancipation.

In 1834, members of William Lloyd Garrison’s newly formed Massachusetts Anti-Slavery Society African-Americans and whites, men and women saw Christmas as an opportunity to expose a hypocritical republic that proclaimed liberty for all yet held millions of African men, women and children captive in slavery. 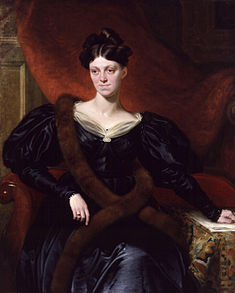 Women assumed the lead in this endeavor, boldly defying a society that denied them the vote and much of a public voice. To finance the abolition cause, these women organized Christmas bazaars that sold donated gifts and trumpeted anti-slavery messages.

Because women were prominent in this effort, the media of the day labeled abolitionist gatherings “promiscuous assemblies” and denounced male supporters as “Aunt Nancy men.” Yet, even in the face of verbal and physical attacks, anti-slavery men and women persisted. After some meetings, women linked arms, black and white, and surrounded their men to protect them from angry mobs.

Women abolitionists also took the lead in confronting a Northern public that felt the degradation of enslaved women and children was too sensitive and immodest a subject for public discussion. With clear language and vivid images, the women abolitionists used their Christmas fairs to publicize the brutality and rapes suffered by their enslaved sisters.

To penetrate the Northern conscience, the women also compared the common practice of whipping children as discipline, which was beginning to gain widespread disapproval, to the brutal whipping of enslaved men, women and children, which the media largely had hidden from public view.

The women turned the Christmas holiday into a time for generous gift-giving that rewarded children. By emphasizing this kind treatment of children, the women asked Americans to accept that enslaved people, who had even fewer rights than children, deserved Christian care and generosity, too.

At least one early Massachusetts anti-slavery fair featured an interracial children’s chorus known as “the Boston Garrison Juvenile Choir.” It sang such popular holiday songs such as “The Sugar Plums.” The women who conducted these Christmas fairs also used attractive symbols, such as the evergreen shrub. By the end of the 1830s, Christmas fairs had become the primary source of abolitionist fundraising.

Bazaar sponsors replaced the small green shrub with a tall, full-grown evergreen tree, an idea inspired by Charles Follen, a German immigrant who was a children’s rights advocate and a professor of literature at Harvard University. He was fired in 1835 because of his anti-slavery activities.

That Christmas, popular British author Harriet Martineau visited Follen’s home and became entranced by his towering evergreen. Martineau enthusiastically described Follen’s “Christmas tree” in one of her books and the public became enthralled, too. The Christmas tree stood as a kind of tall green freedom flag.

In those days, the women anti-slavery crusaders and their male allies were confronting a powerful slave-holding elite that treated millions of men, women and children as property, as well as a political system dominated by Southern states controlling many policies of the three branches of the federal government.

Yet, to expose the country’s great crime of slavery, this daring interracial band of women transformed what had been an antisocial, rowdy festival into a humane Christmas celebration that promoted freedom for all.

To shine a light on the sin of human bondage and demand emancipation on Christmas and the other 364 days, these anti-slavery crusaders beat hard on closed doors, using intellectual creativity and moral strength. Eventually their crusade not only liberated their Southern brothers and sisters but gave birth to the Suffrage movement that decades later achieved political rights for all women in the United States.

Their use of Christmas to dramatize the cause of anti-slavery also handed down many endearing symbols of Christmas, including its emphasis on children, the gift-giving and the evergreen tree. And, by strengthening freedom, these women gave American democracy a Christmas gift that never stops giving.

William Loren Katz, the author of Black Indians: A Hidden Heritage and forty other American history books, is a Visiting Scholar at New York University. Copyright William Loren Katz 2010   His website is www.williamlkatz.com

3 comments for “What Christmas Owes to Abolitionists”