History, as we receive it, is usually the narrative of the victors over the vanquished what those in power want us to think. But the truth can sometimes be ascertained, as William Loren Katz demonstrates in this story of resistance by an alliance of Africans and Native Americans against the U.S. military.

Christmas Eve marks the anniversary of one of the least known battles for freedom and self-determination fought in North America. In 1837, in what had become the state of Florida less than a generation earlier, the freedom fighters were members of the Seminole Nation, an alliance of African slave runaways and Native American Seminoles.

They faced the strongest power in the Americas, the combined armed forces of the United States Army, Navy and Marines, whose goal was to crush the bi-racial alliance and return its African-American members to slavery. 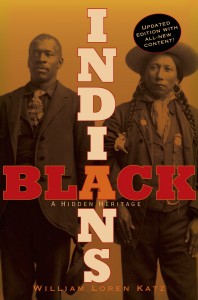 The battle lines were drawn where they were, in part, because an early expedition by Ponce De Leon had claimed the Florida peninsula for the Spanish monarchy but Spain lacked the means to govern the large territory.

So, during the colonial era, escaped slaves from the Carolinas built a new home in ungoverned Florida. Since 1738, Africans had been establishing prosperous, self-governing communities, and around 1776, they welcomed Seminoles fleeing ethnic persecution by the Creek Nation.

The Africans taught their new friends the methods of rice cultivation they had learned in Sierra Leone and Senegambia. On this basis the two peoples of color built an agricultural-based society with a military force prepared to meet threats to their community, to their right of self-determination and to their liberty.

By the War of 1812, the Florida alliance was facing repeated attacks from American slave-hunter posses. There was also an occupation by an armed white militia force known as “Patriots,” who since 1811 enjoyed covert support from President James Madison. He hoped the Patriots would seize Florida for the United States.

Driving this campaign against Florida’s African and Seminole inhabitants were U.S. slaveholders who saw this successful bi-racial alliance as a clear and present danger to their southern plantation system. They had a point, since each week runaways crossed the border to find freedom in Seminole villages.

During one U.S. invasion in 1816, Army Lt. Col. Duncan Clinch, reported: “The American negroes had principally settled along the Apalachicola river and a number of them had left their fields and gone over to the Seminoles on hearing of our approach. Their corn fields extended nearly fifty miles up the river and their numbers were daily increasing.”

In 1819, repeated invasions from the growing giant to the North persuaded Spain to sell Florida to the United States, leading to a 41-year-challenged U.S. occupation known as the “Three Seminoles Wars.”

In 1837, the best-informed U.S. officer in the field, Major General Sidney Thomas Jesup, reported: “Throughout my operations I have found the negroes the most active and determined warriors; and during conferences with the Indian chiefs I ascertained they exercised an almost controlling influence over them.”

Citing the dangers his men faced, he said, “The two races, the negro and the Indian, are rapidly approximating; they are identical in interests and feelings. Should the Indians remain in this territory the negroes among them will form a rallying point for runaway negroes from the adjacent states; and if they remove, the fastness of the country will be immediately occupied by negroes.”

U.S. forces destroyed crops, cattle and horses, violated agreements, and seized women and children as hostages, but the Seminole alliance, even as they protected their families and homes, ran circles around the technologically and numerically superior invaders. U.S. tactics aimed at racially dividing the Africans and Seminoles also failed.

The day before Christmas 1837, U.S. Colonel Zachary Taylor, determined to defeat his wily foe, marshaled more than 1,000 troops in pursuit of about 400 Seminoles under the command of Wild Cat and his sub-chief, African Seminole John Horse.

The Delaware, sensing danger, hesitated, and then fled. Next, the Missourians broke and ran. Taylor ordered his regular Army forward, and later had to report that pinpoint Seminole rifle fire had brought down “every officer, with one exception, as well as most of the non-commissioned officers” and left “but four untouched.”

On Christmas morning, Taylor found the Seminoles had fled in canoes. He counted 26 U.S. dead and 112 wounded, found less than half a dozen slain Seminoles and captured no prisoners.

This battle took place during the Second Seminole War (1835-1842), which involved U.S. Naval and Marine units, at times half of the Army, and cost 1,500 military deaths and U.S. taxpayers $30 million [pre-Civil War dollars].

After his decimated army limped back to Fort Gardner, Zachary Taylor won promotion by claiming, “the Indians were driven in every direction.” Later, using his reputation as an “Indian fighter,” Taylor won election as the 12th President of the United States.

The Seminole alliance at Lake Okeechobee delivered the Army’s worst defeat in decades of Florida warfare. However truth about the battle and the three wars long remain buried, hidden or distorted.

For example, Arthur M. Schlesinger, Jr. in The Almanac of American History, wrote of Taylor defeat: “Fighting in the Second Seminole War, General Zachary Taylor defeats a group of Seminoles at Okeechobee Swamp, Florida.” Not exactly.

The Seminoles conducted a sustained and heroic resistance to the new American Republic’s first foreign invasion of foreign soil, and created one of liberty’s proudest moments on the North American continent. We who cherish the long fight in our country for independence and freedom deserve to know this story.

William Loren Katz is the author of Black Indians: A Hidden Heritage, from which this essay was adapted. A newly revised edition is to be published in early 2012. The author of 40 history books, Katz has been affiliated with New York University since 1973, and his website is WILLIAMLKATZ.COM.