The tense relations between the United States and Pakistan have sunk to a new low over an American aerial assault along the Afghan-Pakistan border that left two dozen Pakistani soldiers dead and the country in an uproar. The U.S. military also is having trouble sorting out exactly what happened, writes Gareth Porter.

The U.S. military and the Obama administration have been thrown into confusion by the attacks on two Pakistani military posts near the border with Afghanistan last Saturday, as the attacks provoked the Pakistani government and military leadership into much stronger opposition to U.S. policy in the region.

The decision to attack by helicopter gunships, which killed 24 Pakistani troops and stoked a new level of anti-U.S. sentiment in the country, has caught the U.S.-led International Security Assistance Force (ISAF) in Afghanistan in a rare defensive posture, because senior officials don’t know what happened and why.

The unwillingness of ISAF, now commanded by Gen. John Allen, to comment on the episode and the swift call for a full investigation clearly reflect doubts on the part of the chain of command as to the veracity of the account given by the unnamed commander of the U.S. Special Operations Forces (SOF) unit who ordered the operation across the border in Pakistan. 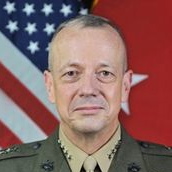 That non-committal posture is strikingly similar to the standard ISAF response to charges by Afghan government officials of the killing of civilians by ISAF forces, whether in air strikes or in SOF night raids.

Accounts of the sequence of events leading to the attack leaked to the news media since Saturday by unnamed officials on behalf of the SOF unit in question have portrayed it in stark terms as a provocation by the Pakistani military.

The account of the attack given to Reuters the day after said a combined NATO-Afghan force seeking Taliban commanders in Kunar province near the Pakistani border came under fire “from across the border,” after which NATO aircraft attacked the Pakistani army post.

The story was attributed to both an unnamed “Western official” and a “senior Afghan security official,” suggesting the two had briefed Reuters together. The Afghan official claimed that the combined force had been fired on from Pakistan while descending from their helicopters, and that the helicopters had then “returned fire.”

That account seemed to suggest that the same helicopters that had delivered the combined force to its target in Afghanistan had then crossed the border in pursuit of the insurgents.

Although the normal practice in any cross-border pursuit of insurgents by U.S. forces is to inform the Pakistani military, last year’s incursion avoided such coordination based on an alleged “imminent danger to troops.” It appears that U.S. and Afghan officials were constructing a similar rationale for a surprise attack inside Pakistan in this case.

In subsequent accounts of the Saturday attack from both U.S. and Afghan officials, however, the initial claim that the forces were attacked from across the border was dropped. The Associated Press, which said it had been given “details of raid,” reported Monday that the insurgent attack took place inside Afghanistan.

The revised account given to the Associated Press portrayed the helicopters as having followed the insurgents in the direction of the Pakistani border outposts and spotting what they believed were insurgent encampments.

Afghan officials were continuing to insist that the insurgents were being sheltered inside the Pakistani posts. A Washington Post story Tuesday quoted a “senior Afghan police official” as saying that, after an initial gun battle, the insurgents retreated into a Pakistani post and began firing from there.” The insurgents were “firing at the commandos,” the Afghan official was quoted as saying, “and they continued firing so the air support had to come to their defense.”

The Los Angeles Times reported Monday that “several officials” said it was “unclear whether the fire came from insurgents sheltering near the Pakistani posts or from the posts themselves.”

The shifting accounts, the ambiguity about whether the helicopter was unaware that the posts belonged to the Pakistan military, and whether insurgents were actually in the posts or not all clearly bothered the ISAF command and officials in Washington.

Meanwhile, the claim that the helicopter was firing on the posts in the mistaken belief that they were insurgent camps has been refuted in detail by the Pakistani military. Maj. Gen. Ashfaq Nadeem, the director general of military operations who was directly involved in dealing with attack Saturday morning, said it was “impossible that they did not know these to be our posts,” according to the Pakistani daily The News.

Nadeem and military spokesman Gen. Athar Abbas both pointed out the posts were located on the tops or ridges more than 300 meters from the Afghan border and that they were permanent structures, which would not have been occupied by insurgents. Furthermore, Nadeem said, NATO had been given the map coordinates of those posts, called “Volcano” and “Boulder.”

The head of Pakistani military operations also provided a detailed account of the events indicating that the U.S. military was aware of the fact that Pakistani posts were being attacked from the beginning.

Just minutes before “Volcano” was first attacked, he recalled, a U.S. sergeant from the “Tactical Operations Center” in Afghanistan called a Pakistani major on duty in Peshawar and told him U.S. Special Forces had taken indirect fire in an area called Gora Pahari about nine miles from the army posts.

A few minutes later, the U.S. sergeant called back and told the major, “Your Volcano post has been hit,” Nadeem said.

Nadeem said the Pakistani army informed NATO that their posts were being attacked by ISAF forces, but the attack continued for 51 minutes, then breaking off for 15 minutes, and resuming for about an hour.

U.S. officials in Washington, meanwhile, still had no clear interpretation of Saturday’s events three days later. When asked by a former U.S. official Tuesday whether the U.S. military now understood any better what had happened, an officer following the issue at the Pentagon replied, “We do not.”

Senior officers in ISAF have long lobbied for a more aggressive approach to the problem of insurgent safe havens in Pakistan, arguing that without such a change, success in Afghanistan will be impossible.

But the cross-border attack on Pakistani border posts has had exactly the opposite effect. It has united Pakistanis, both military and civilian, behind a much more nationalistic policy toward the U.S. military role in both Afghanistan and in Pakistan.

It has provoked the Pakistani government to threaten to stop NATO supplies from crossing into Afghanistan permanently, order the United States to vacate its drone base at Shamsi within 15 days, and boycott the upcoming international conference on Afghanistan in protest.

Pakistan’s minister of information, Dr. Firdous Aashik Awan, described the decision to boycott the Berlin conference as marking “a turning point in Pakistan’s foreign policy” that was supported by all parties represented in the cabinet.

A cabinet meeting held in Lahore on Tuesday even discussed the expected U.S. cutoff of assistance to Pakistan and called for a detailed assessment of how that cutoff would affect different sectors.

Gareth Porter is an investigative historian and journalist specialising in U.S. national security policy. The paperback edition of his latest book, Perils of Dominance: Imbalance of Power and the Road to War in Vietnam, was published in 2006. [This article was published by Inter Press Service.]

5 comments for “US Struggles to Explain Pakistan Attack”