The New York Times’ lack of objectivity on the Middle East is one of the core violations of U.S. journalistic ethics, obvious yet rarely acknowledged. Ethics professor Daniel C. Maguire thought it worth noting in a letter to Times columnist (and former executive editor) Bill Keller.

“Capsules of hope,” “Glimmers from the rest of the world.” How could you have missedone obvious glimmer, one obvious capsule of hope?  But of course you were writing in The New York Times. 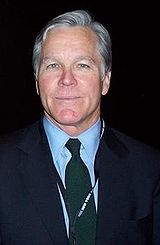 How could you miss the non-violent move by the Palestinians for statehood, with over a hundred nations applauding in the General Assembly? They did this under threats of lost U.S. aid and Israeli retaliation, but they did it. And you saw no glimmer there? But, of course, you were writing in The New York Times.

People who have been victims of an illegal occupation, people who have been victims of the parity lie which blurs the difference between the occupied and the occupier, the invaded and the invader, people who see land thefts extended daily under the euphemism of “settlements,” always tellingly referred to without quotes by The New York Times these punished people took a courageous non-violent step within blocks of The New York Times, and you missed it?