With the assassination of Anwar al-Awlaki, a U.S. citizen and al-Qaeda associate based in Yemen, the Obama administration has stepped onto a slippery slope where loosening standards for extrajudicial killings could slide into a terrifying use of government power, the Independent Institute’s Ivan Eland writes.

The execution of a potentially innocent Troy Davis last month justifiably horrified many in the United States and around the world. Most of the non-police eyewitnesses had recanted or contradicted their testimony that he killed an off-duty police officer; they alleged that they had been pressured or coerced by the police to implicate Davis.

The case has led to important questions about whether the state should or is competent to kill its own citizens, no matter what heinous crime they are accused of committing. Yet at least Troy Davis got due process (however flawed), as the Fifth Amendment to the Constitution requires, before being executed.

In contrast, there has been no similar outrage that Anwar al-Awlaki, also a U.S. citizen, has been put on a U.S. government assassination list with no due process. 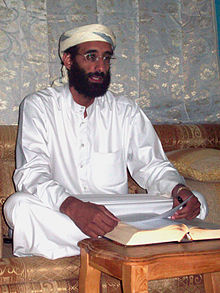 That’s because the word “terrorist” has been applied to al-Awlaki, meaning that hysteria reigns at the expense of any constitutional due process. The Fifth Amendment guarantees that a person (you don’t even have to be a U.S. citizen to get this protection) cannot be “deprived of life, liberty, or property, without due process of law.”

Of course, the proponents of a “war on terror” argue that in wars, the government doesn’t try every enemy soldier in a court of law before it attempts to kill them. However, since no war has been declared, even against the perpetrators of 9/11, that excuse shouldn’t apply.

“War on terror” advocates will then argue that that is only a technicality, because Congress did pass a resolution authorizing military action against the perpetrators of the 9/11 attacks and those who harbored them.

But although al-Awlaki may be part of the group al-Qaeda in the Arab Peninsula (a franchise of the main al-Qaeda group), has publicly called for the killing of Americans, and may even be linked to certain specific terrorist attacks in the United States, it has not been alleged by Obama administration officials that he planned, authorized, committed, or in any way assisted the 9/11 attacks or harbored those who perpetrated them.

Thus, killing him is not authorized by the congressional resolution.

His case merely highlights the fact that the administration has secret criteria for putting people, including U.S. citizens, on a hit list. Thus, al-Awlaki wouldn’t even have to be informed of how he ran afoul of the U.S. government before he gets whacked.

But why should Americans care about the rights of some guy who hates America and may even be a terrorist? Because if an American president can just declare anyone anywhere, including U.S. citizens, a danger to national security and kill him without any due process or oversight from the other branches of government, the rights of all Americans (and other persons) are in danger.

Even the District Court judge who dismissed a suit by Anwar’s father, Nasser al-Awlaki, who tried to argue against the Obama administration’s unconstrained authority to kill any American without due process, wondered why the administration required a judge’s warrant to target a U.S. citizen overseas using electronic surveillance but not to target that same citizen for death.

The judge dismissed the suit because he said the courts weren’t competent to make decisions concerning the “composition, training, equipping, and control of a military force” and that such issues should be left to the branches of government that are periodically subject to electoral accountability.

Perhaps so, but that is not the issue. The issue is whether Congress approved of a war against al-Qaeda in the Arabian Peninsula or al-Awlaki. It has not. Therefore, al-Awlaki should be treated as an alleged criminal and be given due process rights under the Constitution.

The courts clearly have a right to comment on this issue. They should prohibit the administration from having a secret kill list and require it to bring suspected terrorists to trial.

Although the death penalty at home is probably constitutional (the Fifth Amendment does speak of “capital” crimes), the fact that since the mid-1970s, 138 death row inmates were later exonerated does raise important questions about the government’s ability to competently and justly impose the ultimate sanction.

Given the government’s spotty record at identifying murderers, can we be confident that our president can competently identify terrorists and kill them, all the while in violation of the constitutional requirements of due process and checks and balances by other branches of government?

Since many of the prisoners at Guantanamo weren’t guilty of any crime, let alone terrorism, the answer to the last question is a resounding “no.” Thus, letting the president identify terrorists, using secret criteria, and whack them is dangerous to the Republic.

3 comments for “The Slippery Slope of Assassinations”