The new book featuring the reporting of the late Robert Parry, the founder of this site, should be assigned in college classrooms, writes John Kiriakou in a review of American Dispatches. 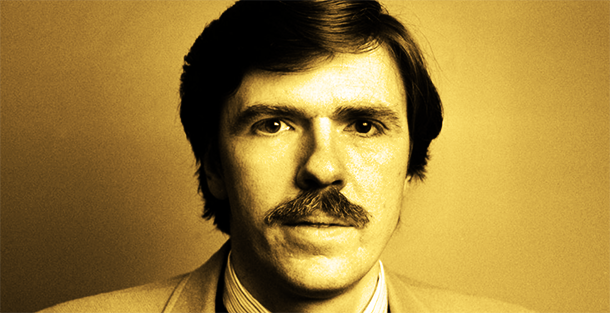 There aren’t a lot of journalists that Americans can look up to these days, especially in the mainstream media. Edward R. Murrow and his “boys” are long gone. Americans don’t have a Walter Cronkite to set their minds at ease. Even the venerable 60 Minutes has had a carousel of unremarkable talking heads since the retirements of Mike Wallace, Morley Safer, and Harry Reasoner.

Instead, many (most, maybe?) Americans get their news from “news” channels that fall under the auspices of their networks’ entertainment divisions. They get their news from the likes of Ken Dilanian, the NBC News and MSNBC intelligence journalist who in 2014 was exposed sending his stories to the C.I.A. for comment and clearance before he sent them to his own editor. (In one email exchange, a new C.I.A. public affairs flack wrote, “I am looking forward to working with you, Ken!” Dilanian replied, “Hooray! Glad to have you guys.”

That’s what makes a new book by Nat Parry so welcome. American Dispatches: A Robert Parry Reader, is a compendium of the most impactful and important pieces of investigative journalism published by Nat Parry’s father Robert, the eminent reporter from the Associated Press, Newsweek, and PBS, and the founder of Consortium News.

Robert Parry is best known for breaking the news that the C.I.A. had provided the Contra rebels in Nicaragua with a copy of their notorious “assassination manual” and that the C.I.A. was helping the Contras send shipments of cocaine to the United States and then using the profits to buy weapons. Parry was a winner of the George Polk Award for his Contra stories, the I. F. Stone Medal for Journalistic Independence, and the Martha Gellhorn Prize for Journalism. He was also a Pulitzer Prize finalist.

One of the things that made Bob Parry so successful as an investigative journalist was the fact that he spent so much time and energy cultivating sources. Unlike the Ken Dilanians of the world, he didn’t just write to or call the C.I.A.’s Office of Public Affairs and then get a C.I.A. press release. He sought out sources, established relationships with them, and then reported the truths that they provided him.

American Dispatches reminds us that he was one of the first journalists to report that the C.I.A. was surreptitiously opening the mail of American citizens. That was without a warrant or any legal authority whatsoever, of course. Parry reported the story at the ripe old age of 26.

[Listen to Nat Parry’s interview about the book with The Intercept.]

American Dispatches is like a walk through modern American history with a tour guide who really knows what he’s talking about, who cares about getting the history right, and who knows that his real role is that of a teacher. For nearly 700 pages, the reader gets a fresh, fact-based, unbiased, and apolitical view of what was happening as some of the most important events in modern history unfolded. Divided into four parts, it examines in depth issues as eclectic as busing, organized crime, drugs, politics, and the role of the media.

But for those readers who consider themselves students of the history of the C.I.A., there is a lot here. The book covers virtually the entire history of the C.I.A. from the time of the Church Committee through the September 11 attacks, and the illegal torture, secret prisons, and rendition programs. Parry pulled no punches in his work.

I sat down to skim this book and I finally put it down two days later having read it in its entirety. Dozens of the people Parry wrote about were former bosses or colleagues of mine at the C.I.A.. Some had been friends. In every single case, Parry got to the core of who they were. For the most part, they were people who considered themselves to be patriots. But they were also sociopaths who couldn’t see the line between serving their country and committing crimes against humanity.

American Dispatches reminds me very much of The Untold History of the United States, a work of truth, even if that truth is uncomfortable and is not the way we’d like to remember it. I hope that in the coming months it finds its way into college political science classrooms across America.