Now that Cold War II has set in, Steve Ellner says Caracas’ strategic alliance with Moscow has become a greater priority for Washington. 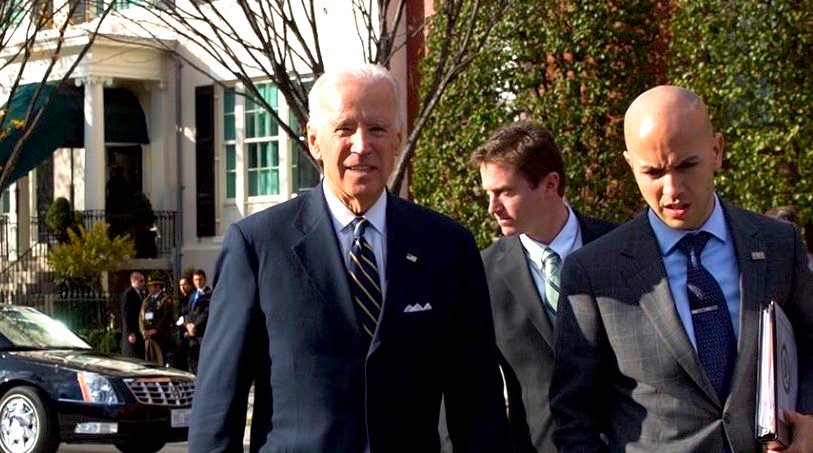 President Joe Biden, left, with Juan S. Gonzalez, who headed the U.S. delegation to Venezuela in March, at right. (Twitter)

Venezuelan President Nicolas Maduro’s repeated calls for dialogue with the U.S. in order to normalize relations seem to be paying off.

His openness to rapprochement contrasts with the Biden administration’s nebulousness regarding the degree to which Washington is willing to recognize Maduro as president (full diplomatic recognition is out of the question).

Biden’s use of sanctions as a bargaining chip to wrest concessions from Caracas is a harder sell than former President Donald Trump’s regime-change narrative on the basis of the preposterous Responsibility to Protect (R2P) principle, sometimes referred to as “humanitarian intervention.”

Over the last two months, the flip flops and timidity of the Biden administration have been put on full display.

In early March, Biden sent a high-level delegation to Caracas to talk to Maduro, but then just days later backed off in light of the backlash led by Florida’s congressional bloc headed by Sens. Marco Rubio and Rick Scott and seconded by Sen. Bob Menendez.

Biden spokeswoman Jen Psaki told journalists not to waste their time speculating “about the future of the United States importing oil at this point in time…from Venezuela.”

More recently, the Economist reported that the Biden administration is planning to reengage Maduro’s representatives in a meeting in Trinidad. Shortly thereafter, however, U.S. Assistant Secretary of State Brian Nichols denied the report and claimed that the only issue under discussion in the March meeting in Caracas was related to Venezuelan democracy. The remark contradicts a previous White House statement that the March meeting discussed “global energy security.”

For many centrists, the Biden administration’s ruling out of the military threats and actions employed by Trump appears to be benign and a step in the right direction. 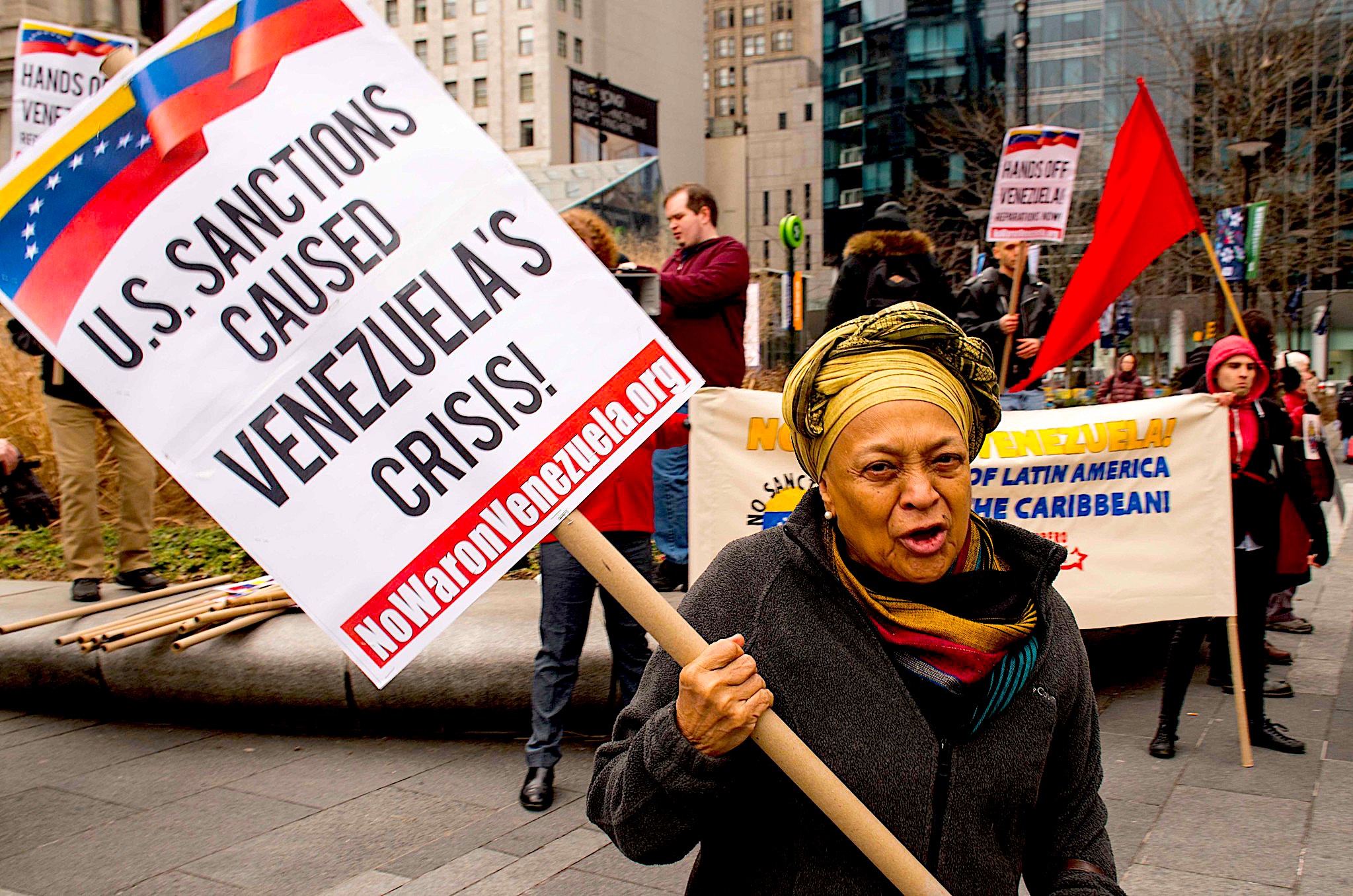 That appearance is enhanced by the belligerent attacks on Biden by the Florida congressional bloc for his use of “sanctions placed on the Maduro regime as a bargaining chip with an illegitimate dictatorship to produce more oil.” Their statement decries Washington’s engagement with Maduro for representing a tacit recognition of his government and undermining the legitimacy of Venezuela’s bogus president, Juan Guaidó.

As part of the Florida-based campaign, Gov. Ron DeSantis spoke at a rally against buying Venezuelan oil — the supposed purpose of the talks with Maduro.

Biden’s unwillingness (or inability) to boldly explain and defend his change of policy to U.S. voters also contrasts with former President Barack Obama, who put his cards on the table when he reestablished diplomatic relations with Cuba.

Indeed, it’s hard to know exactly what Biden has in mind as to how to proceed, assuming he himself knows. Brian Winter, vice president of the Council of the Americas, was right in saying at the time of the first delegation to Venezuela that “until we know precisely what the Biden administration is trying to achieve, it’ll be difficult to evaluate how far this détente can go.”

Biden’s overtures have worked to Maduro’s advantage, even with, of all places, Brazil.

“At a moment in which the United States considers making an exception to the embargo on Venezuelan oil exports, it seems to me that we can think in terms of reevaluating the issue of diplomatic relations.”

Following suit on April 29, Mexico’s President Andrés Manuel López Obrador called Biden to discuss the Ninth Summit of the Americas to be held in Los Angeles in early June. He urged Biden for “all the countries of the Americas [to] receive an invitation, without excluding anyone.”

Shortly before López Obrador made the call, the State Department’s Brian Nichols had addressed reporters on the upcoming summit stating, in reference to Venezuela, Cuba and Nicaragua, “they are unlikely to be there.”

In a joint press conference with Argentina’s President Alberto Fernández, Lasso said that his government welcomed the rapprochement between the U.S. and Venezuela and would consider reestablishing diplomatic relations with the latter.

Fernández, for his part, defended his government’s decision to reestablish full relations with Venezuela and called on other countries in the region to do the same, noting “Venezuela has had a difficult time.” 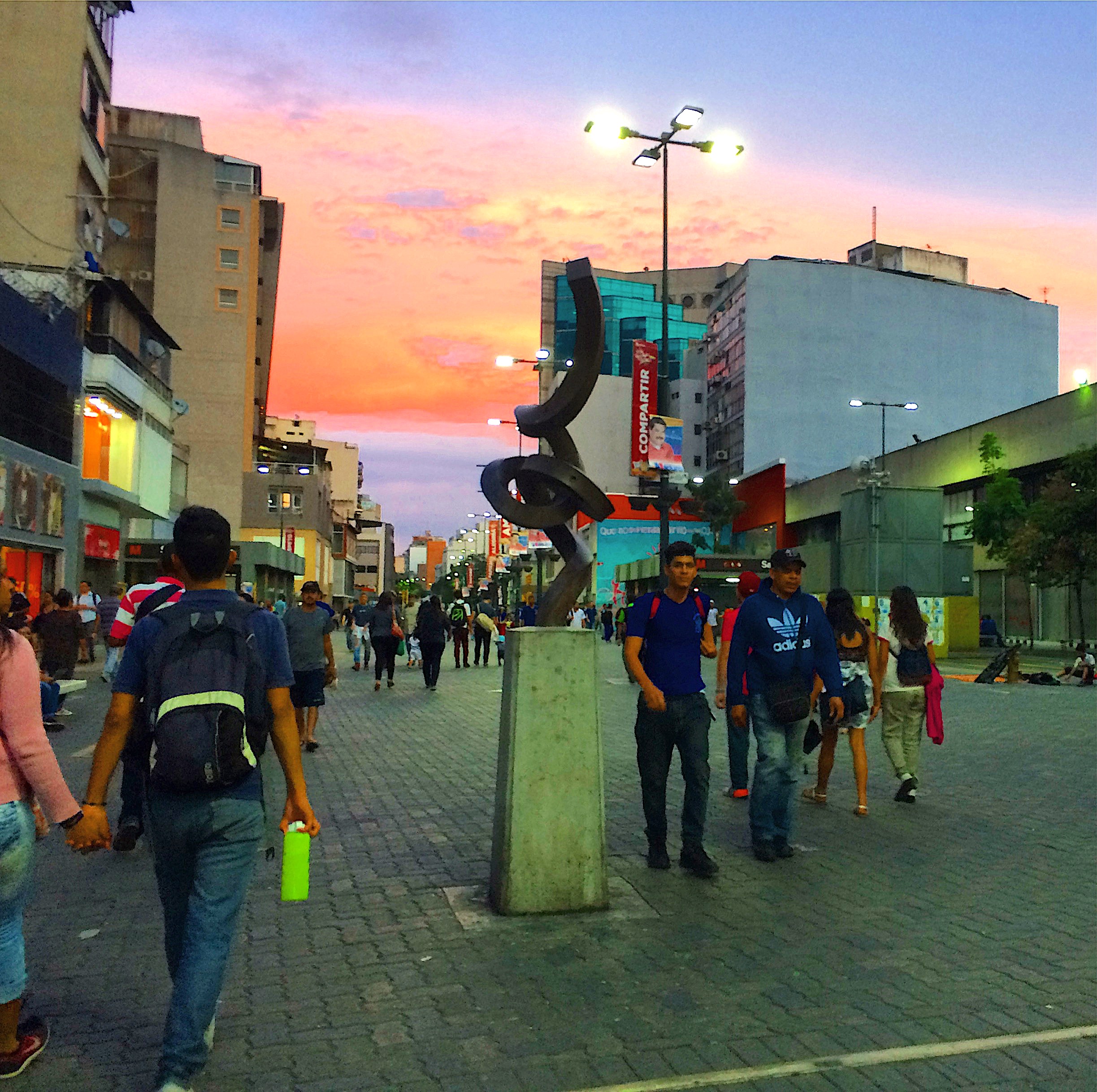 This groundswell in opposition to Venezuela’s ostracization is going to be hard for Washington to contain, especially in light of left and center-left electoral victories since 2018 in Mexico, Argentina, Bolivia and, more recently, Chile and Honduras. Progressive candidates are slated to win in upcoming presidential elections in Colombia and Brazil.

It’s Not Just the Oil

The mainstream media attributed the Biden administration’s abrupt abandonment of its Venezuelan initiative to the backlash from Rubio and company. They were half right.

After all, the State Department had to have anticipated the political consequences when they sent the delegation to Venezuela apparently to negotiate the resumption of oil flows to compensate for shortages resulting from the U.S. sanctions against Russia oil imports.

The Biden administration may have balked, not because of the predictable outcry from Rubio and company, but because Washington didn’t get what it wanted. After all, the delegation’s objective was not just about oil. That’s what the BBC concluded: “So, could the US visit be more than just oil? An attempt to change Venezuela’s political allegiances, perhaps?” 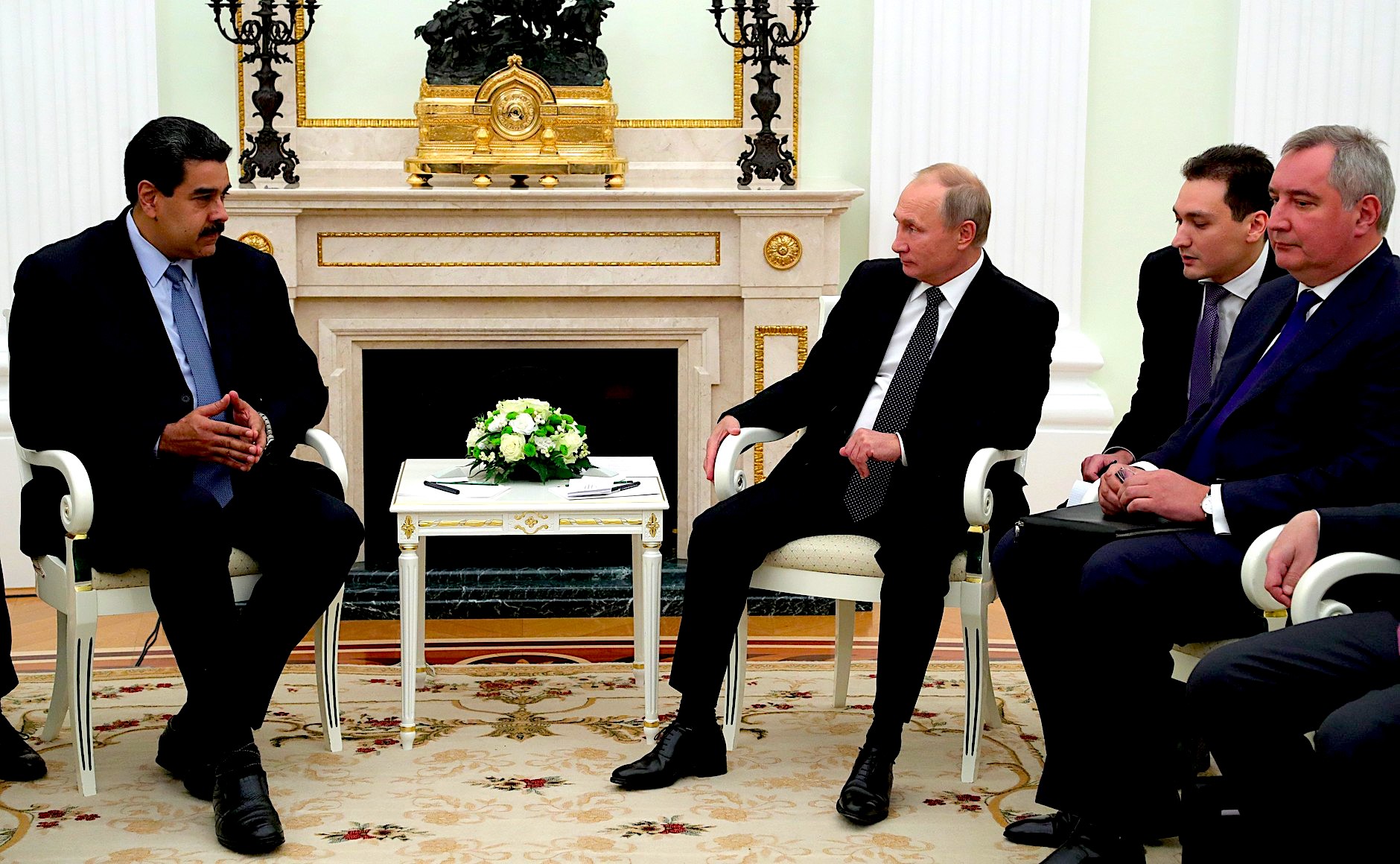 In the words of the Financial Times on March 9, it was to “coax Maduro away from Moscow’s embrace” and assume a more neutral stand on the Ukraine invasion.

Congressman Gregory Meeks, chair of the House Foreign Affairs Committee, said the same when he stated “re-engagement with Venezuela… serves to shift Venezuela away from the malign influence of Vladimir Putin.”

The problem is that Maduro, who has leaned over backwards to assure Washington that he has become investment-friendly toward big oil, refused to turn his back on President Putin. Thus, Venezuela recognized the independence of eastern Ukraine’s two separatist republics just hours after Putin did.

Immediately after the U.S. mission left Caracas in March, Maduro gave Washington a glimmer of hope when he called for dialogue between Moscow and Ukraine, but then reiterated his unconditional support for Moscow.

There is an ideological component to Maduro’s position on Ukraine. The U.S., according to him, wants to “destroy it [Russia] in pieces and end the hope of a multi-polar world where we can all live.”

As Prof. John Mearsheimer, a leading strategist belonging to the school of realism of international relations, has pointed out, maintaining a secure hemisphere is of greater concern than conflicts elsewhere in the world since it provides the U.S. with an advantage over adversaries located in regions characterized by strife.

The same thesis predicts that other great powers (read China and Russia) will attempt to challenge “regional hegemony,” in the U.S.’s “neighborhood.” Caracas’ strategic alliance with Moscow, which includes Russia’s deployment of warships in Venezuelan ports, takes on a special significance within the framework of Mearsheimer’s line of thinking.

Biden’s bargaining-chip strategy toward Venezuela of lifting some of Washington’s estimated 502 coercive measures in return for concessions is designed to achieve two sets of objectives: providing the United States with much-needed oil and influencing Maduro’s foreign policy.

Juan Gonzalez, the hard-liner who headed the delegation to Venezuela in March, clearly indicated that the use of sanctions goes far beyond their stated purpose:

“The sanctions on Russia are so robust that they will have an impact on those governments that have economic affiliations with Russia, that is by design.”

Bloomberg News spelled out the “soft-power” strategy employed by the Biden administration in an editorial headlined “Approaching Venezuela is Worth the Risk.” The horse-trading proposal would consist of the following:

“In exchange for Venezuela suspending its military cooperation with Russia, the Biden Administration should lift some sanctions against Caracas to allow the country to import equipment to upgrade production facilities and resume oil sales to the United States.”

Bloomberg went on to call for tough bargaining: “Any further steps toward normalization should be conditioned on Venezuela’s willingness to accelerate market-oriented economic reforms” at the same time that Washington would continue to recognize Guaidó.

Bloomberg then summarized its approach:

“Unpalatable as it may be, engaging with the Venezuelan regime is critical to protecting core U.S. interests and containing Russian influence in the Western Hemisphere.”

Biden’s horse-trading strategy has much in common with Trump’s threats and actions in favor of regime change through military force. In both cases, the will of Venezuelans is ignored as is their suffering. What makes the current situation even more despicable is that the bargaining chips were formerly designed to get Venezuela to revise economic policy and now there is an added objective, namely a change in foreign policy.

Pro-Biden centrists who see his approach to Venezuela as more “humanitarian,” fail to consider how far removed the Venezuelan people are from Washington’s calculations and political maneuvers.

Steve Ellner is a retire professor from the Universidad de Oriente in Venezuela and is currently an associate managing editor of Latin American Perspectives. His latest books are his edited Latin American Extractivism: Dependency, Resource Nationalism and Resistance in Comparative Perspective (Rowman & Littlefield, 2021) and his co–edited Latin American Social Movements and Progressive Governments: Creative Tensions between Resistance and Convergence (Rowman & Littlefield, 2023).