Consortium News turns 26-years old today, still going strong in the tradition of Bob Parry, who founded it on this day in 1995. 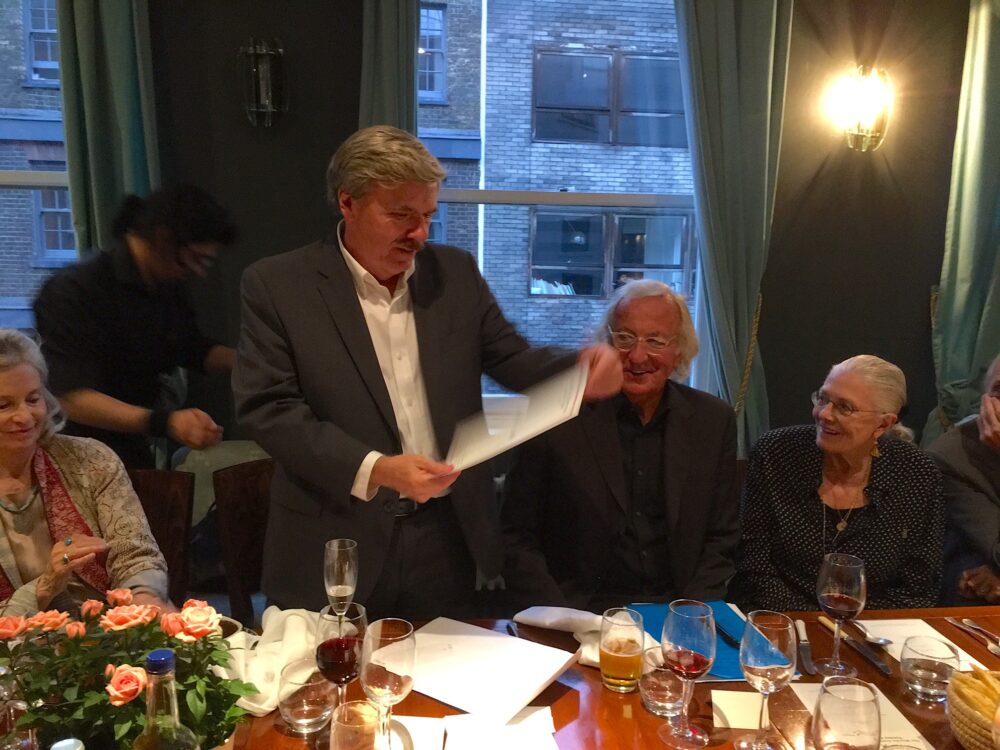 Robert Parry receiving the 2017 Martha Gellhorn Prize for Journalism in London on June 28, 2017. Also, from left to right, are Victoria Brittain, John Pilger and Vanessa Redgrave.

The Meaning of Consortium News at 26

On this day in 1995, Robert Parry, one of the country’s leading investigative reporters, started a website on something called the internet that was like no other that had existed before. Twenty-six years later it is still going strong.

For the Associated Press and Newsweek, Bob had uncovered explosive stories. He blew the cover on Iran-contra, one of the greatest scandals in U.S. history. He first reported on the C.I.A.’s relationship with the Nicaraguan Contras in their narcotic shipments into the United States. And he put the spotlight on the first October Surprise in the 1980 presidential election.

But revealing crimes and malfeasance by the U.S. government did not sit well with his mainstream editors. They tried spiking his stories, they set up absurd demands—like asking Oliver North to confess—and at one point told him to stop asking too many questions “for the good of the country.”

After working on an October Surprise documentary for PBS’ Front Line, Bob left establishment journalism behind so that he could simply do his job unhindered. He found a like-minded consortium of journalists whose stories had also been suppressed to begin Consortium News. 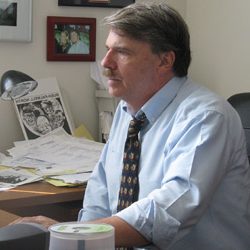 It started on paper as a newsletter mailed to subscribers’ homes. But on Nov. 15, 1995, twenty-six years ago today, Bob launched one of the world’s first independent news site. He beat Salon.com online by five days and established outlets like The New York Times, The Washington Post and The Wall Street Journal by several weeks.

More importantly, Bob Parry was at the forefront of alternative online news that questioned establishment narratives and Washington “conventional wisdom.” He covered stories the mainstream media wouldn’t, and took angles on stories that were ignored. With virtually no staff, besides the help of his sons and long-time assistant Chelsea Gilmour, Bob built a following, and enough readers to fund the operation.

Thousands came to depend on Bob’s take on the news. A TV presenter once told me that he would wait to see what Bob had written that day before deciding what his show would be about. While Consortium News has never come close to being mass media, its audience attracted influential people in Washington and elsewhere.

“The point of Consortium News, which I founded in 1995, was to use the new medium of the modern Internet to allow the old principles of journalism to have a new home, i.e., a place to pursue important facts and giving everyone a fair shake.” But, he added, “More and more I would encounter policymakers, activists and, yes, journalists who cared less about a careful evaluation of the facts and logic and more about achieving a pre-ordained geopolitical result – and this loss of objective standards reached deeply into the most prestigious halls of American media.

“This perversion of principles – twisting information to fit a desired conclusion,” he went on “– became the modus vivendi of American politics and journalism. And those of us who insisted on defending the journalistic principles of skepticism and evenhandedness were increasingly shunned by our colleagues, a hostility that first emerged on the Right and among neoconservatives but eventually sucked in the progressive world as well. Everything became ‘information warfare.'”

Bob continued to break stories about the Reagan era into the 1990s, including the existence of a secret “perception management” program run by the C.I.A. from within the White House. 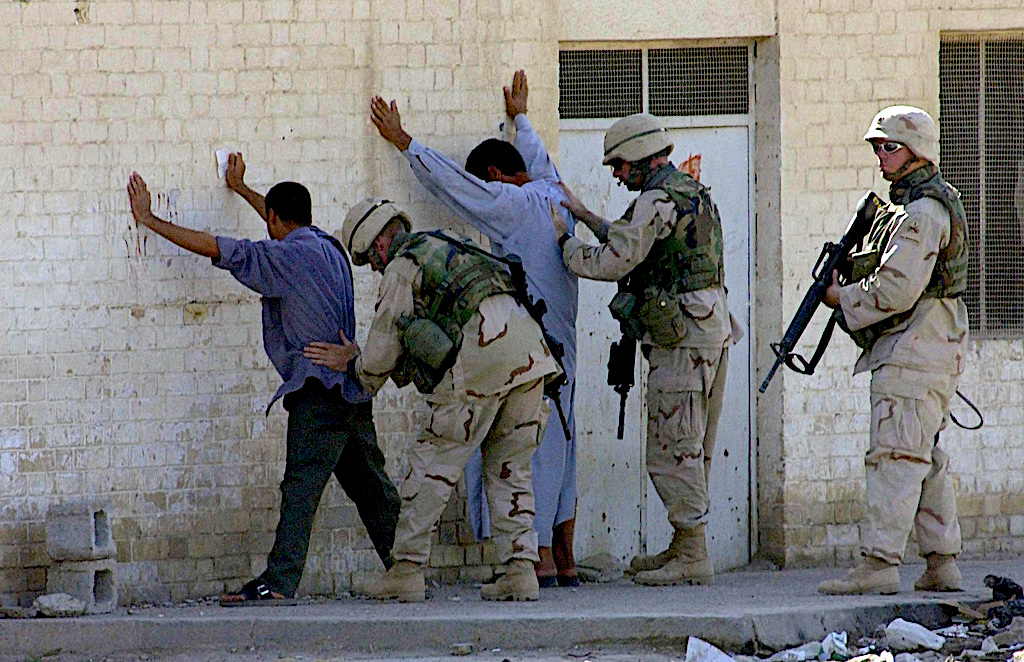 With the 2003 invasion of Iraq, Consortium News became the home of the Veteran Intelligence Professionals for Sanity, a consortium of former intel offices who exposed the faulty intelligence leading to the war. Like honest reporters just trying to their jobs, Bob said, there were also honest intelligence officers trying to do theirs.

Bob wrote that Republicans started the downward trend in politics and journalism by first “weaponizing” information to delegitimize their opponents. “Rather than accept the reality of Nixon’s guilt, many Republicans simply built up their capability to wage information warfare.” He wrote:

“The idea had developed that the way to defeat your political opponent was not just to make a better argument or rouse popular support but to dredge up some ‘crime’ that could be pinned on him or her.”

Soon the Democrats would be using the same tactics.

“The trend of using journalism as just another front in no-holds-barred political warfare continued – with Democrats and liberals adapting to the successful techniques pioneered mostly by Republicans.”

Thus Bob, in just trying to do his job as a reporter, became increasingly critical of the Democrats too.

He wrote groundbreaking stories on the Obama administration’s wars in Syria and Libya and especially on the U.S. engineered coup in Ukraine. He was especially fierce about Democrats who lost their skepticism and embraced the intelligence agencies. He wrote:

“Ironically, many ‘liberals’ who cut their teeth on skepticism about the Cold War and the bogus justifications for the Vietnam War now insist that we must all accept whatever the U.S. intelligence community feeds us, even if we’re told to accept the assertions on faith.”

Perhaps’ Consortium News‘ and Bob’s biggest story in 25 years was being in the forefront of skepticism on the now thoroughly debunked Russiagate story, which was taken on faith from unnamed intelligence sources.

Bob defended Julian Assange as early as 2010 against government designs to arrest and imprison him, which did not please many Democrats, especially after the 2016 election.

For taking an independent stand based on where the facts led him, Bob upset both Republican and Democratic partisans.

That’s because he left a legacy of strict, non-partisan journalism, really the only kind of journalism that there is, which this site has endeavored to continue. It led to personal attacks on Bob from Republicans and Democrats, oblivious to the fact he was critiquing their political enemies too. The attacks on this site for the same reasons have continued.

Joe Lauria is editor-in-chief of Consortium News and a former UN correspondent for The Wall Street Journal, Boston Globe, and numerous other newspapers. He was an investigative reporter for the Sunday Times of London and began his professional work as a 19-year old stringer for The New York Times.  He can be reached at joelauria@consortiumnews.com and followed on Twitter @unjoe .