Next month Craig Murray is planning to be in Madrid to give evidence in the criminal trial of David Morales, CEO of UC Global, for illegal spying. 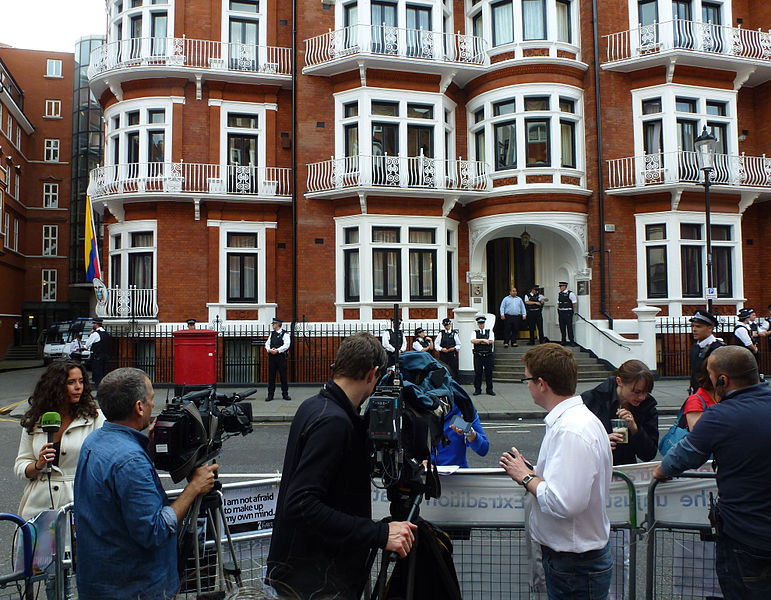 It is not in dispute that the CIA is in possession of Julian Assange’s legal and medical files seized from the Ecuadorean embassy in London, including correspondence and drafting by his lawyers on his defense against extradition to the U.S. on espionage charges.

The defense submitted evidence of this in court. After Julian was arrested in the Ecuadorean embassy and removed, all of his personal possessions were illegally seized by the Ecuadorean authorities, including his files and his IT equipment. These were then shipped back to Ecuador by diplomatic bag. There, they were handed over to the CIA.

These facts were agreed in court in Assange’s extradition hearing by the U.S. authorities. However, they claimed that the proceedings were not tainted by the fact that the prosecuting state had seized all the defendant’s legal papers, because “Chinese walls” within the U.S. government meant that the CIA would not pass any of the information on to the Justice Department.

Frankly, if anybody believes that, then I have a bridge to sell you. In any court in any Western jurisdiction against any other defendant but Assange, the seizure of the defense’s legal files by the state seeking extradition would in itself be sufficient for the case immediately to be thrown out as hopelessly tainted. That is without adding the fact that the CIA was also secretly video recording Assange — through the UC Global security firm — and was specifically recording his meetings with his lawyers.

As it happens, UC Global also recorded for the CIA several of my own meetings with Julian, and I shall next month be travelling to Madrid to give evidence in the criminal trial of David Morales, CEO of UC Global, for illegal spying (UC Global is a Spanish company). At least, I shall be if I am not in prison myself as a result of the suppression of my own reporting of the defense in the Alex Salmond case.

I ask one simple question. The CIA put substantial effort into recording Assange’s meetings with his legal team, and UC Global employees also gave evidence they were instructed physically to follow his lawyers, who in addition suffered burglaries and other intrusions. The CIA put effort into collecting specifically his legal papers from Quito. If there are effective “Chinese walls” preventing the stolen and eavesdropped material on his legal defense being given or explained to the American government prosecutors, then who is the market for these legal papers? Who is the CIA providing them to? What other purpose are the CIA supposed to be seizing his legal papers for?

There is no legitimate answer to these questions. I find breathtaking the U.K. court’s insouciance about the most gross and deliberate violation of attorney/client privilege of which the human imagination is able to conceive. Yet this is just one of the numerous breaches of procedure in the Assange case.

I am frequently asked about the current legal situation. The USA has submitted its appeal to the English and Welsh High Court against the decision not to extradite. The defense have submitted their response to the appeal. In doing so they have also submitted a counter-appeal against the many deeply concerning points on which Judge Vanessa Baraitser ruled extradition was possible, before ruling it out on the sole grounds of medical history and conditions of custody.

The situation now is complex. The first thing to be said is that the High Court has not yet ruled that the United States government’s grounds for appeal have sufficient legal merit to be considered, and thus accepted the case and set a hearing date. This is taking much longer than usual, and hope is growing that the High Court may rule that the United States’ grounds for appeal are too legally weak to meet the bar of a hearing. If that is the case, Julian could suddenly be released very quickly. 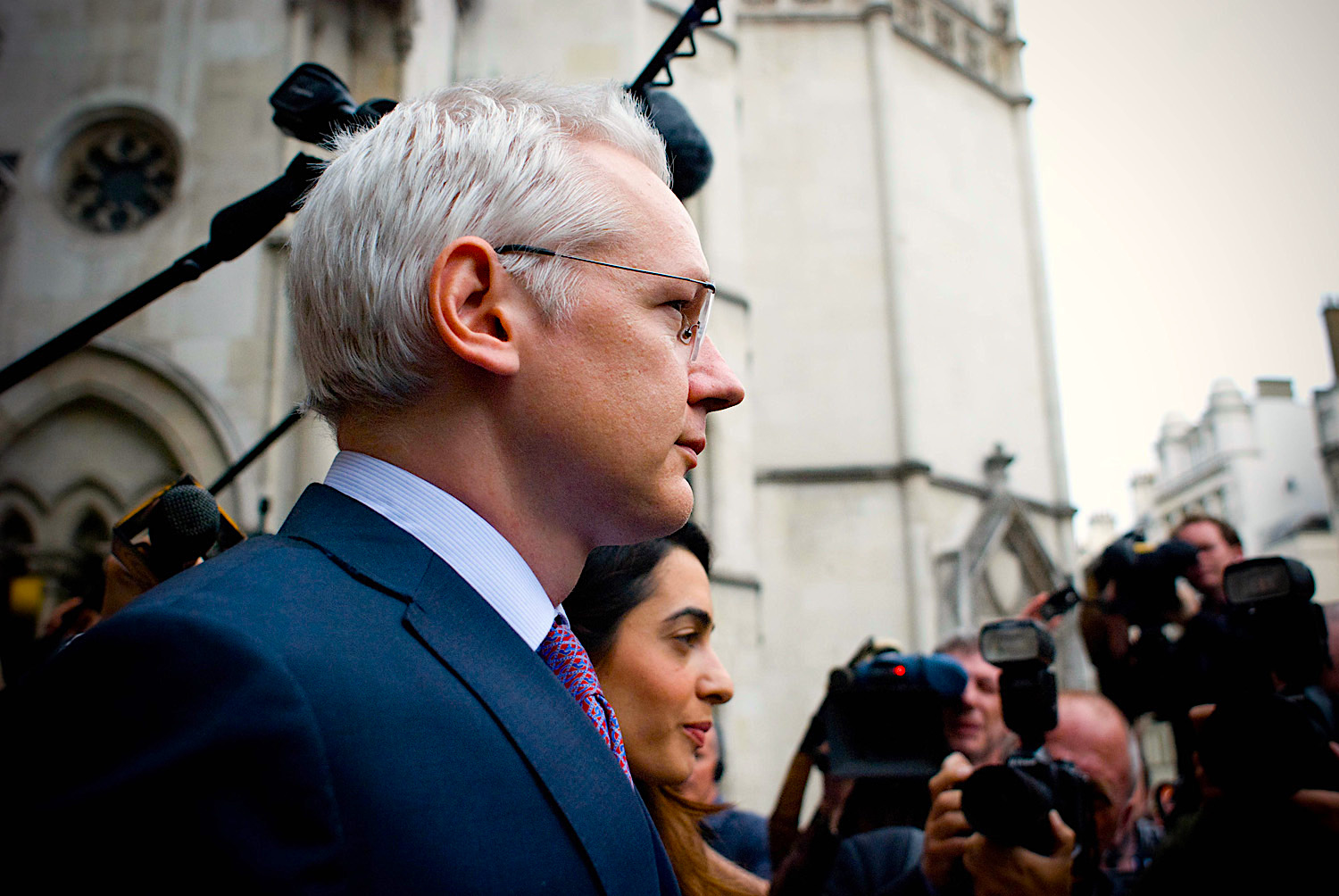 Julian Assange outside Royal Court of Justice in London, 2011. (acidpolly/Flickr)

If the appeal is accepted, a hearing date will be set and the legal grapevine thinks that could be as early as July — much quicker than usual. We then have the further complication that the counter-appeal by the defense is not an automatic process, indeed it is exceptional. The normal procedure would be that the High Court would hear the U.S. appeal on the medical and conditions of imprisonment points and the defense response, and rule on that. Should the U.S. appeal succeed, the High Court would send that judgement back down to Judge Baraitser, who would reconvene Westminster Magistrates Court and order the extradition. The defense could then appeal to the High Court against the extradition on all the other grounds, which are numerous but headed by breach of the provision on no political extradition of the Treaty under which the extradition is taking place.

The whole process would then start again, which would take us well into 2022 with Julian still in jail. The defense hope the High Court would instead take the counter-appeal at the same time and hear all the arguments together, but it is by no means a given the High Court will agree.

If the High Court considers the U.S. appeal weak there is a danger that the High Court would also think a hearing on all the other points — which would last weeks — would be an unnecessary waste of its time. Which leads us to the paradox that a quick victory for Julian on health grounds that sees him released, would leave in place as a precedent the awful aspects of Baraitser’s ruling on extradition for political offence being lawful, and on the dismissal of Article X freedom of speech arguments, and the acceptance of U.S. universal jurisdiction over publishing of U.S. classified information worldwide.

A further paradox which may trouble us in future is that if released, and if U.S. President Joe Biden is determined to continue the persecution of whistleblowers and of WikiLeaks, Julian Assange could find himself trapped in England. Anywhere else he goes, including his native Australia, he could be the subject of a further U.S. extradition request leading to imprisonment. This is the dilemma of my friend Lauri Love, whose lawyers advised him against even accepting my invitation to visit Scotland, in case a new U.S. extradition request is issued in any other jurisdiction he visits. Lauri is only safe from extradition in England and Wales.

There is a further danger that the British Home Office might immediately on release seek to deport Julian to Australia on the grounds his U.K. visa has expired, and that the Australian government may imprison him there in pursuit of a further U.S. extradition request. So in aiming for a situation where Julian can work, run WikiLeaks and contribute his remarkable talent and intelligence to further expansion of freedom of speech and the internet and empowering of ordinary citizens, we still all have work to do.