The United Mine Workers of America’s support for carbon capture, however, leaves cause for disagreement. 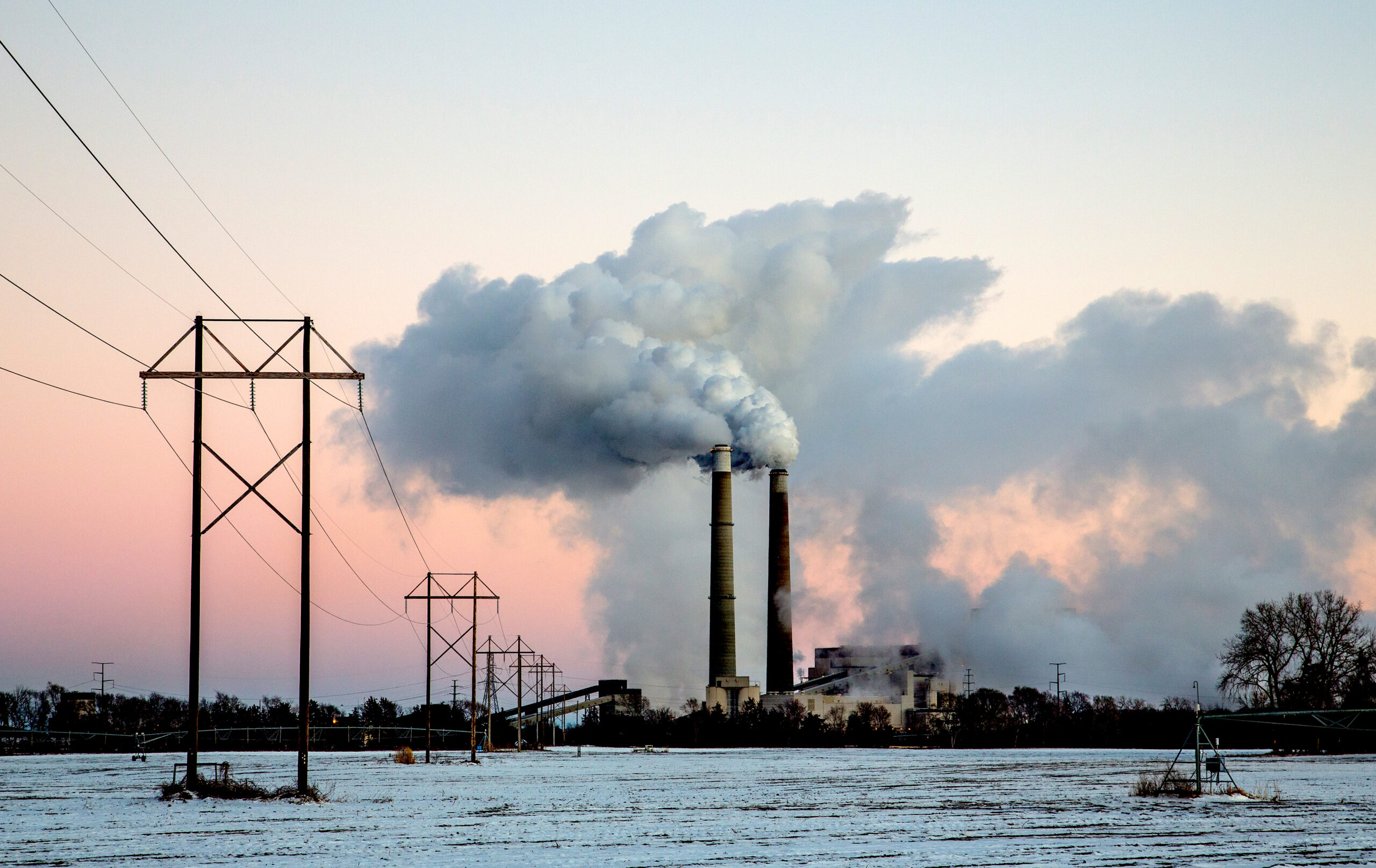 The largest union of coal miners in the U.S. announced Monday that it would accept a transition from fossil fuels to renewable energy as long as the federal government takes care of coal workers through the provision of green jobs and income support for those who become unemployed. 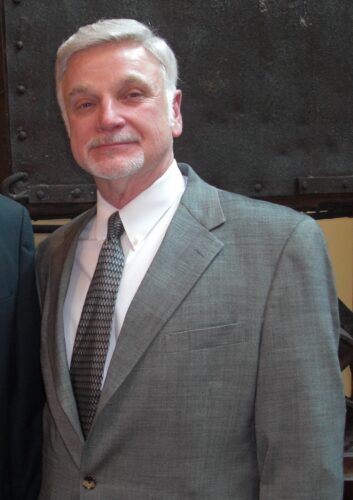 Cecil Roberts, president of the United Mine Workers of America, in 2009. (Bernard Pollack, CC BY 2.0, Wikimedia Commons)

“There needs to be a tremendous investment here,” said Cecil E. Roberts, president of the United Mine Workers of America (UMWA) International. “We always end up dealing with climate change, closing down coal mines. We never get to the second piece of it.”

Ahead of a press conference outlining the UMWA’s approach to addressing the climate emergency in a way that improves rather than diminishes the well-being of workers in the dirty energy sector, Roberts said in a statement that “energy transition and labor policies must be based on more than just promises down the road. We want to discuss how miners, their families, and their communities can come out of this transition period and be certain that they will be in as good or better shape than they are today.”

“Much of the coal-producing areas of Appalachia and elsewhere are already in bad economic shape,” said Roberts. “Washington has taken little action to address it over the past decade. That must change.”

“As we confront a next wave of energy transition,” he added, “we must take steps now to ensure that things do not get worse for coal miners, their families, and communities, but in fact get better.”

Wow. The United Mine Workers of America are coming out in favor of a just transition program.https://t.co/dsMJx9ozpT

The UMWA plan “calls for the creation of new jobs in Appalachia through tax credits that would subsidize the making of solar panel and wind turbine components, and by funding the reclamation of abandoned mines that pose a risk to public health,” the New York Times reported. “The union wants the federal government to support miners who lose their jobs through retraining and by replacing their wages, health insurance, and pensions.”

Political commentator Anand Giridharadas described the UMWA’s demand for a just transition as “excellent, and a testament to the work of activists and leaders who were called radicals and dismissed — and who will be vindicated by history before long.”

That sentiment was echoed by Evan Weber, co-founder and political director of the Sunrise Movement, who attributed the coal miners’ newly expressed openness to renewable energy as the product of collaborative organizing by labor and environmental justice advocates.

Hard to overstate how big of a deal this is.

Props to @MineWorkers for leaning in, and to the labor & enviro organizers who made this shift possible.

Announcement made with @Sen_JoeManchin at their side, as he also backs PRO ACT. Big day for WV workers!https://t.co/AQENPh8hs9

In a statement, Sunrise applauded the UMWA. “We renew our commitment to fight alongside them to ensure the government leads in ensuring coal communities are whole and not left behind,” said Weber. “We fully support their calls for job training, investments, and prioritization of coal communities to receive economic development, and guaranteeing wages and benefits for workers impacted by the urgent and necessary transition towards a carbon-free economy.”

Roberts was joined at the press conference by Sen. Joe Manchin (D-W. Va.). Manchin, the Senate Energy and Natural Resources Committee chairman who hails from the heart of coal country, used the occasion to endorse the Protecting the Right to Organize (PRO) Act, reducing the number of Democrats who have not yet endorsed the pro-labor legislation to three.

In light of Manchin’s support for the PRO Act as well as a just transition for coal workers, Weber said that “it is our hope that today marks a turning point for Senator Manchin. If he is truly committed to protecting this community and West Virginians, he will support the ‘tremendous investment’ the Mineworkers call for, starting with $10 trillion over the next decade, or $1 trillion per year, in order to ensure we can truly transition in a way that leaves no one behind.”

“He’ll also stop pretending that this is an agenda that the Republican Party, which has long abandoned its desire to productively deliver for the American people, will come along with, and urge passage of this important agenda for Mineworkers and West Virginians through a simple majority by abolishing the filibuster,” Weber added.

As journalist Sarah Lazare tweeted: “One of the many cool things about seeing so many climate justice campaigners and ecosocialists organize to pass the PRO Act is that it helps build trust and solidarity between climate and labor movements — key to any kind of transformative climate action, just transition, etc.”

“Building this kind of trust” is especially challenging yet important, Lazare noted, because “workers have never actually seen a just transition”—a point that Roberts stressed in his remarks.

And in this interview from 2019, @FlyingWithSara did not mince her words when she said building trust between climate and labor movements should be a top priority, that a just transition needs to start now, before workers are left in the lurch–not after. https://t.co/usSUro4ONb pic.twitter.com/GBoU0bW6YQ

The Times reported that “the mine workers are also calling for spending on research on carbon capture and storage technology, which would allow coal-fired plants to store carbon dioxide underground rather than release it into the atmosphere, and for policies that allow coal plants to remain open if they commit to installing the technology”—one demand that is likely to frustrate progressives.

Many of the UMWA’s proposals appear in the American Jobs Plan, President Joe Biden’s $2.3 trillion infrastructure plan. As the Times noted, that includes “funding for research into carbon capture, which critics deride as prohibitively expensive, and money for reclaiming mines.”

It’s not the exorbitant cost of carbon-capture utilization and storage (CCUS) that bothers most environmentalists. In addition to potential leaks and contamination, progressives warn that large-scale sequestration efforts are “false solutions” that could forestall the robust climate action necessary to avert disaster.

If CCUS is treated as an alternative to ambitious climate change mitigation and adaptation policies, critics say, then the technology could divert attention from the pressing need to abandon fossil fuels and reduce greenhouse gas emissions as thoroughly and rapidly as possible.

In other words, using the imagined potential of carbon storage to legitimate further dirty energy extraction could exacerbate climate catastrophe. Progressives like Christian Parenti, associate professor of Economics at John Jay College, City University of New York, have stressed that if such carbon-capture technologies are implemented, they should only be used to strip excess carbon from the atmosphere while the rest is kept underground—not used to justify prolonging the status quo.

In his remarks, Roberts emphasized that protecting the livelihoods of workers is a prerequisite to support for climate legislation, a point that was reiterated by others.

“If you believe curbing the climate crisis requires fundamentally challenging capitalism, workers must be part of that,” Lazare tweeted. “Not just a few, but in the hundreds of millions. Building genuine solidarity between climate and labor movements is a tremendous — and existential — challenge.”