As`ad AbuKhalil analyzes the crisis besetting a king whose country has lost strategic significance under his reign. 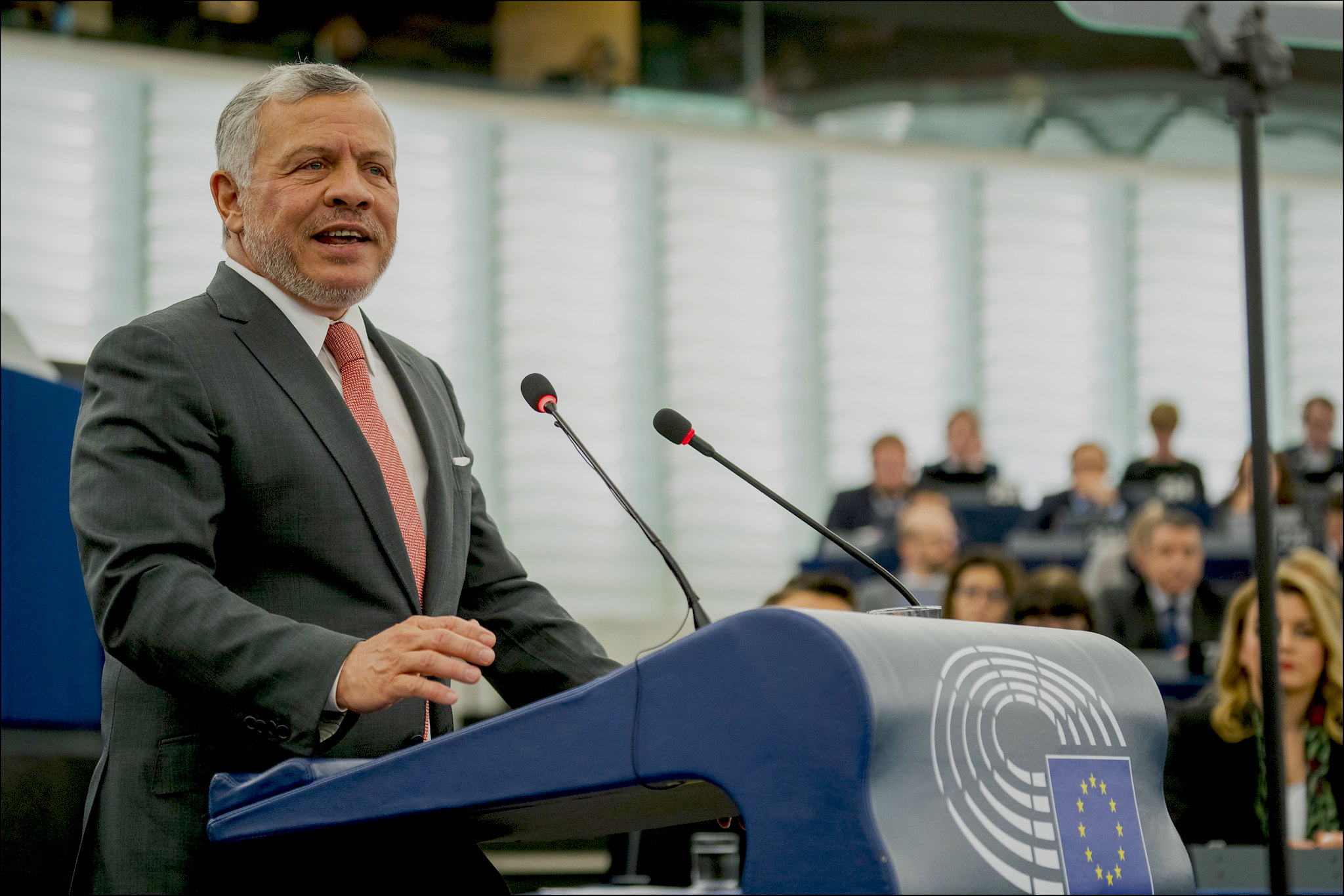 The significance of the political developments in Jordan over the last two weeks can’t be over-estimated, despite it being downplayed by Western media.

The legitimacy of the king’s rule has not been questioned since Black September, 1970, when the Jordanian regime used force to end the PLO’s military presence there. The number of Palestinian casualties remains unknown, but it is in the thousands.

The Jordanian monarchy under King Hussein enjoyed long bouts of political stability after the Jordanian opposition was defanged in 1957, when the king forced the resignation of the popular Sulayman Nabulsi, who was in effect the only popularly elected prime minister in the country’s history.

The king allowed political parties to exist, provided they didn’t question the legitimacy of the regime and allowed members of the powerful intelligence service to join the ranks.

When Abdullah II assumed the throne in 1999 upon his father’s death, he was as surprised as everyone else in Jordan and ill-prepared for the job.  His father never groomed him for the position, as Prince Hasan, uncle of the present king, was crown prince. 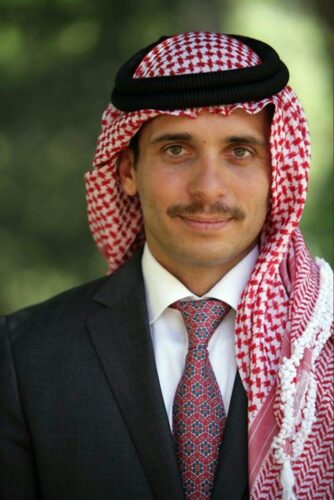 When Hussein was receiving medical treatment in the U.S., then Crown Prince Hasan was already measuring the drapes of the royal palace.  Nobody expected the king to alter the line of succession in favor of Abdullah, who never exhibited signs of political interest and was known for his love of cars and video games.  The circumstances of the succession in the Hashemite kingdom remains murky. More is known about the succession of Harun Rashid in 809 AD than Hussein’s succession in 1999.

What we know is that Hussein, weeks before his death, ousted Hasan as heir to the throne and instead designated Abdullah as his successor.

Abdullah never grew in the job. He always seemed overwhelmed by the demands and expectations that came with the crown. His Arabic was halting and British-accented — which made him sound like the British officers who were instrumental in the government of Jordan upon its founding.

His rule has been quite different from that of his father in that he could never overcome his public aloofness and inability to relate to average Jordanians. King Hussein’s designation in 1999 of Hamzah as crown prince — his fourth son and half-brother of Abdullah II, instead of allowing Abdullah to choose his own successor  — created a persistent mystery. 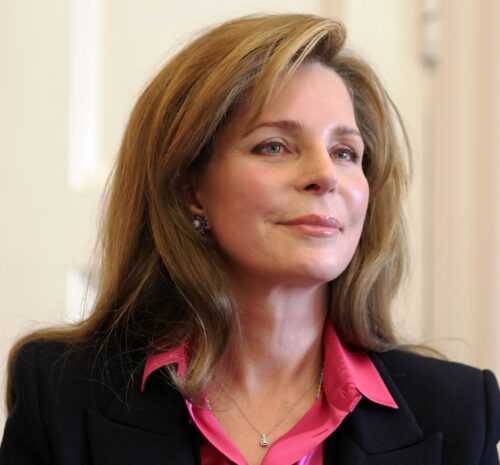 In 2004, King Abdullah then stripped Hamzah of his crown prince title, thereby making his own eldest son (Hussein) the heir apparent.  Abdullah  waited until 2009 to officially name his son as crown prince.

Hamzah, meanwhile, was educating himself in the art of Jordanian government. He worked on advancing his Arabic, mimicking the speaking style of his father, and building connections with East Jordanian tribes, which form the backbone of the regime.  And while never voicing public criticisms of the regime, Hamzah broke the norms in 2018 when he tweeted against corruption.

The rule of Abdullah II has been marred with corruption. There were accusations that his wife’s family also profited from access to power. In the Jordanian monarchic tradition —unlike Gulf royals — no member of the royal family is expected to engage in business.  The king and his family were said to have enriched themselves while Jordanians saw their living standards decline.

The kingdom has lost much of its strategic significance since the rise of Abdullah II: he never mastered public policy and frequently changed prime ministers.  He was not sure if he should pose as the actual ruler of Jordan or as the figurehead.  In times of quiet, he wanted to take credit as the ruler and in time of turmoil, he wanted to be seen as an outsider.

Regardless of his PR campaigns — and he was famous, unlike his father, for hiring Western PR firms to improve his image and that of his wife — Abdullah II is viewed as out of touch. He switches advisers and ministers in an attempt to find the right approach to public policy.  Jordanians — with some merit — believe that the U.S. embassy is the actual ruler in Jordan.

Jordan has lost a lot of its political significance in recent years. King Hussein was central in all Arab-Israeli negotiations because he was viewed as the Arab leader who understood and worked closely with Israelis (behind the scenes and also in the open after the 1994 peace treaty).

Hussein represented the Arabs in talks with the Israelis and the Americans; even Egypt’s Gamal Abdel Nasser, after 1967, authorized him to take the pulse of the Israeli government regarding withdrawal from Arab lands.

All this political clout disappeared after Hussein’s death.  His son does not seem to have any close relations with any Arab leaders, and he does not represent a specific point of view in Arab politics. The decline of Jordan is largely due to the rise of Gulf regimes and their close relations, nay alliance, with Israel and the U.S. 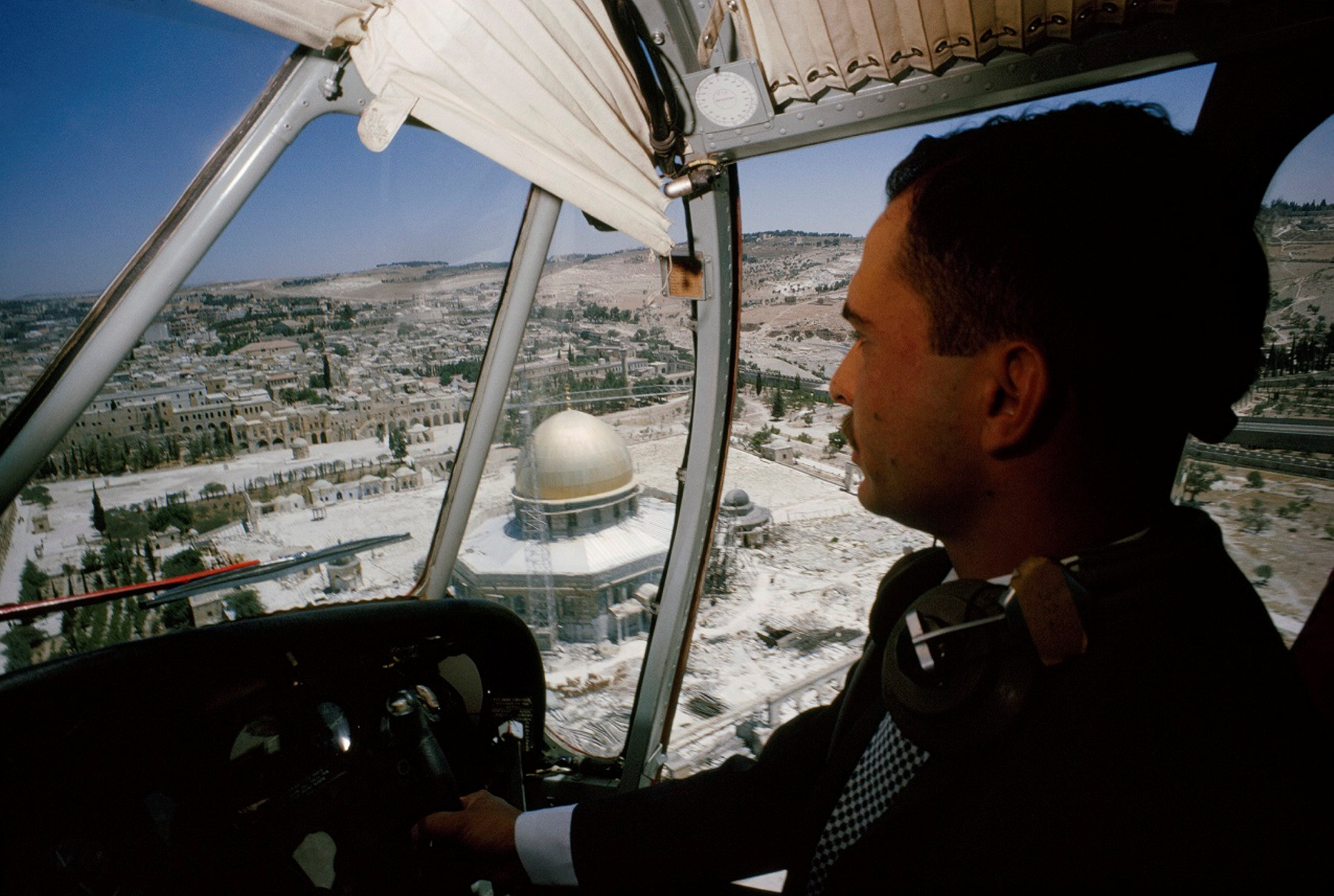 The late King Hussein flying over the Dome of the Rock in East Jerusalem when the West Bank was under Jordanian control, 1964. (Wikimedia Commons)

Jordan was favored by successive U.S. administrations because Hussein was willing to defy official — and token — Arab consensus against direct talks with Israel.  He also allowed U.S. military and intelligence to have freedom of movement in his country while Gulf regimes — before the Iraqi invasion of Kuwait in 1990 — preferred U.S. ships to keep their distance, off on the horizon. (Gulf regimes feared being criticized in Arab politics if they overtly aligned themselves with the U.S.)

The 2003 Iraqi invasion, and the subsequent U.S. war on Iraq, changed the calculus. The historic division between “progressive states” and “reactionary states” that characterized Arab politics for much of the 1960s and 1970s no longer existed. The death of Nasser and the demise of Saddam Hussein’s regime ended all those distinctions.

The Syrian regime fought with the U.S. in the war on Iraq and Libya’s Mu?ammar al-Qadhdh?f? surrendered his entire arsenal and program of WMDs to the U.S.  Gulf regimes obtained freedom of action and maneuver and feel they have nothing to fear in Arab politics anymore, especially after the demise of the PLO following the Oslo Accords and the Gulf regimes’ assumption of control over the Arab League. 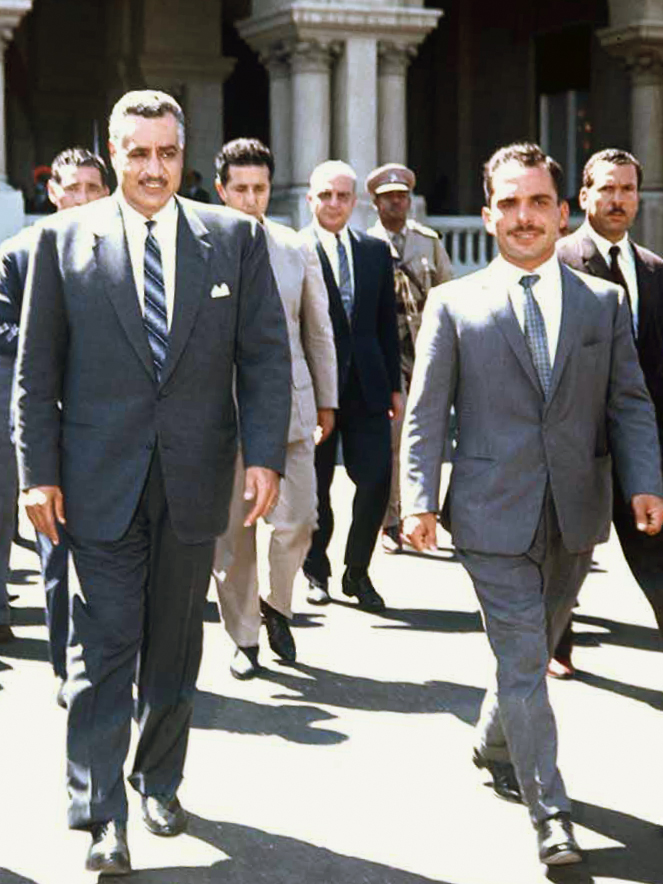 Abdullah II has no political insights or charismatic leadership to compensate for his country’s declining fortunes.  And while the U.S. continued to provide military and financial aid to Jordan, Gulf regimes lost interest in Amman. Whereas they had listened to King Hussein during his reign, no Gulf leader seeks the counsel of King Abdullah II.

It is no coincidence that all those arrested and accused on April 3 of an alleged “plot” against Abdullah, (Hamzah, Basim Awadallah, a former director of the Jordanian royal court and Hasan bin Zayd, a former top aide to Abdullah) all have close ties to the Saudi regime.

Days after “uncovering of the plot” — in the language of the regime — the Saudi foreign minister paid a rare visit to Jordan. The speculation in some media was that he wanted to arrange for the release and departure of the Saudi regime’s men (Awadallah has been a close advisor of MbS).  That speculation seems closer to the truth, despite Saudi government denials to CNN that the purpose of the visit was to support Jordan.

The Jordanian regime seemed flustered in how it handled the crisis: the king appeared weak when Prince Hamzah leaked a video message from his palace saying he was under house arrest. The king’s statement was read on TV, but not by the king himself.  Perhaps Abdullah worried that his Arabic would appear inferior to that of Prince Hamzah, who affects the tone and accent of their father, King Hussein.

The intelligence and army apparatus seemed unable to tame the rebellious Hamzah. But it is highly unlikely that the prince would dare challenge the very legitimacy of his half-brother, and even of the kingdom itself, without relying on some sort of external support (chiefly Saudi and Emirati).

Hamzah appeared on TV with the king on Sunday and NBC reported that he pledged allegiance to Abduallah on Monday. But this crisis won’t go away soon.  The Israeli-Saudi-UAE alliance dislike the current king and would love to install a more convenient puppet — not that King Abdullah II stands up to Saudi Arabia or UAE.

Israel wishes to have a king who would emulate the fast pace of normalization pursued by MbZ — who is undermining Palestinian Authority and Jordanian plans in Palestine through the sinister Muhammad Dahlan, the former Fath leader in Gaza.

MbS, for his part, may want to wrestle the religio-political guardianship of the Aqsa Mosque from Abdullah. That would add to his legitimacy as he struggles to ascend to the throne.

Furthermore, MbZ, like Israel, has been very unhappy with Jordanian opposition to the “deal of the century” and to the so-called “Abraham accords.” Jordan’s opposition to normalization with Israel has made the UAE regime, which has embraced it, seem out of step with Arab consensus — even at the official level.

The Biden administration exhibited its full support for the king — and to every pro-U.S. despot in the region.  Now is not the time for another MbS adventure, as far as the current administration is concerned.  MbS and MbZ may be preparing for another round of trouble-making in Jordan, and Abdullah has to promise his people more than token sets of reforms.

← Craig Murray: My Day With Prince Philip
Life Inside the Weird World of Bernie Madoff, Who Died on Wednesday →