A majority of voters in the state oppose keeping an independent power grid, reports Bilal Baydoun. 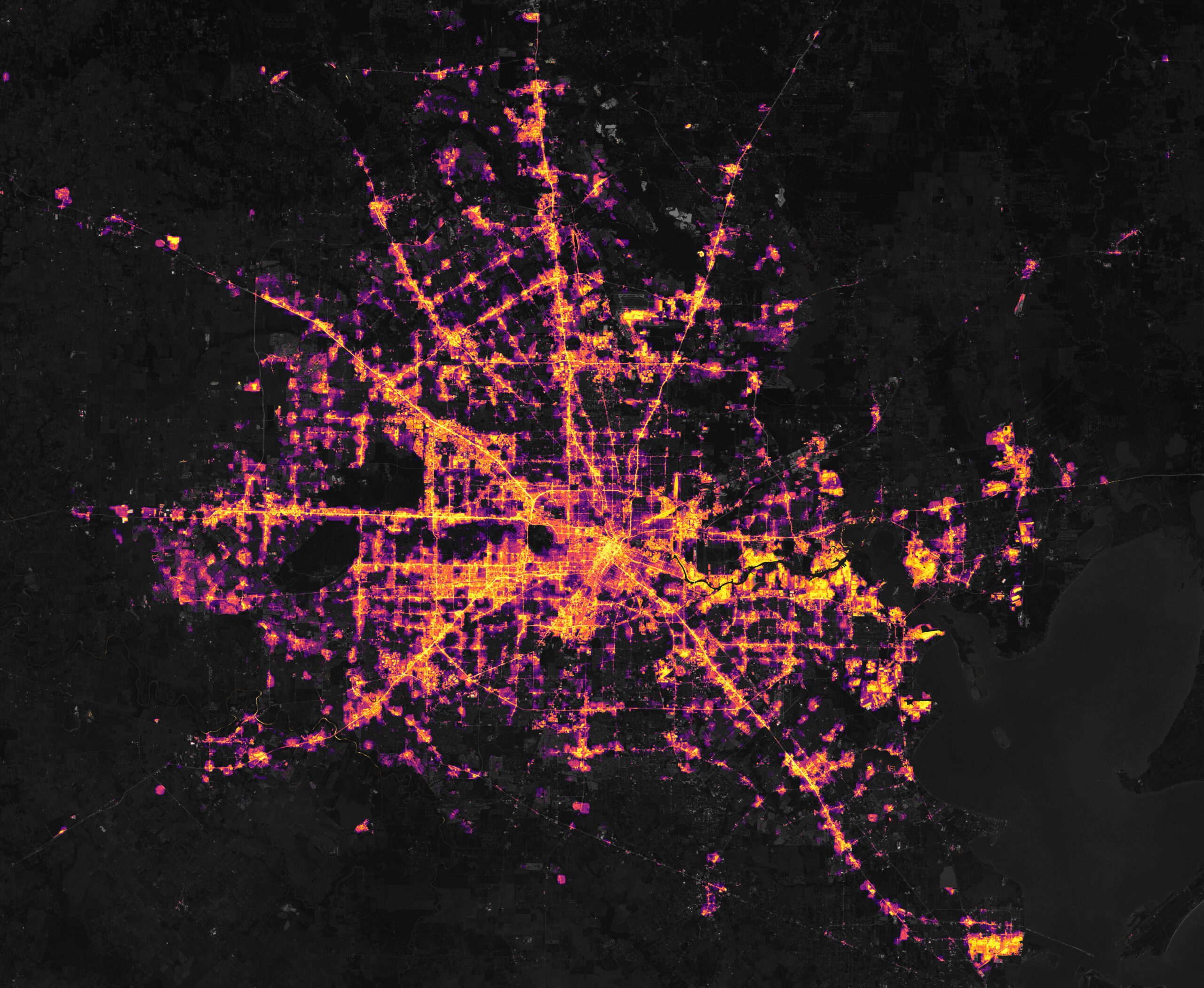 Satellite images of Houston, Texas, on Feb. 7 before the storm. (NASA, Wikimedia Commons)

By Bilal Baydoun
The Appeal

Texas is still reeling from a devastating winter storm that left millions without power amid freezing temperatures, killing dozens and causing an estimated $200 billion in damage and economic losses.

As Texas lawmakers consider relief measures and debate a path forward, a new poll from The Lab, a policy vertical of The Appeal, shows that Texas voters are overwhelmingly united in support of direct cash assistance to those most affected by the storm. And a strong majority, cutting across party lines, want the state’s energy companies to foot the bill for storm damage. Looking ahead, a majority of Texas voters oppose keeping the state’s independent power grid, which was pushed to the brink of collapse by the frigid temperatures. The results show that:

Direct cash payments provide efficiency and flexibility that is vital in the aftermath of disaster, empowering people to pay for food, rent, transportation, child care, or whatever else they may need to recover. In Harris County, both the county and the city of Houston deployed cash assistance as part of their Covid-relief programs. And Texas State Rep. Ana Hernandez, a Democrat, has introduced legislation that would create a state grant program to fund local, direct payments of between $1,000 and $2,500 to eligible residents affected by the storm. 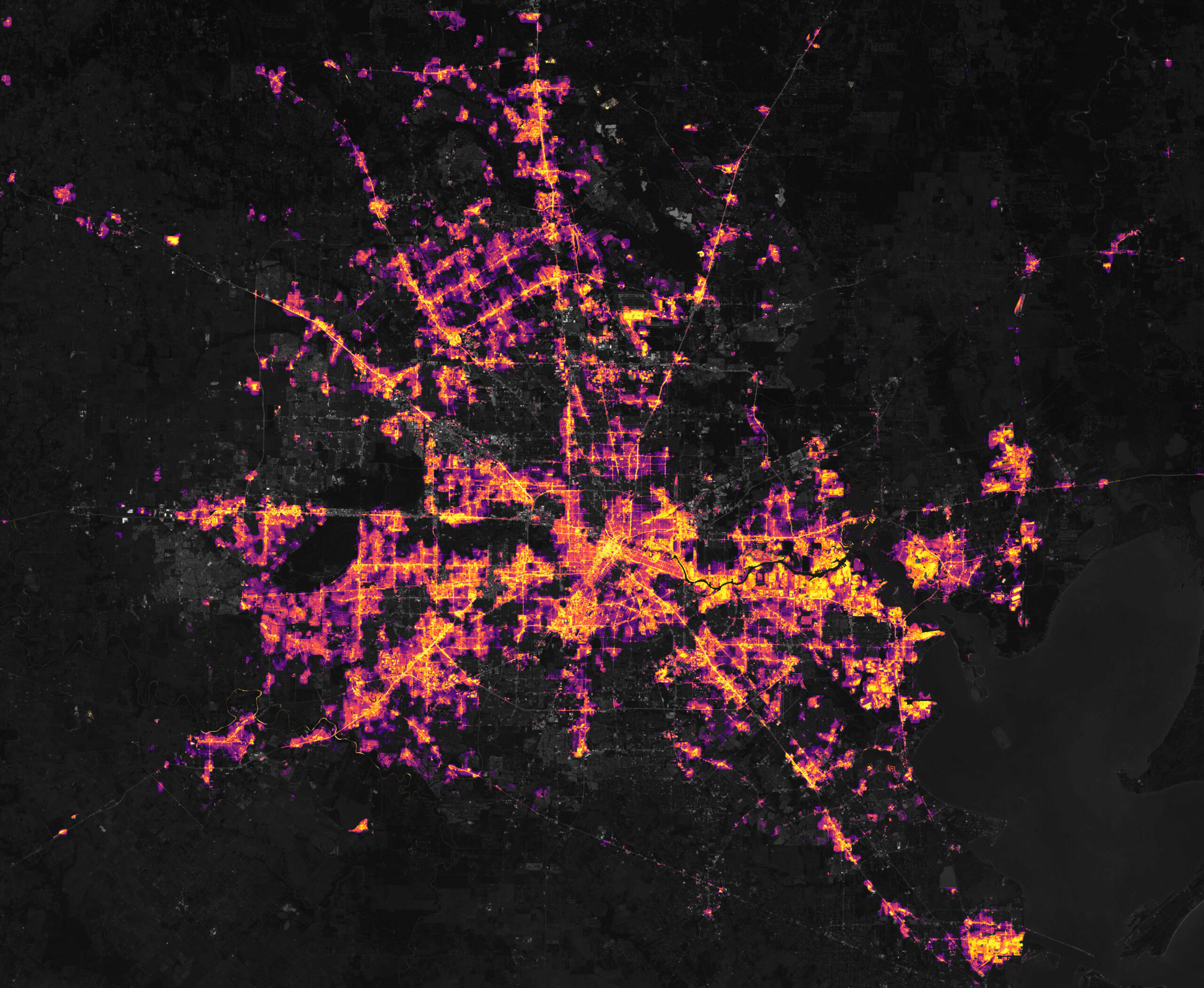 Many Texans are facing extensive costs as a result of the recent winter storms. These include high energy bills, home damage, and other costs. Below is a set of proposals that may help Texans deal with some of these costs. Please indicate whether or not you support or oppose each proposal. 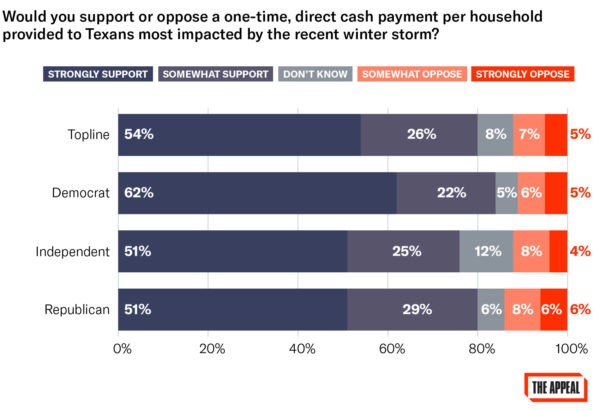 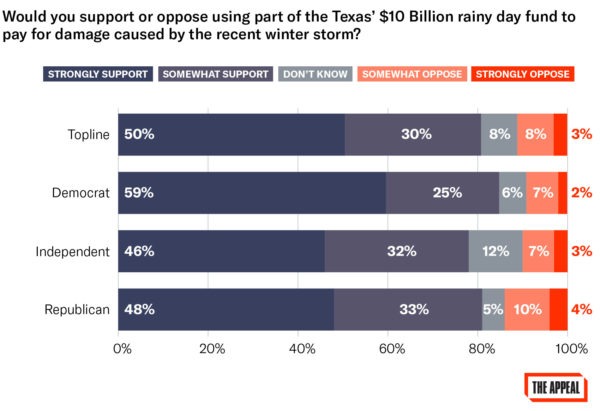 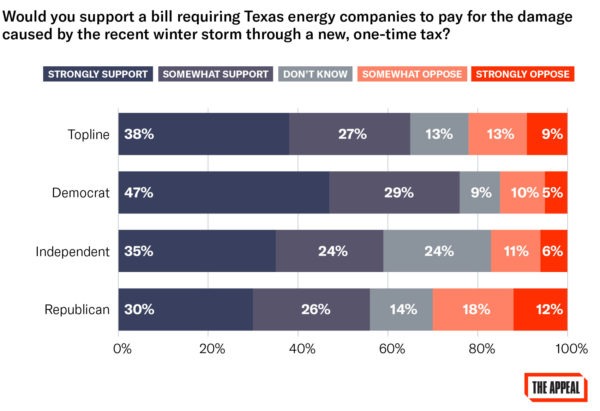 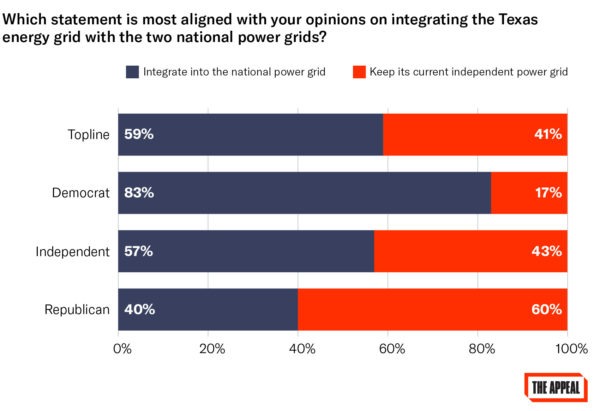 From Feb. 27 to Mar. 6, 2021, The Appeal conducted a survey of 2,300 Texas adults web panel respondents in English and Spanish.The sample was weighted to be representative of likely voters by age, gender, education, race, and voting history. The survey was conducted in English. The margin of error is ± 2.04 percentage points.

Bilal Baydoun is a policy advisor and writer based in Michigan. Previously, he served as a lead policy and communications advisor in the Michigan Department of Attorney General, supporting the executive offices of the solicitor general and attorney general.