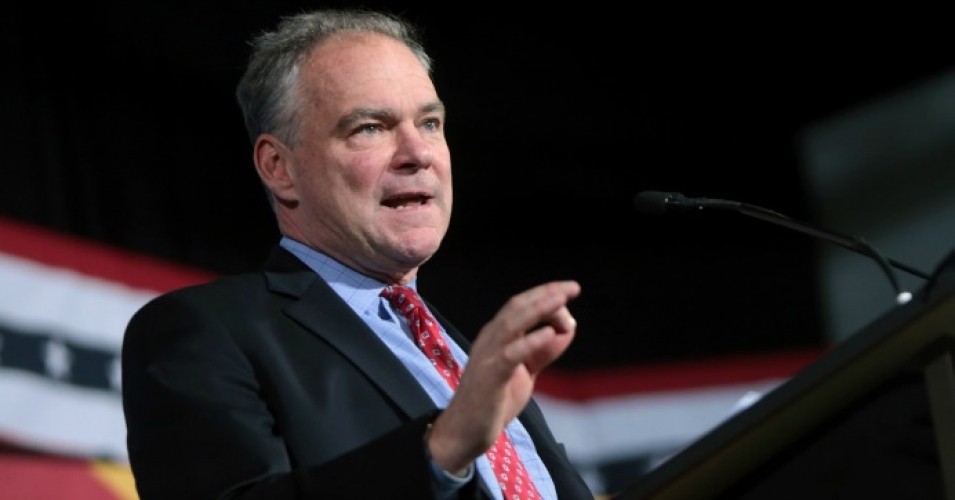 As frustration is building among federal lawmakers over President Joe Biden’s recent retaliatory airstrikes on facilities in Syria that the administration said belonged to Iran-backed militia groups, a bipartisan group of senators on Wednesday introduced legislation to rein in some of the president’s war powers.

“Last week’s airstrikes in Syria show that the executive branch, regardless of party, will continue to stretch its war powers,” Kaine said in a statement. “Congress has a responsibility to not only vote to authorize new military action, but to repeal old authorizations that are no longer necessary.”

“The 1991 and 2002 AUMFs that underpinned the war against Iraq need to be taken off the books to prevent their future misuse,” he added. “They serve no operational purpose, keep us on permanent war footing, and undermine the sovereignty of Iraq, a close partner. I call on Congress to promptly take up this measure and for the Biden administration to support it to finally show the American people that the Article I and II branches can work together on these issues.”

The move came as Biden is facing criticism from lawmakers and legal scholars over the Feb. 25 “revenge” bombing that served as an official response to a series of rocket attacks on Iraqi military bases that host U.S. troops. There was another rocket attack just hours before the resolution’s introduction.

“If we assess a further response is warranted, we will take action again in a manner and time of our choosing and we reserve that option,” White House Press Secretary Jen Psaki said Wednesday. “What we won’t do is make a hasty or ill-informed decision that further escalates the [situation] or plays into the hands of our adversaries.”

Duckworth, a veteran, said in a statement that “as a nation, we are long overdue to have a thorough and honest reckoning about responsibly exercising congressional war powers, which includes repealing outdated authorities like the 1991 and 2002 AUMFs. For decades, administrations of both parties have kept these authorizations on the books to justify military action in the region without returning to Congress to make their best legal case for the need for such action.” 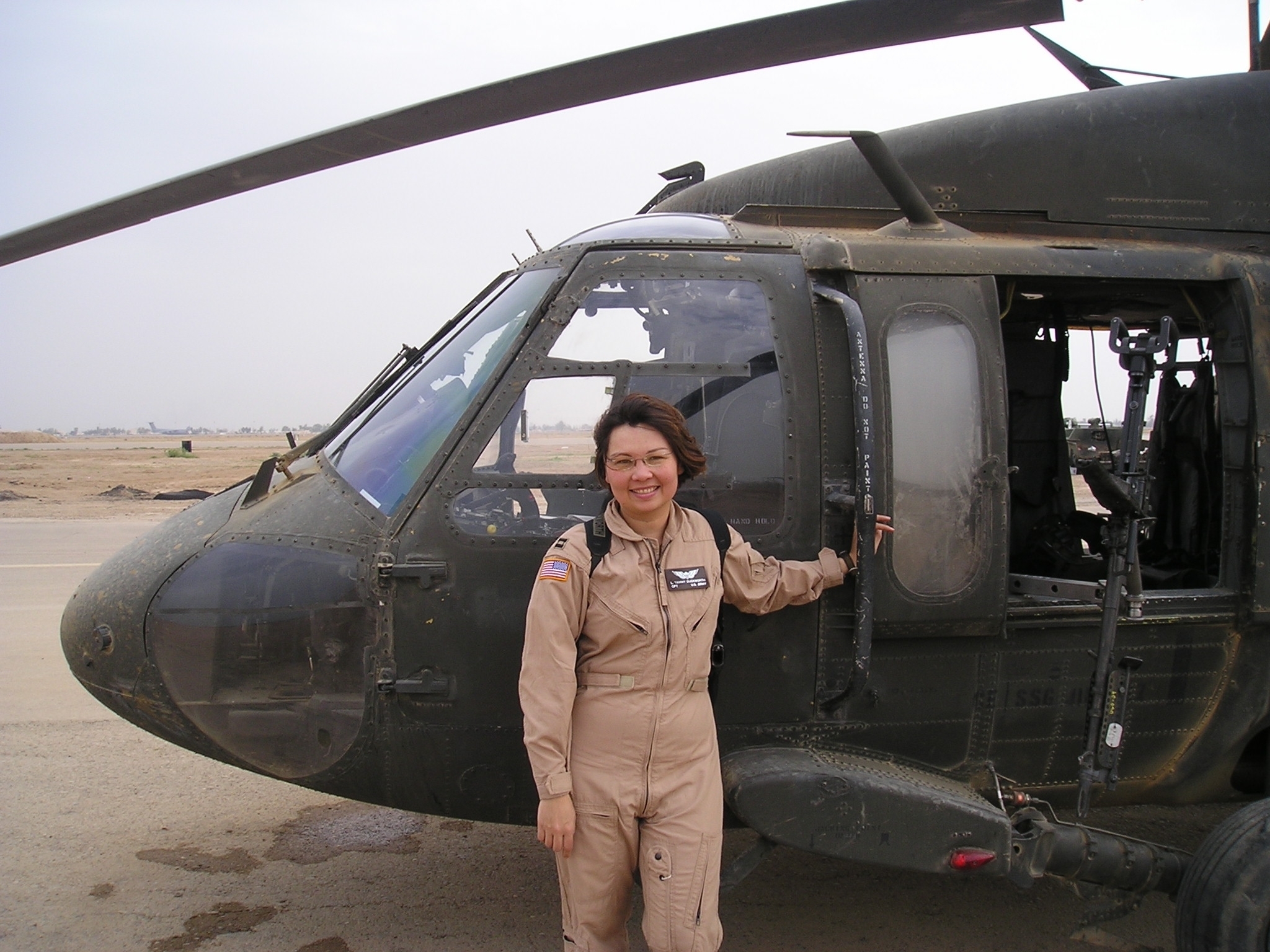 Sen. Tammy Duckworth, an Iraq War veteran and Black Hawk pilot whose helicopter was shot down in Iraq in 2004, shown in 2000 while serving as captain in the Illinois Army National Guard. (US Army, Robert Adams)

Politico reported Tuesday that some lawmakers — including Kaine — are frustrated that Biden did not notify them about Syria, ordered the strikes without seeking congressional approval, and still hasn’t had a briefing for senators.

“I still need to be convinced that any president has the authorization required to take a retaliatory strike, especially outside of Iraq,” said Sen. Chris Murphy (D-CT), who sat in on the briefing for Senate aides. “I didn’t hear anything today that convinced me that there was justification that I’d apply to any administration.”

Kaine, a member of the Senate Armed Services and Foreign Relations committees, told Politico that he learned about the strikes “on the news” and “I don’t think I should be learning about it that way.” He added that because Biden served as chairman of the Foreign Relations Committee, “he should understand more than most — more than just virtually anybody — that the Article I branch has got to have a role here.”

Though Kaine and other co-sponsors referenced the Syria strikes in their comments about the proposal, Lawfare noted that Biden did not rely on any AUMF in his legally required report to Congress on the action  — he only cited his constitutional authority as chief executive and commander-in-chief.

“This is not surprising,” Lawfare added. “Although the Bush, Obama, and Trump administrations cited the 2001 and 2002 AUMFs as continuing authority to use force in Iraq and Syria (including against the Islamic State), members of Congress of both parties have grown increasingly uncomfortable as successive presidents have stretched the 2001 and 2002 authorizations beyond their original purposes — the latter authorization especially so.”

While the Kaine-Young resolution doesn’t address the 2001 AUMF, Congress faced mounting pressure to end that authorization even before Biden authorized airstrikes last week.

As Common Dreams reported in mid-February, an ideologically diverse coalition of 25 groups sent a letter calling on lawmakers to “reorient U.S. foreign policy away from the unaccountable, interventionist approach we’ve seen for nearly two decades” by sunsetting the 2001 AUMF and repealing the 2002 AUMF. Some of those same organizations backed a letter to Biden demanding an end to “endless wars.”

The first letter specifically called on lawmakers to support legislation on those two authorizations from Rep. Barbara Lee (D-CA) — the only member of Congress who opposed the 2001 invasion of Afghanistan that led to the longest-ever U.S. war.

“The strike in Syria exemplifies why Congress must take action to repeal the 2001 and 2002 AUMF,” Lee tweeted after the attack. “No single person should have the power to authorize military force. The era of forever wars must end.”

16 comments for “US Senators Target Some Presidential War Powers”