No amount of clean technology, industrial growth or boosts to GDP will avert the economic and climate crises inextricable to profit-driven extraction, writes Lee Wengraf. 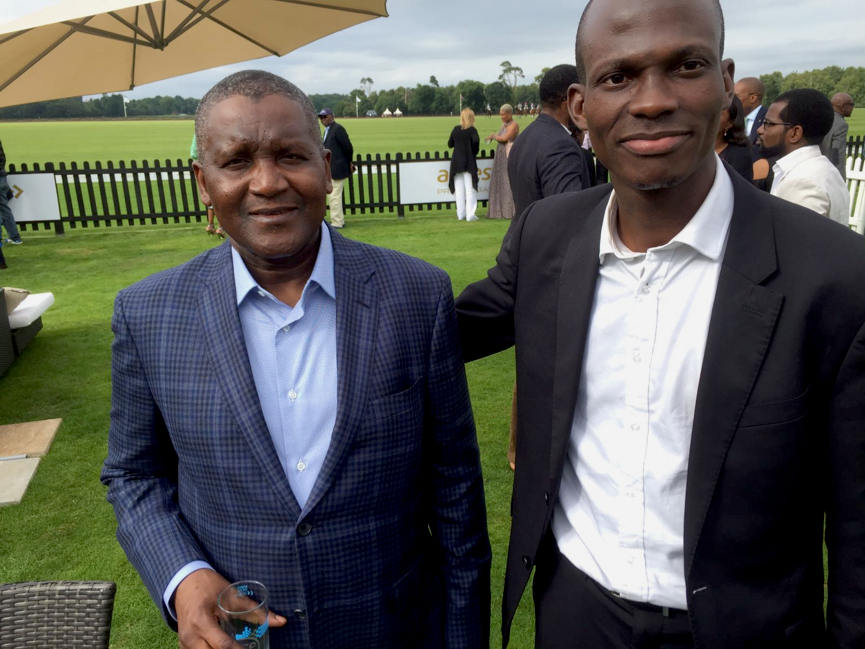 By Lee Wengraf
Africa is a Country

In 2013, billionaire Aliko Dangote, president of the Dangote Group, announced the construction of an oil refinery in the Ibeju-Lekki suburb of Lagos, Nigeria. While the completion date for Dangote Refinery has been pushed back several times (it’s now expected for 2021), the finished project is projected to be massive: at a cost of $12 billion, the refinery will be the biggest on the African continent and among the largest in the world. Its expected refining capacity is forecasted at 650,000 barrels per day (bpd) and could potentially create up to 70,000 jobs.

Nigeria of course is one of the world’s largest crude oil exporters —typically in the top 10 globally — and the largest in Africa. The Nigerian economy is heavily reliant on oil as its major source of revenue and for almost 100 percent of its foreign exchange earnings.

Yet, the energy needs for most people go unmet: the nation is one of the world’s lowest in power consumption per capita and approximately 25 percent of the population does not have a regular source of power. Despite its export capacity, Nigeria imports $7 billion of refined petroleum per year for domestic consumption, up to 70 – 80 percent of the national demand for gasoline, cooking fuel and inputs for petroleum-based products.

Refining on a large scale at Dangote is intended to up-end that reliance. But why does Nigeria import fuel for domestic use? And also, in a moment of global climate emergency, why is a major investment in the national energy supply anchored in an environment-destroying, fossil fuel-based solution?

Importing oil reflects and reinforces an array of dynamics in the Nigerian national economy. Currently the four state-owned refineries are decades old, and have virtually ground to a halt from disrepair.

Over the past few decades, industrialization has reversed relative to the 1960s and 1970s. World Bank and International Monetary Fund (IMF) structural adjustment programs (SAP) set the process in motion with requirements for loan recipients to lower tariffs and devalue the local currency, undermining the process of Nigerian industrial development and largely reinforcing economies reliant on the extraction and export of raw materials.

The SAP “conditionalities” also ensured nations in the global South subject to “adjustment” — in the context of a global drop in oil prices and ballooning public debt — would remain profitable markets for imports of finished products from “the West,” goals continuous with those of the colonial powers. These historical factors contribute to current economic conditions, where industrial levels remain weak and oil is mostly refined abroad. 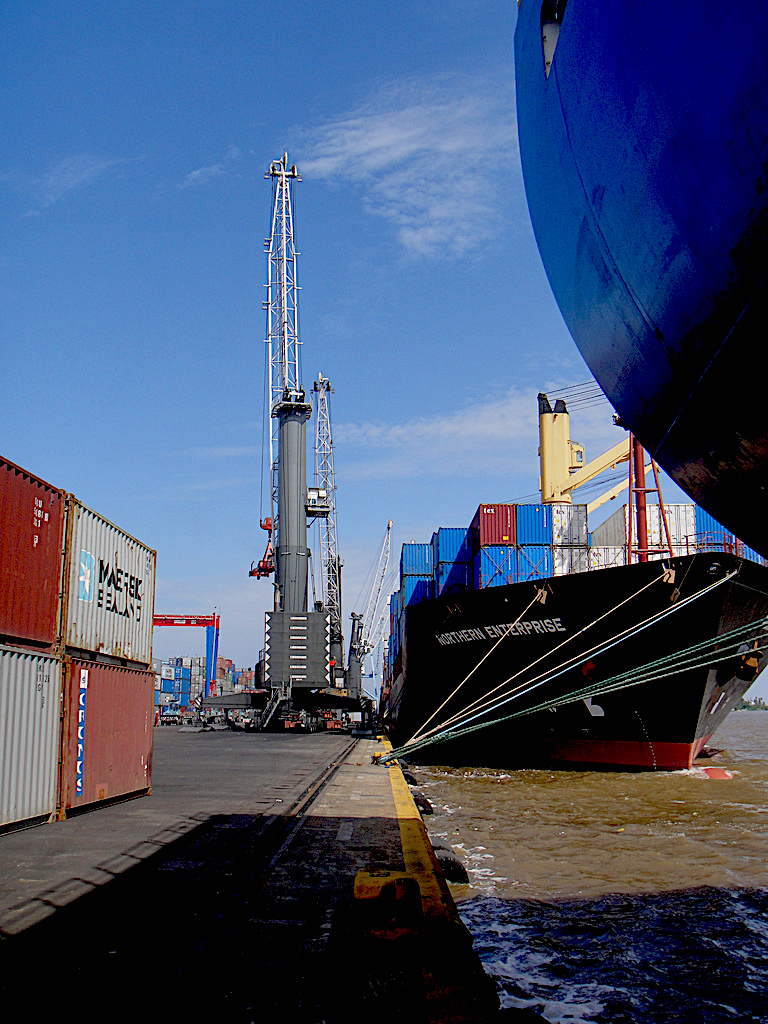 The overwhelming reliance on imported oil in Nigeria has been particularly harmful for the environment. A study by the monitoring organization Stakeholder Democracy Network (SDN) found that refined oil imported from Europe “exceeded EU pollution limits by as much as 204 times, and by 43 times the level for gasoline.” Approximately 80 percent  of oil imported by Nigeria comes from the Netherlands and Belgium alone. Dumping dirty fuel is no doubt an important factor in air quality that is among the worst on the planet.

The refinery project is moving forward under volatile economic conditions. The process of importing petroleum is a drain on foreign reserves yet for sections of the Nigerian business class, oil importing is a lucrative proposition.

For other elites — above all Dangote, Africa’s richest man — the Nigerian refinery presents a major opportunity despite the estimated $15 billion cost. Once fully operational, it’s forecasted to add $13 billion — a full 2.3 percent — to total GDP.

Still, volatility in global oil prices and the loss of foreign exchange earnings from crude sales presents a major risk. The IMF has projected the economy to shrink by 5.4 percent in 2020 because of the worldwide oil price crash. The petroleum industry hasn’t hesitated to pass along a series of painful fuel prices hikes, ensuring the energy needs of ordinary people remain largely unmet. 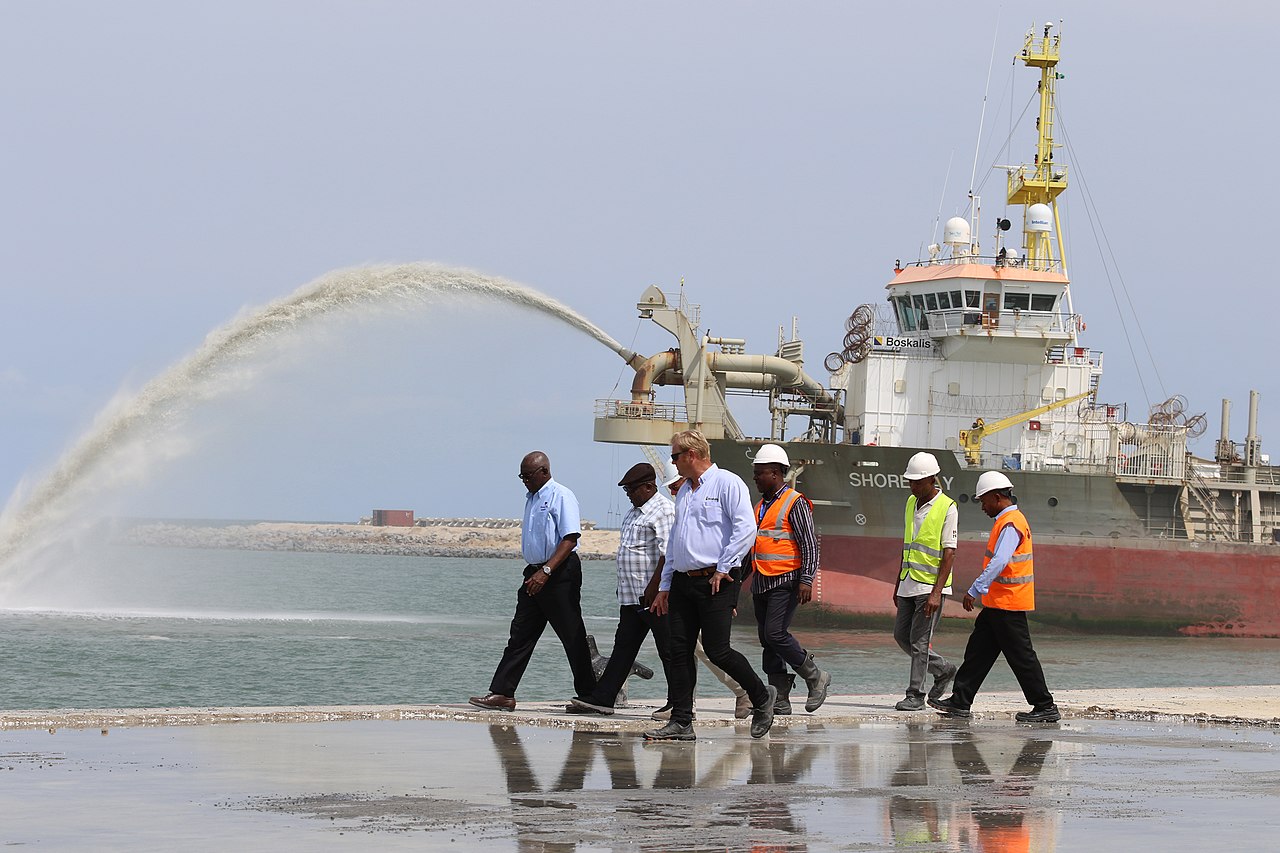 Another element in the risk assessment for Dangote is likely the global shift among corporate multinationals and governmental bodies toward a hypocritical support for “clean fuel” standards.

Notwithstanding these declarations, work on the new Dangote site has been a nightmare of construction-related pollution, with extensive digging and pipeline- and road-building.

The highly-congested urban area is now threatened with intensifying traffic problems and threats of groundwater contamination. With these developments, the region’s fish are vanishing. As former fisherman Ayo Falade told The Guardian (UK), “The dredging of the coast to sand fill [Lekki Lagoon] for the construction of the refinery made the fish in the area disappear. We had to travel far into the ocean to get fish, but even that became dangerous because the waves became unpredictable. A conservationist came and told us that the sand-filling was changing the local ecosystem.” Oil spills once the refinery is operational are another serious danger.

The World Bank is supporting the project, despite its stated institutional commitment to renewable energy. Meanwhile, Nigeria’s long-planned Petroleum Industry Bill (PIB) under discussion in the National Assembly contains provisions for a host community fund ostensibly to compensate oil-producing regions for environmental destruction; however, the PIB leaves the determination of “host community” to the discretion of the oil companies. All told, the new oil refinery is an expression of a wider context of a state — and global capital — anchored in a fossil fuel-based energy framework.

For decades, environmentalists and community activists have spoken out and struggled against the domination of the oil industry in Nigerian society, most visibly in the Niger River Delta oil-producing region. As elsewhere around the globe, the call for a society based on renewable energy sources is gaining strength. The Benin City-based ecological think-tank Health of Mother Earth Foundation writes:

Dangote may claim that the refinery will reduce pollution and the environmental impact of oil, but these solutions are inadequate to the ecological emergency. No amount of clean technology, industrial growth or boosts to GDP will avert the economic and climate crises inextricable to profit-driven extraction. Only community organizers mobilizing that vision of re-imagination can compel the systemic change so urgently needed.

Lee Wengraf is the author of Extracting Profit: Imperialism, Neoliberalism, and the New Scramble for Africa (2018) and a contributing editor at the Review of African Political Economy.